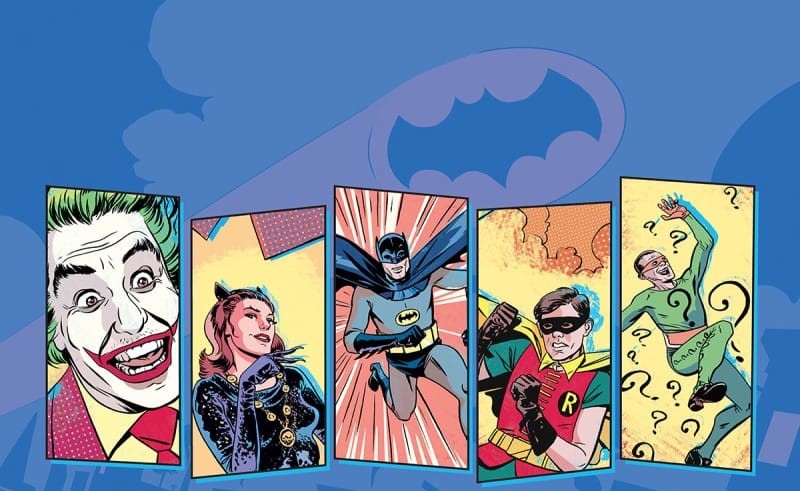 The recently concluded BATMAN ’66 comic by Jeff Parker and Jonathan Case reminded comic fans that Batman is more than his cape and cowl; he can crack a joke or two, as well.

Batman has always been among the most popular characters at DC Comics. During his 76 years in existence across various forms of media, the Caped Crusader has changed the pop culture landscape. Whether it be from his iconic costume or his famed rogue’s gallery of villains, Batman has undeniably been a pop-culture fixture since his debut in 1939. But perhaps one of Batman’s most enduring aspects has been his strangely transformative qualities over the years. He’s been tortured, fatherly, campy, and romantic, sometimes simultaneously, and that is why the BATMAN ’66 comic series is the most important one of the last few years.

Since the detective-noir-infused drama of BATMAN: THE ANIMATED SERIES lit up TV screens in 1992, there has been a response by creators to portray Batman as a darker, more troubled and tragic hero. Of course, the objective behind the bat persona in the first place was to strike fear into the hearts of Gotham City’s seedy and corrupt crime scene. Now, though, it has begun to put Batman into a bit of a box in terms of storytelling. Since the New 52 shakeup at DC, Scott Snyder and Greg Capullo have been churning out consistently great stories, but they have been universally mature. This isn’t a criticism, and they have yielded some of DC’s best stories since Flashpoint, but it has done little to really push the boundaries of who Batman is. It certainly contributes in compelling ways to the Batman mythos, but when you look at it next to the acclaimed ARKHAM video game series, or even to some extent THE DARK KNIGHT trilogy, it is apparent that, above all, what it does best is produce more of the established “dark and gritty” Batman that has been increasingly pushed since the first BATMAN movie. Of course, it’s important to tell good stories first and foremost, but with characters like Batman, who have so many varied depictions, it is possible for creators to still tell noteworthy stories in different ways. It’s that reinvention and creative freedom that allows these comic books characters to live on for decades past their introduction. 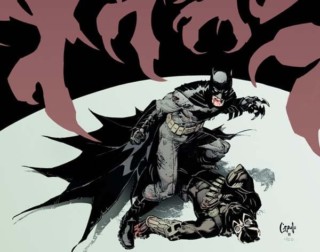 This is why the BATMAN ’66 comic is such an important one. While none of these darker portrayals of Gotham’s watchful protector have been inherently poor because of their dramatic tones, an abundance of related media perpetuating that depiction of the character can make you forget what it is that makes him so important to the comic industry. Batman’s importance is not that he is a human dressing up as a bat, which Manbat does not seem able to fully understand; his importance is that as a character he is whatever a writer and cultural context needs him to be.

When the BATMAN TV series aired in the ’60s, what was needed was a reprieve from that darker hero, something refreshing during years marked by foundational shifts in American society. Batman took up the mantle and became equally adept at throwing quips as he was at throwing comically-timed punches. It was delightfully cheesy and knowingly so. It was aware of its role and played it spectacularly.

In post-9/11 cinema, we needed a Batman that could fight against modern terrorism in the face of grave horrors, and we got that in THE DARK KNIGHT. However, with so much of the Batman media locked in by his portrayal as a dark and tortured savior, there needs to be a breath of fresh air, something that can make us appreciate, rather than take for granted, everything that Batman is. That’s what the BATMAN ’66 comic is. It is not only a celebration of the original TV show; it is a celebration of the humor and gaiety that exists in Batman’s universe if we allow ourselves to breath for a second. For every Court of Owls, there is a King Tut plotting away at how to seize and maintain control of Gotham City. They’re both ridiculous, and that’s the point. 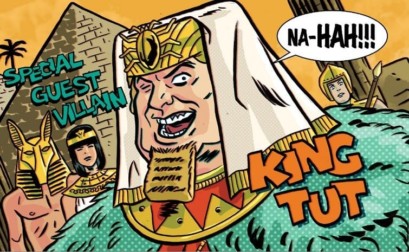 The best art is that which can stand up to its own ridiculousness, and Batman is able to do that without falling apart. In fact, it is because of it that it works so well. Where dramatic BATMAN waxes on Shakespearean theatrics and themes, campy BATMAN ’66 is there to remind you of the silliness of the whole endeavor. In many ways, the reason that BATMAN ’66 is the most important Batman comic of recent years is because, though it adds nothing to the complex story of Arkham’s most generous donor, it provides a space to step back and truly appreciate Batman in a larger scope.

Of course, none of this would make a difference if the actual comic was terrible, and thankfully it isn’t. It delivers in spades. It’s not merely a continuation of the original TV series, but rather a series that lives in that universe, adds to it, and enriches it further. For all of the wonderful line drawings, color schemes, wacky scripts, and bright humor, BATMAN ’66 shines on the merits of it not only being a great appreciation tool, but by being a plain old bowl of fun to dig into. Jeff Parker and Jonathan Case have truly done exceptional work toeing the fine line between fluffy homage and inspired comic storytelling. And that’s not saying anything about the art. Michael and Laura Allred’s jokey pop-art style really works well to remind us that, again, the whole Bat premise is about a bunch of guys and gals dressed in ridiculous costumes doing ridiculous things. 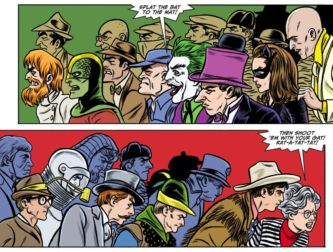 In the best way possible, what BATMAN ’66 does is mock the entire lineage of Gotham’s Dark Knight while simultaneously paying great respect to its storied past and bright future. Its importance is not in subtle, highbrow dramatics, but in the loud antics that remind us not to take ourselves, or our heroes, too seriously. If our superheroes instill a sense of justice and personal understanding in us, then BATMAN ’66 reminds us of the simple heroism of a friendly laugh. Sometimes, laughter really is the best medicine, and BATMAN ’66 is the comic to administer it.