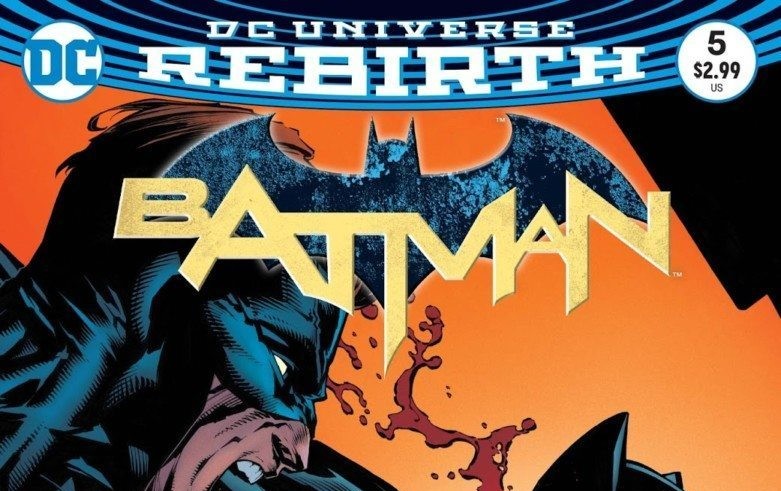 When you talk about iconic BATMAN writers, the ones whose names typically float to the surface are those who were able to weave a BATMAN story into a 10-12 issue arc, adding to the BATMAN canon. Jeph Loeb’s LONG HALLOWEEN and DARK VICTORY are great examples of this. Grant Morrison took it to the next step with a run on Batman that lasted several years, intertwining mythos from the past and pulling it into the present, killing and resurrecting Batman, and creating and killing Damian. Most recently, Scott Snyder had a 52 issue run as the head BATMAN writer in the New 52.

Tom King is the next writer who is kickstarting an epic storyline. Issue #5 of Tom King’s BATMAN wraps up the first minor arc in this epic overall story.

READ: Our review of BATMAN #4 by Tom King!

The first four issues showed us new superheroes Gotham and Gotham Girl as they attempted to save Gotham City from various disasters and crimes. They even managed to save Batman at one point. Unfortunately, Gotham becomes influenced by a supervillain called Psycho-Pirate, sending Gotham into a rage that ultimately has him targeting Gotham City for destruction. 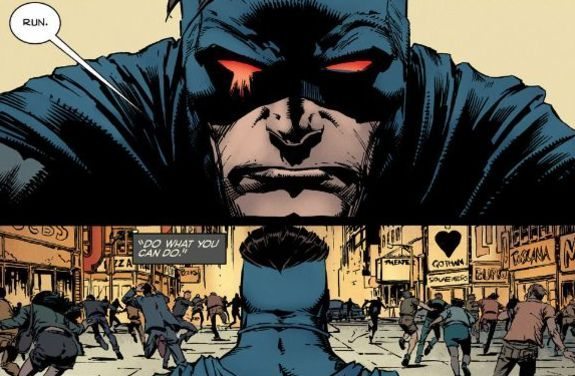 Issue #5 is primarily the story of the final battle with Gotham, and Batman has to pull out all the stops to take him down. Thus, as one would expect, this is an action-packed issue, filled with awesome moments, like Alfred driving the Batmobile in a Batman costume or Batman crashing a Batplane into Gotham. Unfortunately, none of this does the trick. I won’t give away the finale, but I will say that it’s a pretty powerful ending emotionally, and the final pages reveal a lot about what we’ll be seeing coming up. Needless to say, if those last two pages are any indicator, Tom King has outlined quite the saga for Batman and his allies.

The most interesting dynamic between any characters in this book is that of Duke and Gotham Girl. Duke shows that he can be a very effective listener and is great at figuring out just what to say. The bond between the two characters is apparent throughout the book, and we can look forward to seeing that bond continue to develop going forward.

As far as Batman goes in this issue, we get to see a side of Batman we don’t often see. By summoning the Justice League to come to Gotham City and help fight this battle, Batman demonstrates humility and accepts help that he would usually never take. This is a major growth period for Batman, both as a comic and as a character, and it’s clear that there will be a lot of opportunity in the future for that character to continue to change and influence the greater DC Universe. 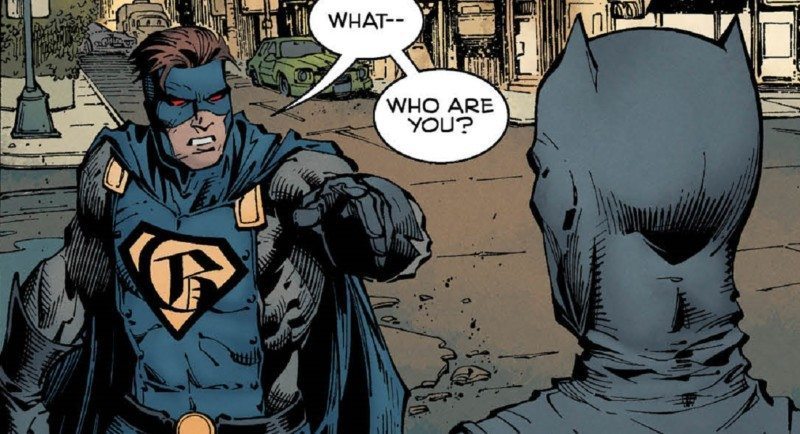 The art is stellar as always, with plenty of explosions, vehicles, and interaction with background objects, which makes the whole universe of the book feel more unified. There’s plenty of room for the art team to play, such as utilizing the Justice League, and they don’t disappoint. It’s what you would have come to expect from the art team, which is fantastic. However, I will say that I’m hoping for something a little more experimental coming down the line. With villains like Psycho-Pirate, Mad Hatter, and Scarecrow in Batman’s rogues gallery, there are plenty of opportunities for some abstract moments to add to the atmosphere of any future issues.

READ: Find out why Batman is such a successful symbol!

Overall, the plot of this book gives us a satisfying conclusion to Gotham’s arc. It is action-packed, explosive, and filled with great jaw-dropping moments. There’s some fantastic character development of Alfred, Batman, Duke, and Gotham Girl. Of course, as always, the art is spectacular, helping make this a gorgeous and fun read. If you haven’t read issues 1-4, you totally should, but you’ll have a lot of fun reading #5 even if you haven’t.