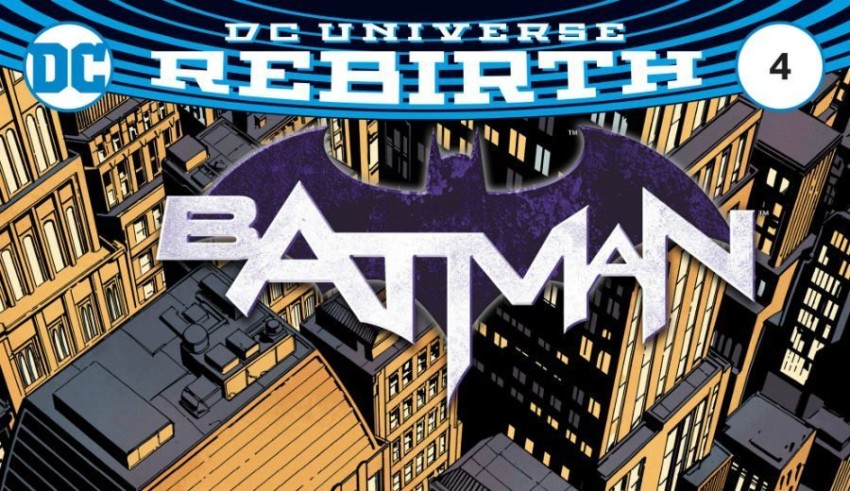 Gotham City has been as much of a character in the BATMAN comics as the Caped Crusader himself, and has been interpreted and handled differently by various artists and writers throughout the 75 years of the Dark Knight’s history. In the last four issues of BATMAN, we’ve seen writer Tom King actually personify the city in a pair of characters named Gotham and Gotham Girl. With superhuman powers, the two new heroes have already saved Batman’s life and proven that they are more than capable of doing great things.

Read: Catch up with our BATMAN #3 Review!

Unfortunately, as we see in BATMAN #4, when under the control of Psycho-Pirate, Gotham is also capable of great evil.

The focus of this issue was Batman’s investigation as to the whereabouts of Gotham and the cause of his hysteria. With few action scenes, issue four of the “I am Gotham” storyline was dialogue-heavy, but this allowed for several important developments, the most important of which highlights the differences between Gotham and Batman. 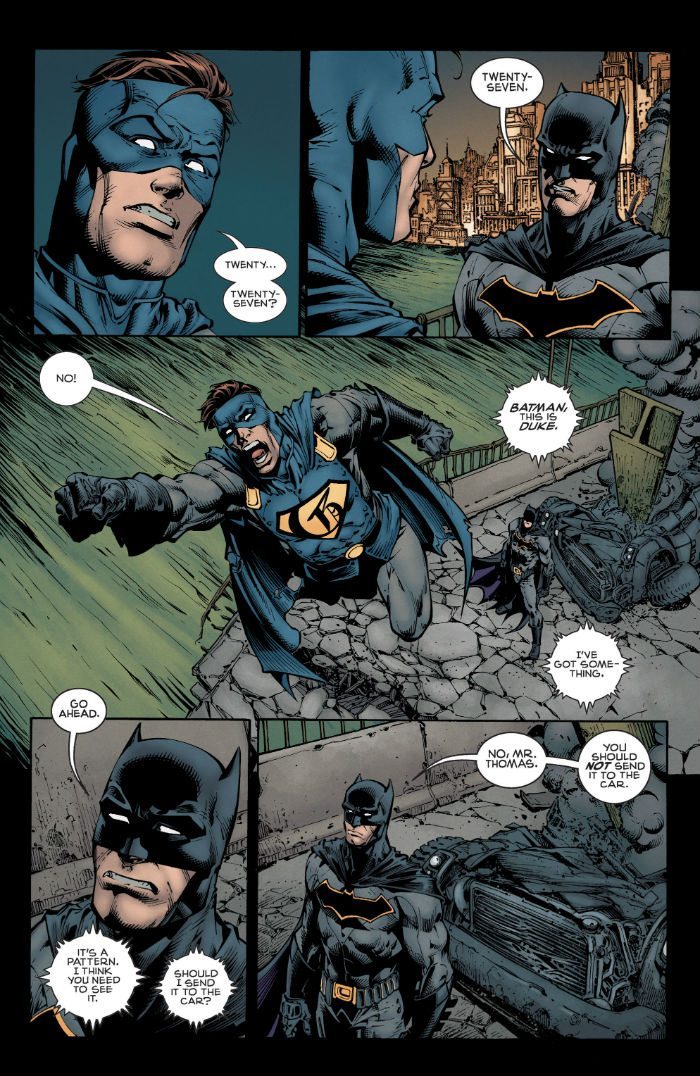 I had mentioned earlier that Gotham City is being personified in a character, but to say that Gotham is the first character to take on this personification is inaccurate. Earlier in the New 52 stories, Batman asserted that he was Gotham City. In the confrontation between Gotham and Batman, we are therefore seeing two sides of Gotham City fighting for superiority.  Batman is representative of old Gotham City; his is the classic superhero story, rising from the ashes of tragedy to fight crime with nothing but his will power, eventually becoming one of the most powerful non-superhumans on the Earth. Gotham, on the other hand, is part of a newer, younger generation of hero; he is super-powered, has no heavy personal tragedy in his backstory, and has a much more positive outlook than Batman’s jaded, cynical views.

READ: Find out why Batman is such a successful symbol!

Psycho-Pirate has touched on just the right nerve for Gotham to lose his cool. Gotham just wants to fix the city, but he doesn’t know how to and is incapable of fixing Gotham City in the way it needs to be fixed. His youthful dreams are being crushed by a bitter reality. Batman is incapable of relating to this emotion. As Batman, he has almost always succeeded, and has years of experience. His motivation isn’t to do good, it’s to prevent evil. Gotham’s is to do good, and now he’s being forced to the extreme end of that spectrum.

To accentuate the psychosis, the colors in this issue have taken a step away from the orange and blue palettes that have been in use up to this point. Adding a little more darkness to the oranges keeps things a bloody red or a rusty orange; meanwhile, the blues have been highlighted with hints of purple, which really make Gotham’s scenes feel a bit crazier than usual. The art itself is solid as always, with several full page spreads and impressive explosions. If there is any weakness to the art, it is that so much of it is spent on conversation in this issue; this is not the fault of the art team, but rather a less exciting, less action-packed issue. The art is nonetheless beautiful, detailed, and gritty. 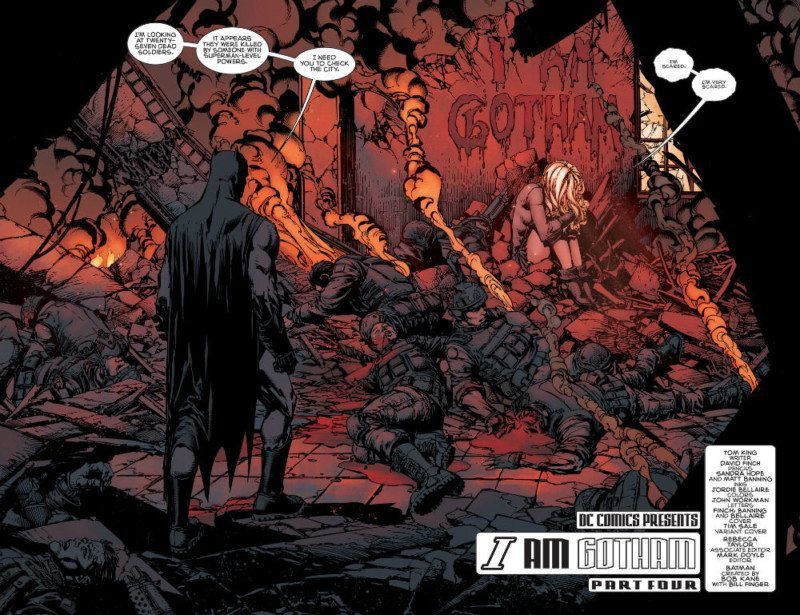 As a chapter in the overall story, this issue serves well to show the foil characters of Batman and Gotham, setting up for a future conflict. As a standalone issue, this is one of the less exciting issues of Batman that I’ve read. Those of you who have been following the story will definitely want to pick it up, and if you haven’t been, you’ll want to catch up before reading issue four.