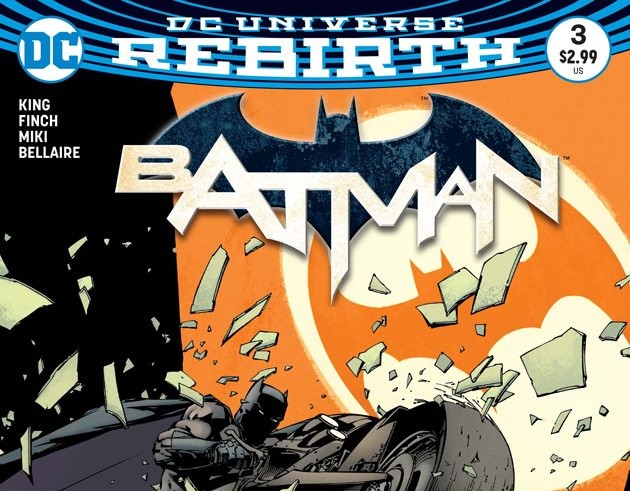 BATMAN #3 is a fantastic issue of DC’s on-going Batman REBIRTH series. Recently, we had been introduced to the two new superheroes of Gotham City, who are aptly named Gotham and Gotham Girl. Prior to the issue, all we knew about the duo was that they have powers and abilities similar to Superman’s. BATMAN #3 adds much-needed insight into the origins of Gotham and Gotham Girl.

In the last issue, we got a quick taste of Gotham City’s newest superhero duo working with Batman as they take down Solomon Grundy. Afterward, The Dark Knight allowed for the new duo to take part in a meeting with Commissioner Gordon. The conversation involved a discussion about the mysterious “Monster Men,” who seemed to be linked to the ingenious Hugo Strange!

In BATMAN #3, the focus is mainly on the origins of Gotham and Gotham Girl. The issue begins with the parents of the new superhero duo recounting the children’s upbringing, which led to their new personas. Turns out the duo consists of siblings Hank and Claire Clover. They had been inspired by The Dark Knight at a young age and wanted to help heal the world ever since. As Mr. and Mrs. Clover’s story ends, the issue jumps to Gotham and Gotham Girl responding to an explosion caused by the “Monster Men.”

Normally I would have a problem with the pace of the plot in an issue like this. The Monster Men are not explored as much as I would’ve liked and neither is their association with Hugo Strange. However, the origin story we get for Gotham and Gotham Girl was unexpected in a good way. Tom King tricks us with the similarities between Gotham and Batman early on in the issue with Hank Clover as a child accompanied by his parents walking down a dark alley and encountering an armed gunman. It’s a great piece of storytelling that had me believing the first few pages were just a retelling of Batman’s tragic origins. 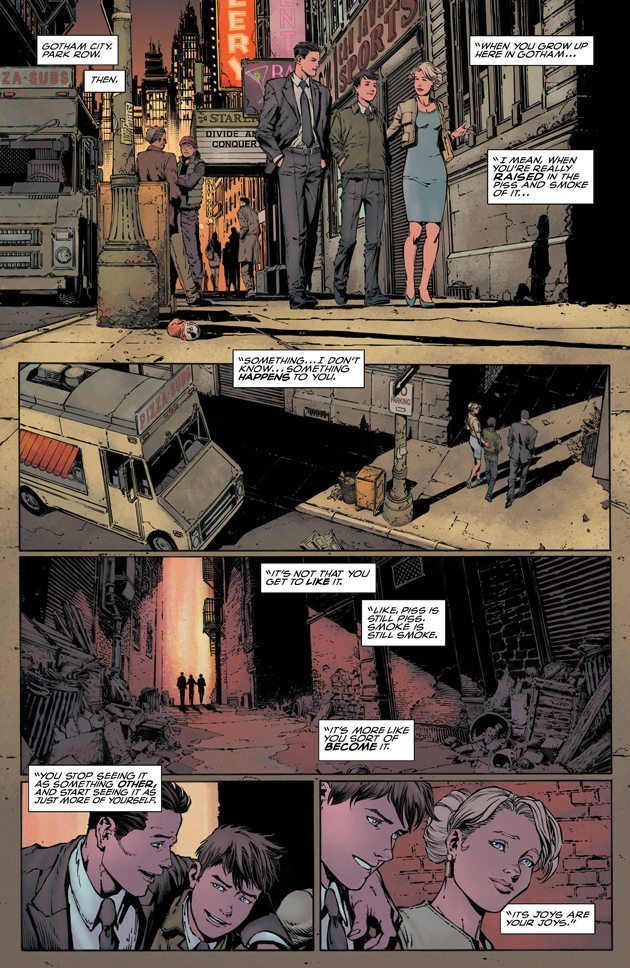 The issue seems to validate Gotham and Gotham Girl’s desire to be superheroes and fight crime. Usually, I’m suspicious (just as Batman typically is!) of any new character in a Batman title unless they’re suitable to be a Robin, but the two new Superman-like heroes seem genuine. I also thought that Batman’s trust in Gotham and Gotham Girl had been gained too quickly and I like that BATMAN #3 shows how suspicious he always will be as a character. It was great to see Bruce under his disguise of Matches Malone investigating the Clovers and getting the full story.

The art in this issue is very fitting to The Dark Knight style with its dark and gritty tones. The heroes are fighting and trying to save a bridge full of people in the sordid Gotham City, so the art must be dark and gritty. Also, I rarely enjoy looking at a series of panels depicting a montage, but BATMAN #3 does an impressive job with the successive images of Hank and Clare training to be heroes. The aging of the characters from panel to panel looks great and works so well. 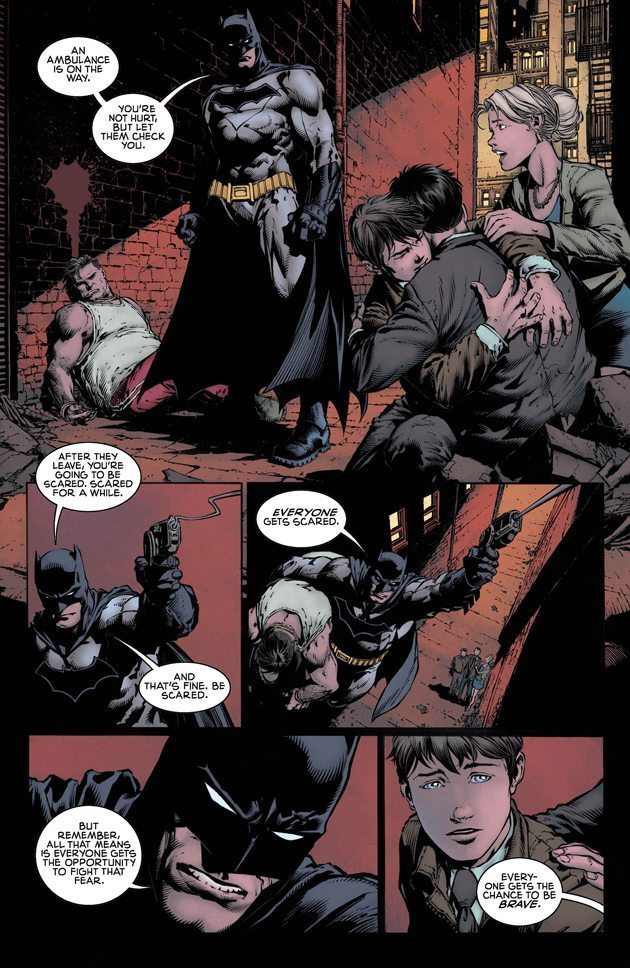 We have all been wondering who Gotham and Gotham Girl really are and BATMAN #3 immediately gives us their backstory. We may not know how they got their powers or what the extent of those abilities are, but we now know where they come from and why they wear the mask. I hope to learn more about these two going forward and how The Dark Knight deals with them.