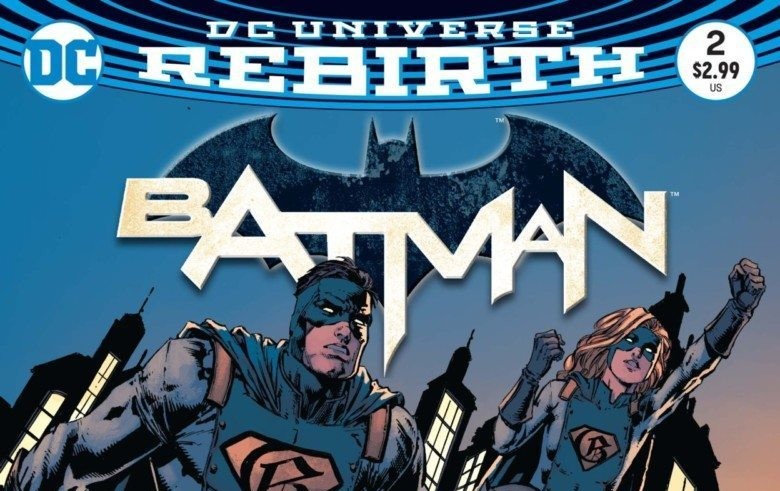 Tom King’s triumphant start of BATMAN continues the goodwill from issue #1. The story has a ton of interesting developments going on, but this particular piece’s strength comes from the excellent characterization of Batman and Alfred. The ever-cautious Batman seems to be actually trusting Gotham and Gotham Girl way more than his usual partnerships. Is his trust just a ruse?

READ: Our review of BATMAN #1!

The artwork from David Finch and Matt Banning establishes great action sequences with relatively well-sculpted characters. I wonder how the bi-weekly publishing schedule impacts the pace of work and consistency, though. With multiple artists, the line work seems to differ a bit. I’m not sure if it is different pencils or inkers, but slight alterations in line thickness develop towards the middle then kind of switch back. A different style emerges. It’s not awfully distracting. It is notable, however. It’s just something to keep in mind when picking up DC books now. 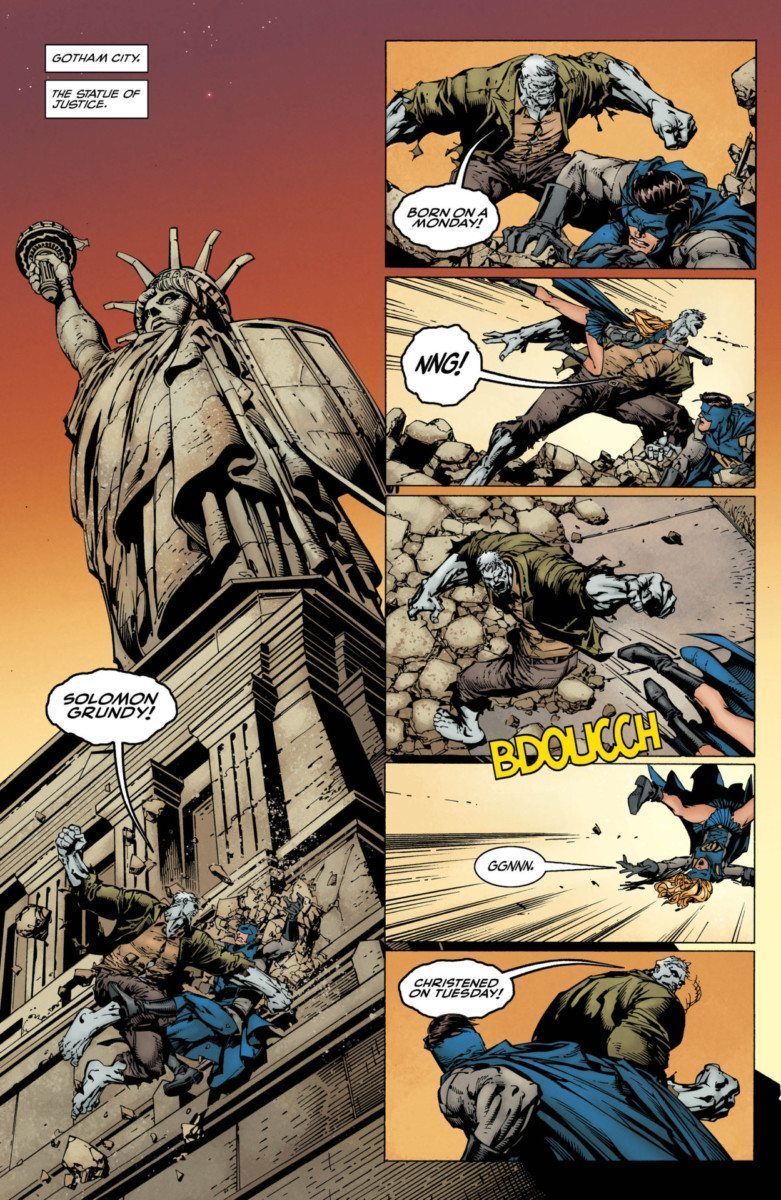 Trust happens to be a major motif of this issue, and Batman is oddly lenient with the Gotham duo. He’s still on their backs of course, breaking down mathematically what they did wrong as the destructive, chaotic battle with Solomon Grundy occurs, but it’s not the same frustration Batman has tended to display with various Robins, or even fellow Justice League members. The new super-powered duo are extremely eager to please, which may soften Batman’s aggressive mentorship. Even with his scolding, he trusts Gotham and Gotham Girl to a meeting with Commissioner Gordon, which is an endorsement of gigantic proportions so early on. In that conversation, we learn of a monstrous threat, concluding with some of Batman’s foes boasting about Gotham being saved.

Issue #2 definitely has its layers. It’s unclear why Batman has accepted the Gotham duo so quickly. He could just be using them against threats physically stronger than he is, but since when has that been an issue? The trust is most likely a ploy for scoping these new heroes out. As the world’s greatest detective, he’s going to get close, he’s going to get personal, and he’s going to peel back their true intentions. It’s just what he does. The story is definitely setting up a large-scale conflict. Batman has his poker face on. He’s been through this before. His mind is his biggest weapon. Perhaps Batman’s vague sudden trust has a deeper goal, or he might just be delusional. After all, he doesn’t even trust Alfred… 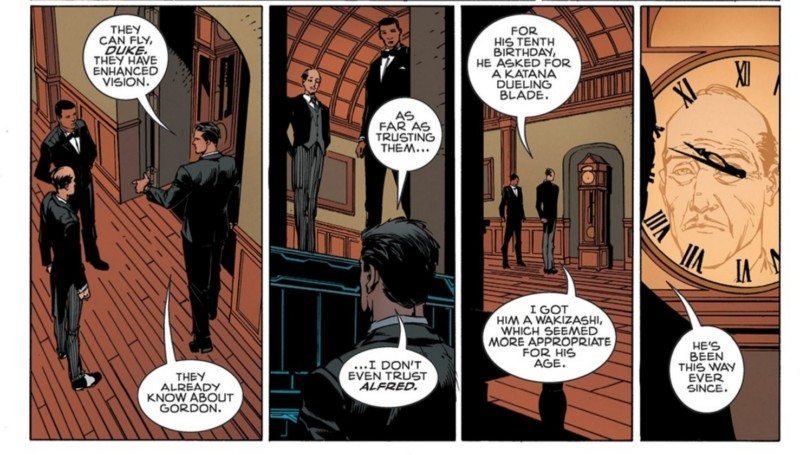 Tom King is excelling at writing Batman and Alfred. Batman’s intelligent skepticism and Alfred’s playful banter brought me to laughter, which was rather surprising. Bats treats all partners the same in varying degrees. His trust wavers, but his goals always remain pure. The mathematical breakdown he gives Gotham of the fight they have is genius. Alfred, on the other hand, takes no mercy for Bruce Wayne’s ways and attitude. He fires back with his wit. It’s almost as if you can feel him rolling his eyes through the panels. Alfred’s snarky charm is a superb comedic foil to the angst of Batman. How Alfred and Commissioner Gordon deal with Batman is also brilliantly fun. The quips they make are very fitting, even deserving.

Batman #2 is a book that holds its own. It may not be as good as the first, but we get to see more of the mysterious Gotham duo and what they can do. Batman and his comrades are depicted on point, so that’s a very pleasant victory for this exuberant fan base. Trust has always been Batman’s wart. Has he turned the corner or is he prepping for something insidious? Only Tom King knows! I’m excited to find out!