Bane delivers a beating to the Bat in part three of “I Am Bane.” While the brute force of the muscular giant packs a punch, it seems that Tom King’s Bane has fallen for the detective’s ploy… again. But where BATMAN #18 falters, it excels in portraying how two characters were wrapped in similar tragedies only to rise anew.

READ: Catch up on the last issue with our review of BATMAN #17!

The issue quickly picks up where BATMAN #17 last left off as Bane captures Batman’s allies. In exchange for their lives, Bane demands Psycho Pirate be returned to him. Batman, of course, refuses. This enrages the venom addict to the point that he strikes with vicious blows. While the violence lingers in the background of this issue, King treats us to some interesting — even eye-opening — flashbacks throughout the pages. With panel to panel comparison, the flashbacks showcase the resemblance between young Bruce and Bane. Both characters had to deal with the loss of their parents at an early age, and it’s quite chilling to see how both endured their childhoods — feeling scarred and susceptible at first and later going through intense training to better themselves. But at the end, one promises to spend their life warring on all criminals while the other plans to become their conqueror. 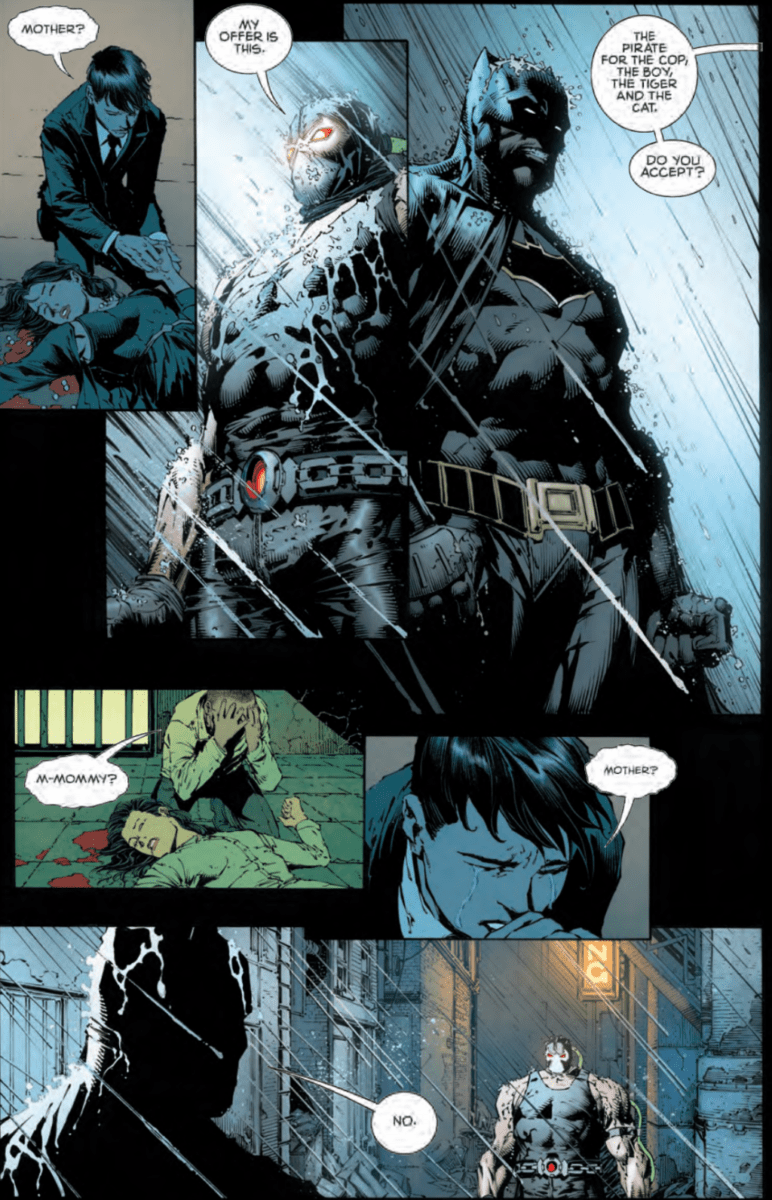 Tom King’s interesting perspective highlights similar beginnings with different results. Although Bruce lost his parents, he had support and role models like both Jim Gordon and Alfred, and let’s not forget all that family fortune. Bane, however, was raised in a dark prison cell with no role models to follow. While they turn out to be two completely different characters in the end, this new insight on Bane makes the villain feel more relatable to readers. Due to these additions, the overall plot not only makes you think about nature and nurture but also breathes new life and concepts into the expanding ethos of Batman.

While King has the writing chops for creating intense and intimate moments for his characters, the main plot makes a mockery out of its villain. Although Batman gets his ass kicked for the most part, he somehow pulls a fast one on Bane, proving to be one step ahead. Sure, he’s Batman, but this is frustrating since Bane’s treatment here feels too familiar to the “I Am Suicide” arc. King’s writing puts a lot at stake, putting Batman in vulnerable situations at first, but any feeling of actual danger leaves your eyes rolling after finding out Batman’s in control of the situation. Hopefully, the story will turn around in the remaining parts and prove why Bane is not to be trifled with. 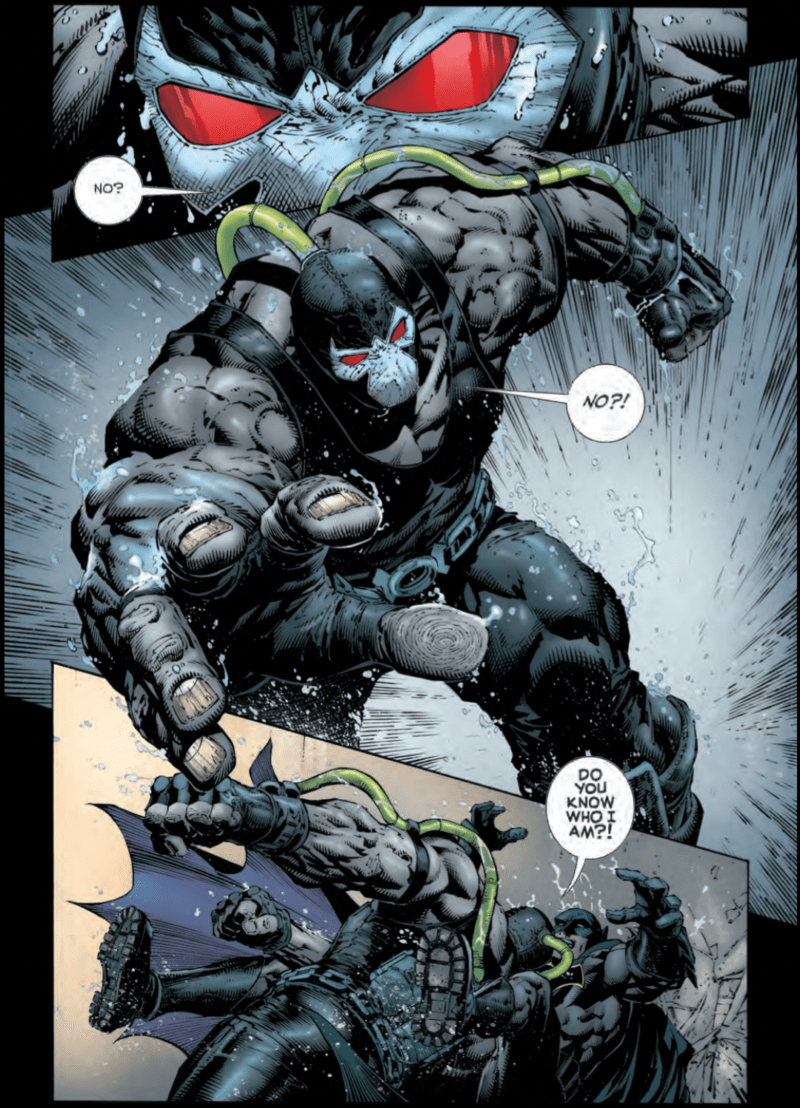 David Finch’s art makes this issue the darkest and bloodiest of the bunch. Revolved around a stormy night, Batman takes several punches and a giant boot to the face as blood spills in the pouring rain. Finch’s pencils have a particular attention towards body details and expression. The style embraces Bane’s iconic mask and costume, as his rage and oversized muscles take over the page. Further, during the flashback panels, the art is elevated thanks to the colors of Jordie Bellaire. The side-by-side panels utilize blue for young Bruce and green for Bane. This striking choice of colors contrasts two similar groups of panels as the overall mood of the plot sinks in with deep gray and drops of red for intense scenes.

BATMAN #18 may have you annoyed towards the end, but its impressive action scenes, combined with brilliant art and comparison panels, makes this issue notable. We’ve never seen Bane so up close and — not counting his nakedness — personal. By focusing on Bane’s tragic past and his similarities to Bruce, Tom King showcases the popular villain in a new and fascinating way. While the deep context is worth celebrating, let’s hope King gives the main story the same treatment for the next two remaining issues.