BATMAN #16 is the start of a new storyline titled “I Am Bane.” Writer Tom King introduces the new storyline with added humor wrapped in impending doom. This issue illuminates the classic characterizations of the Bat family with an end result that’ll make you (and even Batman) yell “I told you so!”. Although Bane’s defeat was rather swift in the “I am Suicide” storyline, here Tom King assures us that the villain’s not to be trifled with.

READ: To recap, here’s our review of how the Bat broke Bane in Tom King’s concluding issue of “I Am Suicide”

After the conclusion of the rooftop romance between the Bat and Cat in the previous storyline, this issue returns our attention to the case of Gotham Girl. In case you forgot about her, she’s still feeling the effects of paranoia from Psycho Pirate’s abilities. Now that Psycho Pirate is locked up in Arkham Asylum, Batman needs 5 full days of sessions to reverse the Psycho Pirate’s effects on Gotham Girl. The only thing stopping the Dark Knight is Bane’s appetite for vengeance. Although Bane’s physically absent from this issue, his presence still lingers. Bane makes his first move in the opening pages by attempting to use an Arkham security guard to take out Batman and free Psycho Pirate. This leads Bruce to ask his family of boy wonders not to pursue Bane, in order to secure their lives. 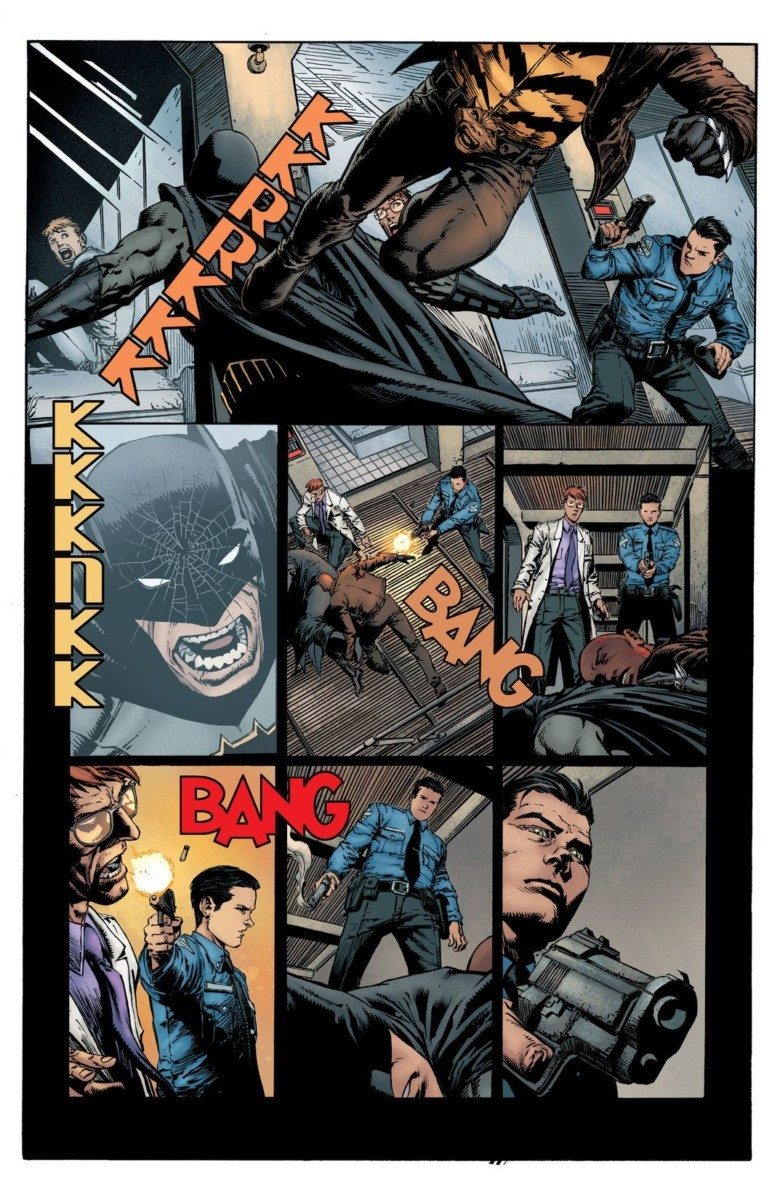 After starting the story with gripping sequences, Tom King fills the pages in between with engaging humor. We see Bruce and company in a fast food joint called Batburger. Yes, that’s exactly what it sounds like. A place where burgers, wings and nuggets are named after characters from the Bat mythos. Even the cashier is dressed in a knock off Batman costume! This, along with the quips from Dick, Jason and Damian, is quite entertaining to read. Furthermore, the interaction showcases their brotherly love, with the occasional death threats to each other. Yet, at the news of Bane’s return, all three are eager to help Bruce. But Bruce being classic Bruce, rejects their help, reminding them of the loss of Tim Drake AKA Red Robin. This further showcases the classic Bruce/Batman characteristics we all know and love (for the most part). Batman is the loner, who believes he alone can stop Bane. He refuses any help because that’ll put his Bat family in harm’s way. The current and past Robins, of course, all have the same response to this, as Dick AKA Nightwing tells Duke “..ignoring Batman’s pretty much the definition of being a Robin”. The issue quickly escalates, as the last page of the story leaves you in shock from Bane’s action. A bold move by Tom King, who does a fine job in keeping us in suspense until the next issue.

READ: Catch up on the previous issue with our review of Batman’s doomed relationship with Catwoman!

The “I Am Bane” storyline also features returning artist David Finch. Finch’s pencils of the character figures and environment are always intriguing to look at. His added attention to facial expression transcends in panels such as Bruce reacting to the server of Batburger or Gotham Girl screaming in horror from what she sees in the Batcave. The only minor issue is Finch’s depiction of certain facial structures. Bruce’s facial structure is almost identical to Jason’s or Dick’s, and even the security guard at Arkham in the opening pages. With only little differences in hair and eye color, outside of the cape and cowl, Finch’s drawings can make the characters hard to distinguish. 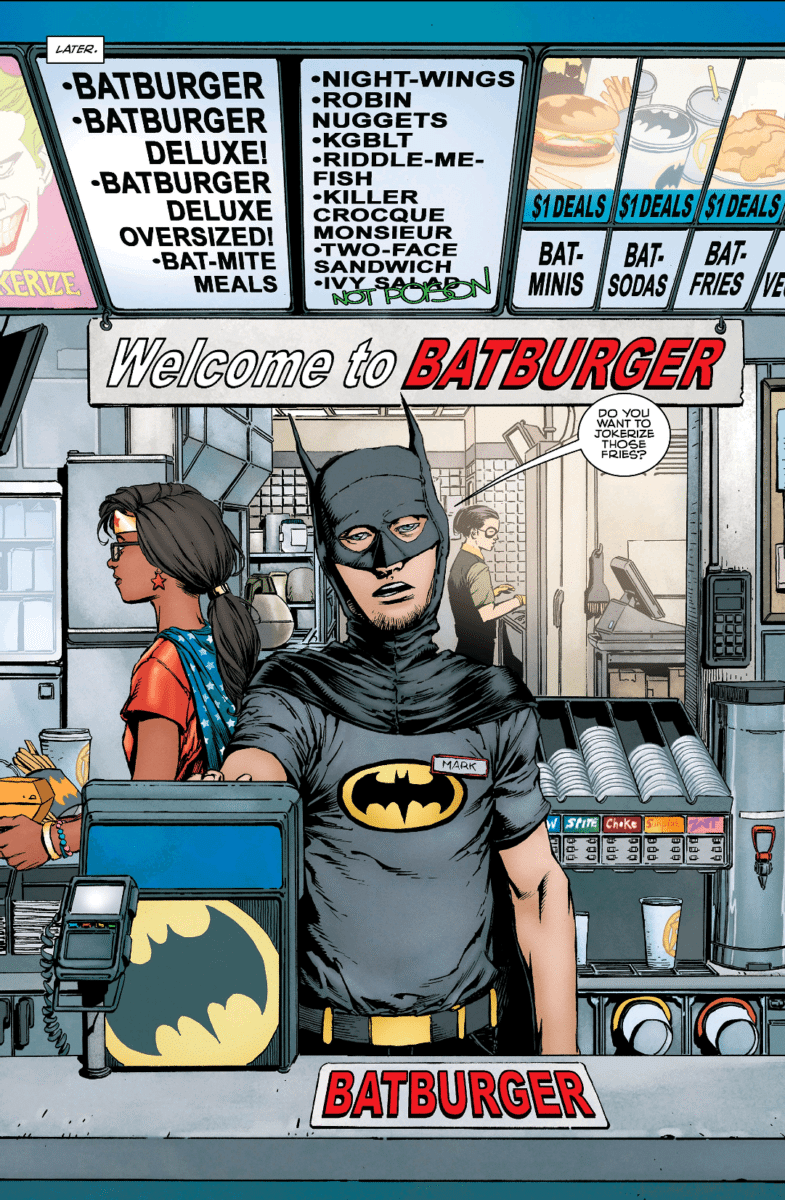 Jordie Bellaire’s use of explosive colors keeps the characters in focus as the surrounding colors capture the mood. During action panels in the opening pages, Bellaire disrupts the background with orange to further grasp your attention. The colors soon give way to a brighter atmosphere as Bruce and family dine at the whacky themed restaurant. At last, the pages sink into green and gray as the setting shifts towards the Bat cave. This sets up the dark tone, as the last page devours you in the haunting reveal in one full page.

Overall, the first part of “I Am Bane” will excite those who wanted more of Bane from the previous “I Am Suicide” storyline. While the issue doesn’t showcase the villain, his actions echo throughout the pages. In a recent interview, writer Tom King promised this arc will include the “greatest battle in the history of Batman,”  and if that’s true then King’s already off to great start. So yes, it’s a wonderful time to be a Batman reader!