BATMAN #10 picks up where the first part of the “I Am Suicide” arc left off. After recruiting members for his very own Suicide Squad, Batman goes on a risky mission to fight Bane and and grab Psycho Pirate in order to help a friend.

It’s imperative to understand exactly why Batman is seeking the villainous Psycho Pirate. In BATMAN #9, Claire aka Gotham Girl is deeply traumatized and continues to have nightmares. First, she lost her brother, Gotham. Then got Psycho Pirate infected her with fear, which turned her into a monster. The only one who can take away her fear is the person who infected fear in her in the first place. However, to get Psycho Pirate, Batman has to face off with Bane first. As Bane is off the strength-enhancing drug Venom, he needs Psycho Pirate to make him emotionally stronger.

READ: Need to catch up on Batman? Take a look at our BATMAN BEYOND: REBIRTH #1 Review!

This mission is particularly dangerous because Bane is notorious for being the man who broke the Bat. Batman tells Bane that he will go away if Bane turns Pyscho Pirate in. If not, Batman will break Bane’s back. Batman’s tone is assertive when he says it the first time, but the effect continues to fade every time he repeats the statement. It’s possible writer Tom King’s aim was to symbolize Batman’s bravery with the repetition, as if it is his mantra that keeps him going throughout the issue. However, it’s more likely to make readers like myself cringe. 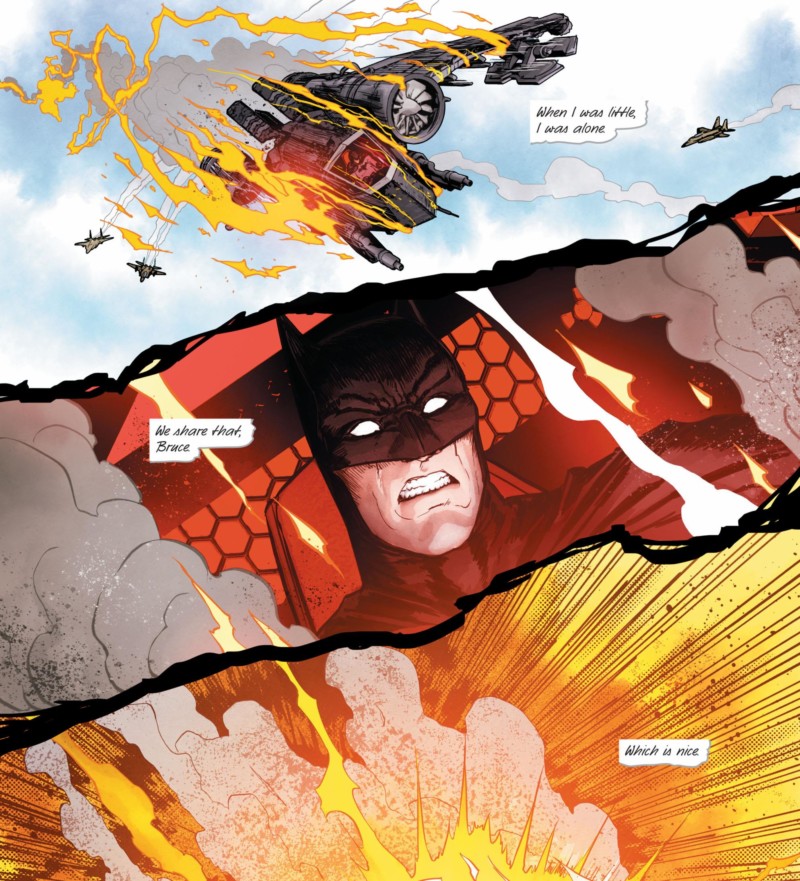 Bane tries to break the Bat once again as he throws him into a room where Bane spent seventeen years of torture. Mike Janin’s artwork of Batman sinking and rising in the waves of the tide is praiseworthy. Batman eventually gets back on his feet, which means Bane did not succeed in breaking him. It made me wonder: does that mean Bane’s main source of strength really is Venom, and that he can never be strong without it? Bane’s characterization in Batman #9 is undoubtedly the best part of the I AM SUICIDE arc. It’s quite disappointing for me that King did not elaborate more on Bane’s character in this issue.

READ: How Tim Burton’s BATMAN is responsible for the current state of DC’s on screen media!

My favorite part of the issue is Catwoman’s letter to Batman, which appears in captions throughout the issue as Batman is in his mission. It is raw, honest, and says a lot about her as a character. She talks about her traumatizing experience of growing up in a foster home and then escaping to an orphanage funded by Bruce’s parents. What moved me the most is her description of the bomb attack in the orphanage. Although she survived, hundreds of people were killed, including the janitor who was always kind to her.

She then explains how she and Batman are so alike and so different at the same time. They both had a tragic childhood, and roam around the city dressed as animals. Yet the Bat wants to save people while the Cat wants to kill them. Their similarities once got them into a relationship, but it couldn’t last due to their differences. It’s an interesting and thought-provoking reminder of how people can have similar experiences, and yet their goals can be so different. 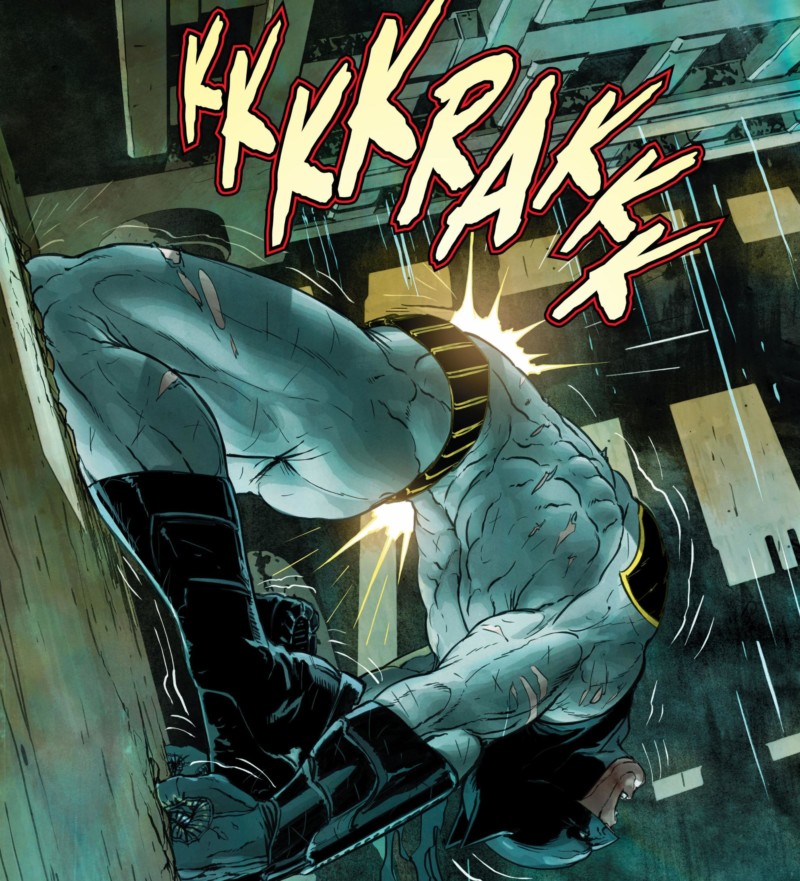 I AM SUICIDE part 1 is a very promising issue, but I am not very satisfied with the second part. The entire plot of BATMAN #10 is basically about Batman’s tiresome mantra and how he gets out of the room. Even though the main plot is muddled, I enjoyed the side plot with Catwoman’s backstory a lot. I believe King is a promising writer, so I’m hoping the next issue will have a stronger storyline. Plus the next issue is called “Breaking Bane”, which means lots of action should be coming soon!