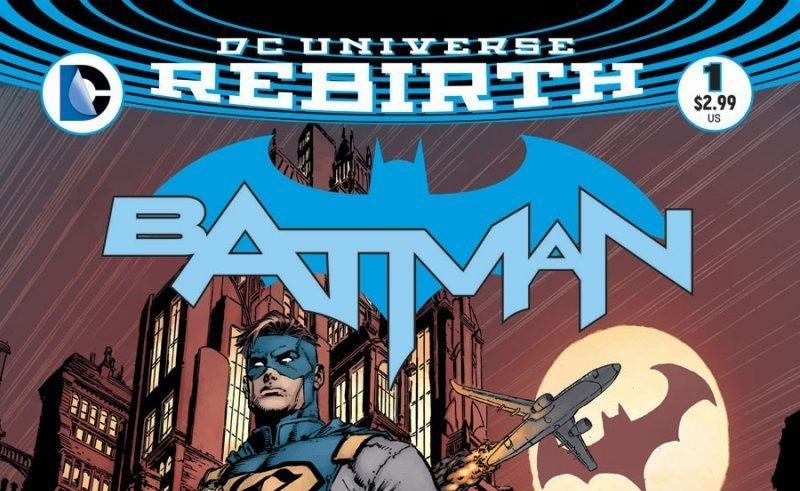 In a time when all of DC is going through a “rebirth,” a term with an unclear definition in the context of DC’s comic universe, it is easy to understand why some fans may have some trepidation about the changes that are coming to some of their favorite characters.  After all, the New 52 wasn’t widely accepted as a reboot to the established DC continuity, and comic fans aren’t exactly known for appreciating changes to their favorite characters. Personally, I love when writers try new things, and that’s why I had to jump on the opportunity to write this BATMAN #1 review.

BATMAN #1 succeeds in redefining Batman’s world while refusing to compromise on what it is that made Batman so popular in the years preceding the New 52.  This is very much the same Batman that we’ve seen throughout the years.  There are certain aspects of the character that simply will never change, such as his grief and drive from the traumatic death of his parents, his repartee with Alfred, and his self-sacrificing nature.  Fans of the character will be happy to know that all of this is present. 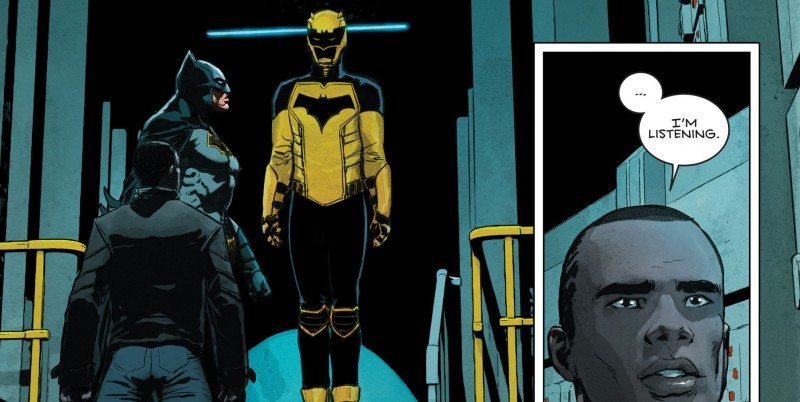 If you haven’t realized it by now, writers have the most freedom when it comes to sidekicks and villains.  You can’t do much to change the core of Batman, but you can create a new sidekick (New 52’s Bluebird) or reinvent a villain (New 52’s Joker).  In only 2 issues, Tom King has already done both.  Not only did he reinvent Calendar Man in BATMAN REBIRTH #1, he’s also making full use of Duke right from the get-go and developing him into a new ally for Batman. Duke has a particularly great moment in this issue, showing off the power of his brain, and between BATMAN REBIRTH #1 and BATMAN #1, I’m extremely curious about where this character is going to go and what he’s going to become.  Batman has spelled out that he’s trying “something new,” and I can’t wait to see what that is.

LISTEN: For an in-depth analysis of Scott Snyder’s run on BATMAN, you can’t miss this podcast!

King also introduces us to “Gotham” and “Gotham Girl,” two of the characters that were teased with the announcement of the Rebirth, but about whom we haven’t been told much.  These two are introduced with a bit of spectacle to show off their super strength and flight abilities, but other than their names and that skill set, we’re still left in the dark.  Are these two going to ultimately be allies or enemies?  It’s up in the air (no pun intended), but with Batman’s luck, I wouldn’t be surprised to find that these two heroes start with the best of intentions and find themselves at odds with the Dark Knight. 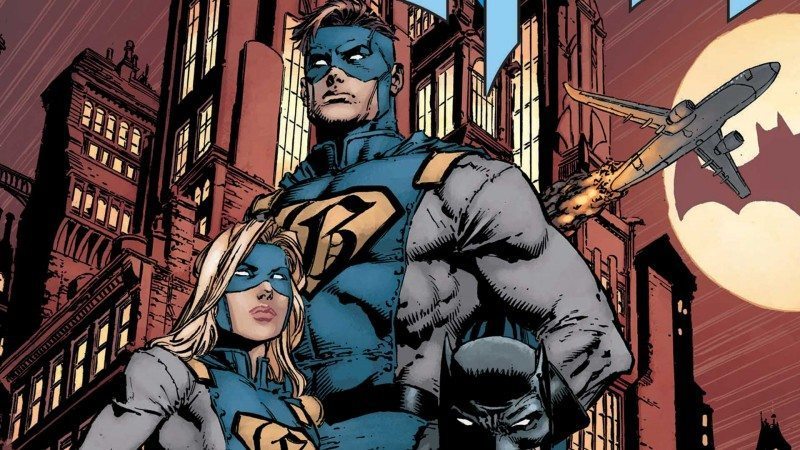 Even outside of the handling of the characters, the book is written very well.  The plot centers around a surface-to-air missile strike on a passenger jet.  As an individual comic issue, and, more importantly, as a #1, this book has everything a Batman fan could want–a rooftop meeting with Jim Gordon, a shadowy figure pulling strings for some nefarious purpose, a Batmobile that seems to be an awesome throwback to the Batmobiles of the early 90s, and an action-packed plot.  It’s the kind of read that keeps you on your seat, always guessing, thinking that you know where Tom King is taking the plot but hoping that you’re wrong.

READ: Want to know how Batman ended his time in the New 52? Read our review!

The art is not to be forgotten.  Aside from my appreciation for the design of the Batmobile, there’s a lot to love about the team of David Finch, Matt Banning, and Jordie Bellaire.  From the opening pages, which seem to mimic those of Frank Miller’s YEAR ONE, to the last spotlight page, this team takes us on a whirlwind adventure.  A careful reader will realize that this whole book is taking place in a matter of minutes–roughly 3 or 4.  What’s great about the art is that, even if you don’t realize the timespan of the comic, you’ll feel the speed and the urgency.  Be sure to note the usage of blues and oranges in the colors of the comic. The light blues echo the still sad isolation of the Batcave while the oranges ignite the action scenes.  It’s a very obvious tonal shift–somber stillness and safety versus roaring fire and danger.

LISTEN: For more Batman excitement, check out our podcast on DC’s Holy Trinity!

In all, this first issue was an excellent way to kick off the new BATMAN series.  The art was spectacular and made me fly through the book.  The writing nailed the old characters and gave us just enough of something new to get me very excited about what’s coming up.  Even better, this issue stands well on its own; it has a self-contained plot that is extremely action-packed and hits on some of the common elements of Batman.  These familiar elements should be pleasing to longtime fans, but the book doesn’t shy away from changing things up just a bit.  Tom King is here, and just like Batman, he’s trying “something new.”