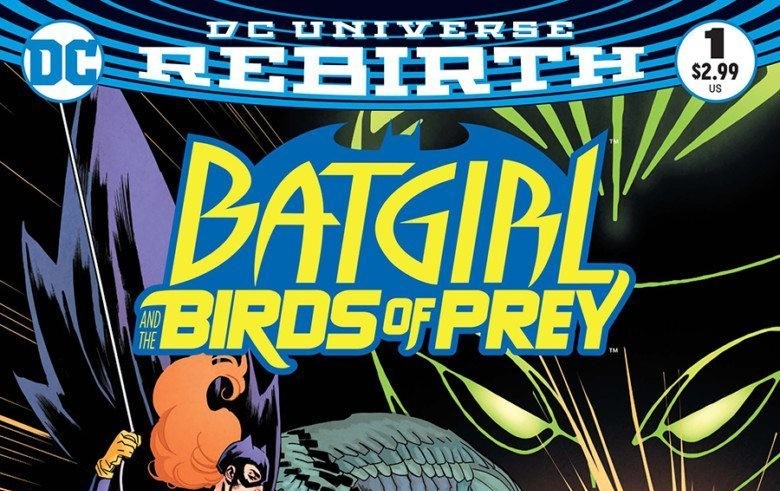 Although DC Comics’ Rebirth event has been going strong for months , there are still several titles left to officially launch. Case in point, this week the company released the inaugural issue of BATGIRL AND THE BIRDS OF PREY from first-time comic writers Julie and Shawna Benson and artist Claire Roe. The status quo for the series’ first arc was established in the BATGIRL AND THE BIRDS OF PREY REBIRTH one-shot, as Batgirl and Black Canary teamed up to find out who’d stolen the Oracle identity and in turn found Huntress hunting down the same mobster for very different reasons.

READ: Catch up on the group’s new status quo in BATGIRL AND THE BIRDS OF PREY REBIRTH #1!

The issue begins with a flashback to an earlier BOP adventure, with Dinah reminiscing about how her physical skills and Barbara’s technical prowess worked together. The book then jumps back to the present and picks up where the one-shot left off, with Batgirl and Black Canary chasing down Huntress, who’s in turn chasing down a mobster. The trio catch up to the target’s car, only to find him already dead. 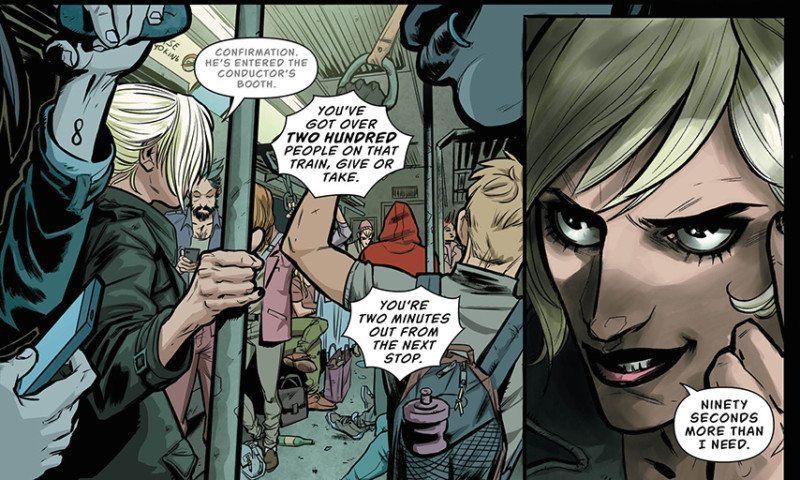 Dinah and Barbara end up back at their old clock tower headquarters, which Babs has repurchased, and attempt to come up with a plan. Barbara is eventually able to track the Oracle signal, however the duo are confronted by Huntress and brawl until interrupted by the Asp, a new villain neither the characters or readers have ever seen before, leading to an alliance, and a big reveal to end the issue.

I had mixed feelings about the Rebirth one-shot that launched this iteration of BIRDS OF PREY, and unfortunately I felt the same way about this issue. There is a lot to like here, most of it stemming from how well the Bensons get the characters. The opening flashback sequence is a perfect example. The strong bond of friendship between Dinah and Barbara is on full display, aided by the former’s narration. From there, the interplay between the two is pitch perfect throughout the issue. I also enjoy how aware Dinah is about what the Oracle name means to Barbara and wants to help her get it back. Once Huntress decides to start working with them the trio dynamic clicks right into place, and the Bensons allow the “new” Helena to really hold her own, particularly in the screaming match she has with Batgirl.

LISTEN: Enjoy comics you feel you shouldn’t? Check out our podcast on Guilty Pleasures.

Unfortunately, as good as the character-work is, the plot is a bit of a letdown. Everything moves just a bit too fast. The story jumps from the motorcycle chase to the dead mobster to the clock tower to the mansion to the fight so quickly that nothing has any staying power. By the time the issue ended on its big reveal I felt so burnt out that it barely registered with me. Even Huntress joining the team, while entertaining from a character sense, could have probably been drawn out to the next issue. Overall, the whole issue felt like a buffet where I was able to smell a delicious plate of food in front of me, but it was pulled away and something else put in its place before I had a chance to eat it. 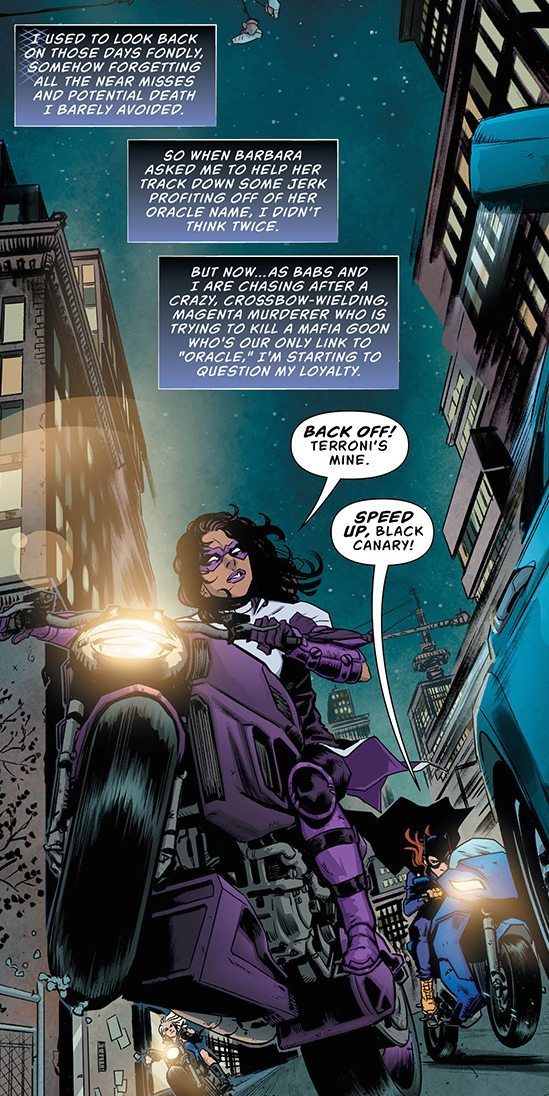 Much like the rest of the book, the art fluctuated between good and mediocre. When Claire Roe (who inks her own work) is firing on all cylinders, like the motorcycle chase, the book is a pleasure to look at. However there are other moments where the characters look completely off-model, especially in their faces. Several times Barbara and Dinah look nothing like themselves. It’s incredibly distracting, and it really damages the overall visual flow of the story.

BATGIRL AND THE BIRDS OF PREY #1 is a hit-or-miss issue in both its story and, at times, its art. The well-done character work leaves me with hope that the series will be able to steadily improve as the creative team gets more comfortable with the comic book format.