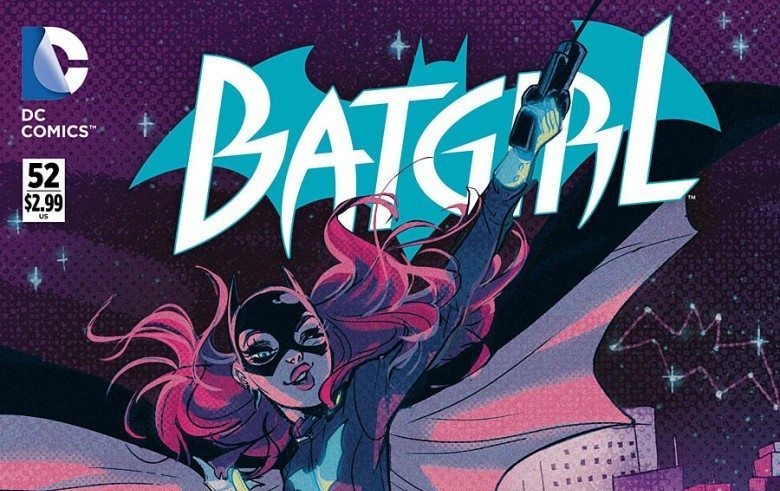 On the same day that DC Comics released their long-anticipated REBIRTH, the company also released the final issues of several of the series launched with 2011’s New 52. One of those was the 52nd issue of BATGIRL from writer Brenden Fletcher and artists Elenora Carlini and Minkyu Jung. The story closes out the character’s time in Burnside while at the same time setting the stage for her post-Rebirth direction.

READ: Missed the first half of this story? Our BATGIRL #51 review has you covered.

The issue begins a short time after last month’s BATGIRL #51 ended, with the Gladius terrorist group and their leader Gladius Commander having taken Gotham Academy and its students hostage. Batgirl and her team (Black Canary, Spoiler, Bluebird, and Vixen) are on site but are trying to create a diversion before entering so as not to get any students killed. They get one thanks to Olive and Maps (of GOTHAM ACADEMY fame) and are able to defeat Gladius’s forces. They learn, though, that the commander had actually escaped and left a decoy in her place. 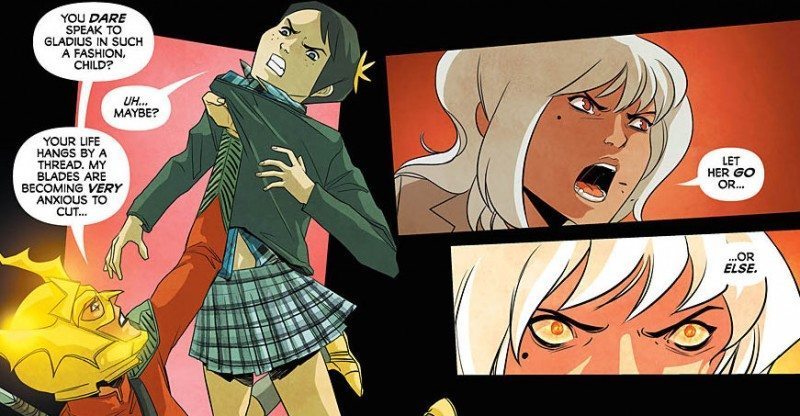 Barbara deduces that the Commander plans to steal a potentially deadly piece of tech from Gordon Technology. The team arrives at the office only to find that they’re too late to stop her. Batgirl heads off to find her, chasing her down and defeating her. With the villain safely incarcerated, Barbara’s friends throw her a going-away party where she reminisces with each of them before heading off on her spiritual quest. The issue, and series, ends with Babs bidding farewell to Dinah and Frankie and promising to return.

I find myself somewhat conflicted on BATGIRL #52. From an emotional standpoint, it hits all the right notes. Barbara’s emotional journey from the start of the series is very effectively paid off. She came to Burnside feeling very alone and trying to break away from the Bat-Family and leaves having established an extended family in both facets of her life. From a personal standpoint, she’s developed close bonds with Quadir and Nadimah, and strengthened her sisterly bonds with Dinah, Frankie, and Alysia. As Batgirl, she’s united with the future Birds of Prey. They works incredibly well together as a team and Fletcher lays the groundwork well for their new title. These moments give added weight to Barbara’s decision to leave Gotham, setting the emotional stage for the new BATGIRL series. Even the cameo appearances from Maps and Olive work as a way to give some closure to the chapter of new, youthful Gotham family titles that Fletcher has handled over the past several years. 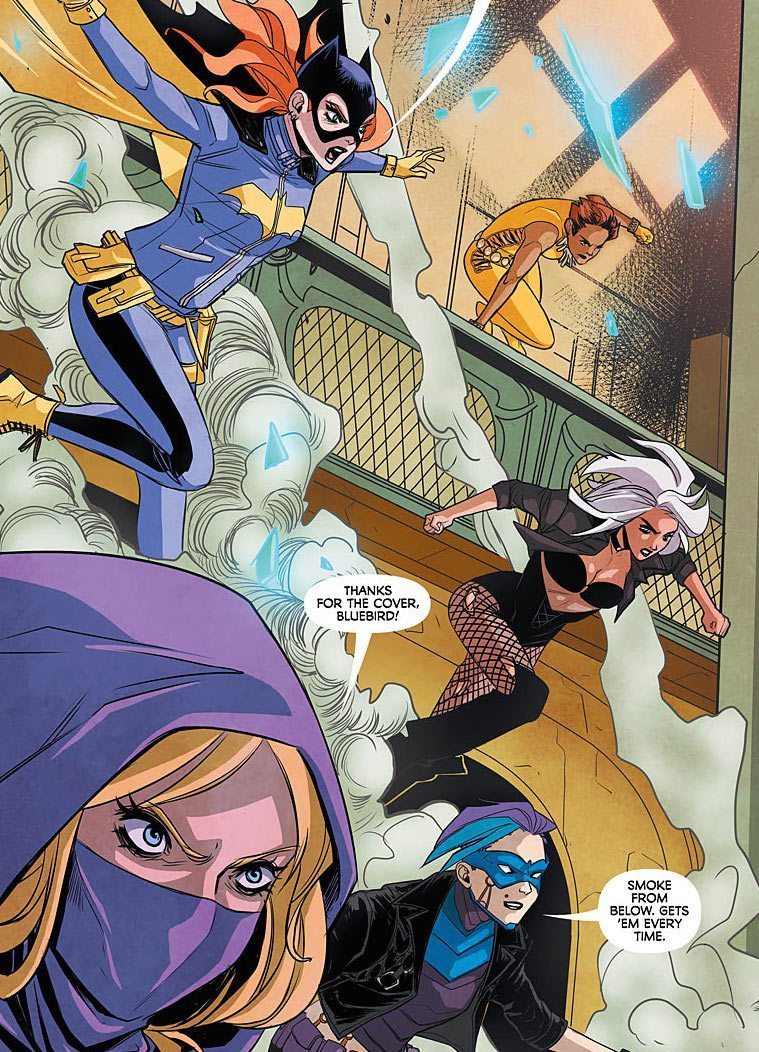 All that said, the pacing of the story is a bit of a detriment since it all just moves too fast. The first half of the book featuring the battle at Gotham Academy feels like something that could take up a whole issue’s worth of story. The same goes for the final chase with Gladius Commander, which feels quite anti-climactic, only coming in at three pages. The previous issue felt the same way, meaning that these final two issues feel like they have four issues worth of stories between them. It’s tough to blame Fletcher for this, as DC obviously imposed the series’ endpoint, but I do feel like it could have been managed slightly better. I will say that Barbara’s goodbye is paced perfectly and doesn’t at all feel rushed, which is a major plus.

READ: Check out our review of DC UNIVERSE REBIRTH #1 here!

Artistically, the story is split between Carlini and Jung, with the latter’s four-page contribution sandwiched between the work of the former. Both are good, but when push comes to shove I would say I prefer Carlini’s overall because it feels more like the Babs Tarr aesthetic the series has been known for. I particularly liked how she displays Barbara’s didactic memory, especially during the goodbye part Alysia throws her. 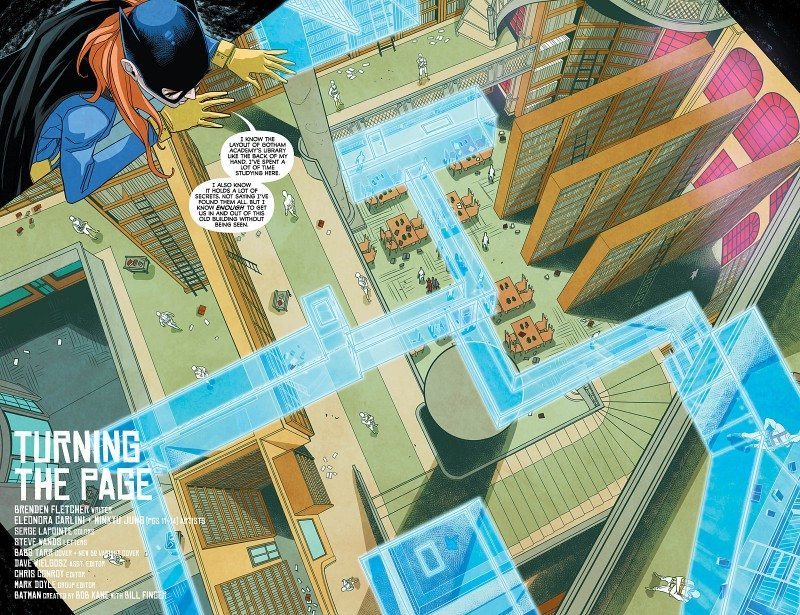 BATGIRL #52 is a strong issue that I’d recommend for those who enjoyed the Burnside run as a whole. Those excited for the upcoming REBIRTH BATGIRL and BATGIRL & THE BIRDS OF PREY series will also want to check it out, as Fletcher lays the groundwork for both.