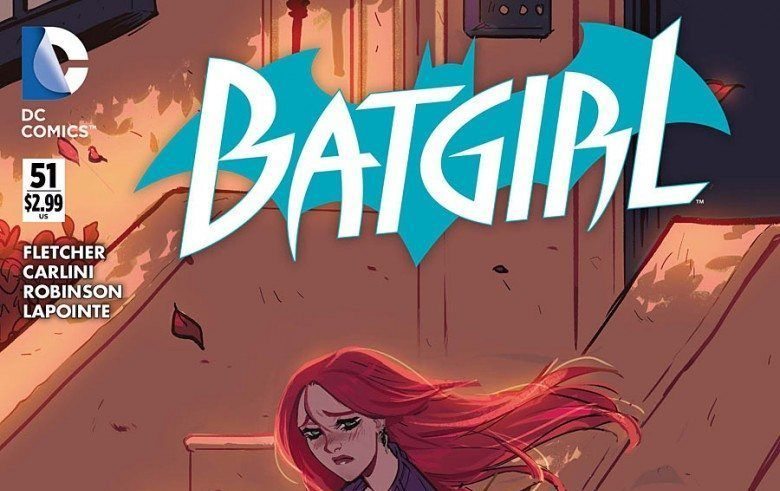 Last month’s BATGIRL #50 was a climactic issue in the series’ run for several reasons. It marked the departure of co-writer Cameron Stewart and artist Babs Tarr, two-thirds of the creative team that launched the title’s Burnside era in 2014 and gave closure to several long-running story arcs. With that in mind, it seemed that the series’ final two issues before DC’s May Rebirth would simply be house-cleaning from BATGIRL’s remaining co-writer Brenden Fletcher. However, Fletcher, along with artists Elanori Carlini, Minkyu Jung, and Roger Robinson do something much more interesting.

READ: Catch up on the previous issue of BATGIRL here!

The issue begins with Spoiler, aided by Frankie over her headset, stopping an armed robbery by a duo of Gladius terrorists, a mysterious organization who were introduced trying to blow up Gotham Academy in last year’s BATGIRL ANNUAL. Later, Barbara is upset that Frankie had given Spoiler such a dangerous mission, but the Frankie responds by saying that Barbara was nowhere to be found. It emerges through conversation with Frankie that this has been a running theme in Barbara’s life recently. Her time at her newly created technology company has severely impacted the time she can spend as Batgirl leaving Burnside open to criminal activity and Barbara conflicted as to what her priorities should be. 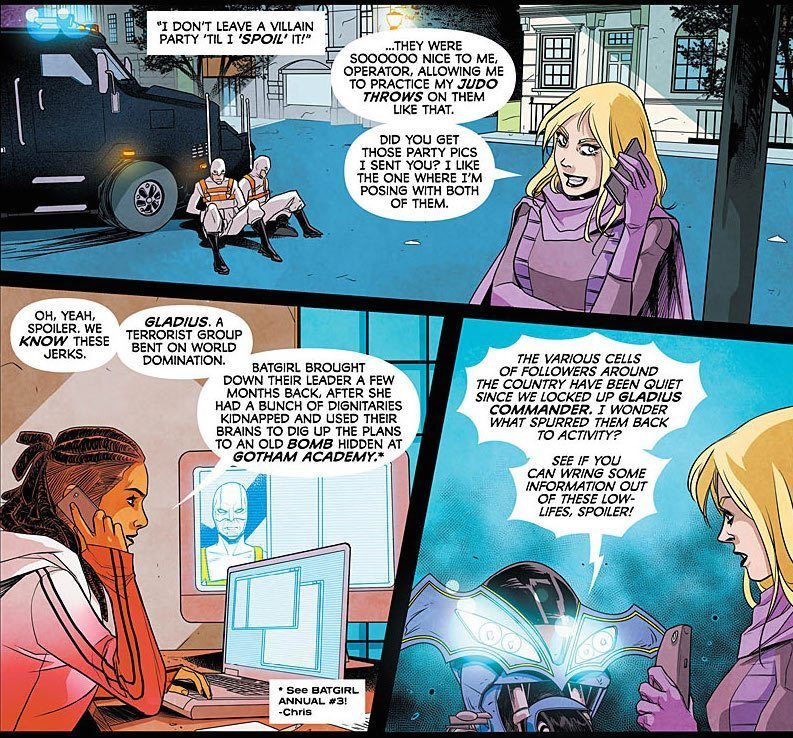 Barbara and Frankie get a tip from Dinah, who’s been investigating Gladius operations in Europe, that the group is planning to free their leader who’d been imprisoned in the aforementioned Annual story. Despite Batgirl’s knowledge of the plot, she’s unable to prevent the escape after losing a physical confrontation with Gladius Commander. Feeling that her failure is due to her lack of focus on being Batgirl, Barbara puts Alysia in charge of the company and announces that she’s going to take a trip to find herself. However, before Barbara departs, Gladius Commander puts her group’s sinister plan into action.

LISTEN: Check out our podcast interview with the legendary X-Man writer Chris Claremont!

When it was announced that Stewart and Tarr were leaving BATGIRL with the fiftieth issue of the series, there was a part of me that thought the book should have ended with their departure. Not that I have anything against Brenden Fletcher (I’m a big fan, as anyone who’s read my BATGIRL, GOTHAM ACADEMY, and BLACK CANARY reviews can attest) but rather it seemed like the final two issues before Rebirth would be inconsequential stories after BATGIRL #50 wrapped everything up. However, I couldn’t have been more wrong. Instead of a simple coda to the Burnside era, Fletcher spends the issue laying the groundwork for the direction of the previously announced Rebirth BATGIRL. We know that Barbara will be on a voyage of self-discovery in Asia, and this issue establishes why by showing how stressful Barbara’s life has become and why she needed time away. This organic exposition excited me for the new series much more than DC’s cold promo materials that simply provide artwork for the new series without really explaining anything about them. 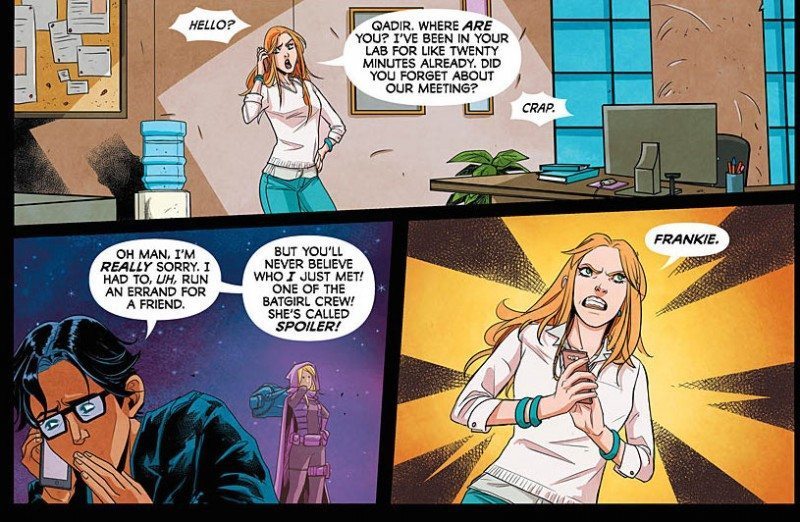 BATGIRL #51 wasn’t all about the future, however, as it did include some nice references to previous Burnside era stories. I enjoyed the reappearance of Gladius, since I’d liked them in the BATGIRL ANNUAL and hoped to see them again. There were also some great character moments as well, especially Barbara’s interactions with Olive and Maps from GOTHAM ACADEMY. The issue did have a bit of pacing problem; however, that’s less on Fletcher and more on the fact that he only has two issues to tell a story that objectively should be spread out over three or four.

Artistically, BATGIRL #51 is a bit of an enigma. There are three credited artists, Carlini, Jung, and Robinson, yet no credits as to who worked on what. Due to this, it’s tough for me to accurately critique the art. I will say that the three do a respectable job of keeping the look of the book right, but this version of Barbara and Burnside really miss the Babs Tarr aesthetic. 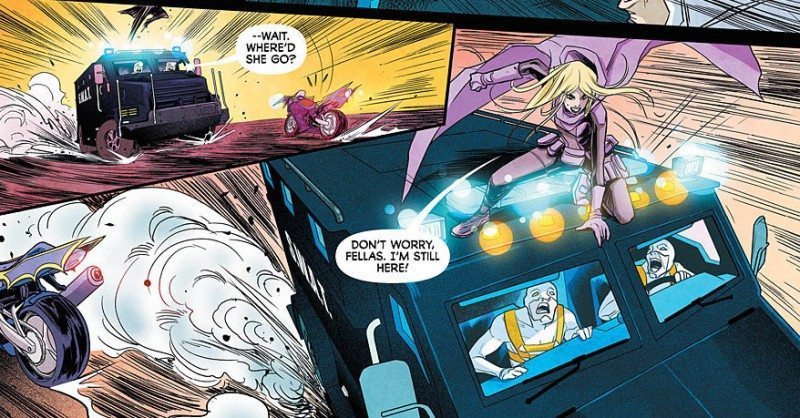 BATGIRL #51 is a book I initially expected to only recommend to readers of the current series since I assumed it would simply be an epilogue to the book’s current run. However,  Fletcher’s foreshadowing of Barbara’s post-Rebirth direction means that potential new readers who are interested in that title should check it out even if they haven’t enjoyed the book’s recent direction.