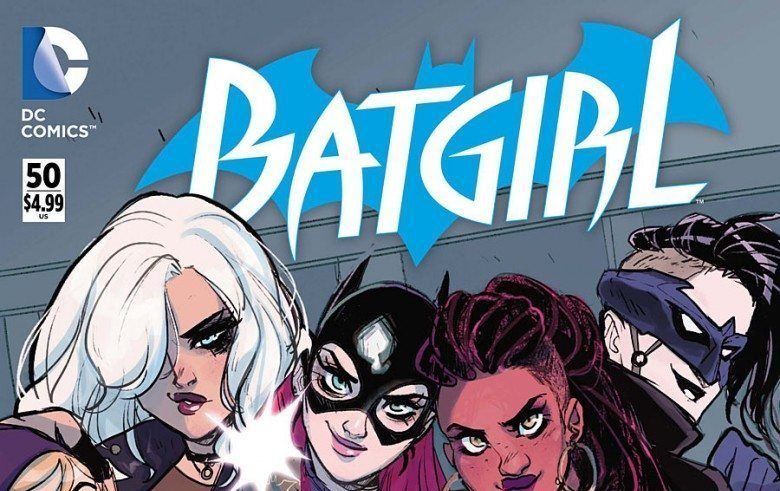 With DC Comics set to relaunch much of their publishing line in the upcoming REBIRTH event, the double-sized BATGIRL #50 is the climax of the title’s Burnside era. The creative team of Brenden Fletcher, Cameron Stewart,  and Babs Tarr, the latter two departing after this issue, bring in a slew of guest stars and creators to wrap up their fifteen issue run on a memorable note.

READ: Catch up on previous issues of BATGIRL here.

BATGIRL #50 begins with The Fugue having gathered a number of Batgirl’s enemies. He’s offering the assembled group, which includes Killer Moth, Velvet Tiger, The Jawbreakers, and Dagger Type, the heroine’s secrets in exchange for their assistance in his plan to set off numerous bombs around the city culminating in the deaths of thousands of mind-controlled citizens. However, unbeknownst to the villain, Batgirl is also aware of the plan (thanks to the events in issue #49) and assembles her own team of allies to stop Fugue, including Black Canary, Bluebird, Spoiler, and of course Frankie in her guise as the Operator. 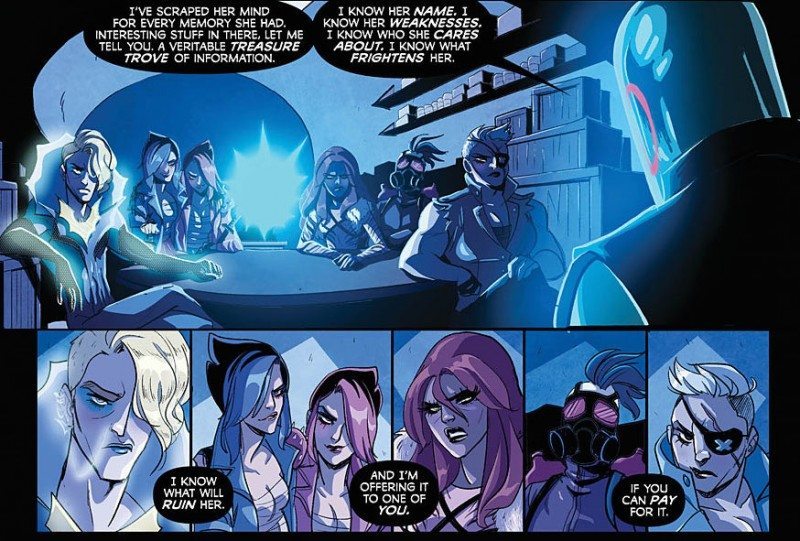 The issue then breaks down into several fight scenes, each including a full fight poster-style splash page; Bluebird vs Killer Moth, Spoiler vs The Jawbreakers, Corporal Punishment vs Operator (who is in control of one of the GCPD’s bat suits), and Black Canary vs Velvet Tiger. After those fights play out, the issue reaches its climactic final encounter between Batgirl and Fugue. Without giving away much of the ensuing fight, Batgirl prevails. The issues then transition to a new status quo for the characters, with Barbara running Gotham Clean Energy and Frankie having established a new headquarters in the basement. 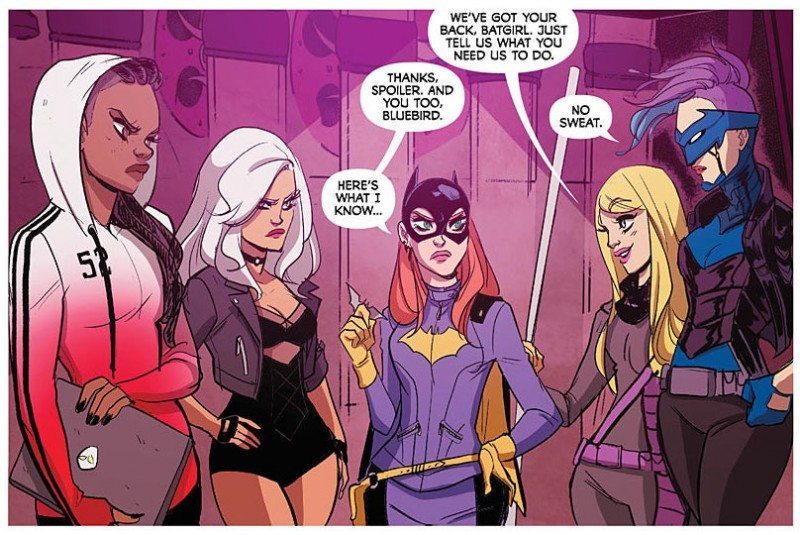 Going into the BATGIRL #50, I was nervous that the creative team wouldn’t have enough space to give an adequate conclusion to their run, but I’m happy to report that the issue is a triumph. Stewart and Fletcher weave a very entertaining story that stands on its own, but also serves as a coda to most of their work with the character. The format of the issue helps, allowing the team to spotlight each of the title’s supporting characters in individual fights while at the same time building to Batgirl’s final confrontation with Fugue. Speaking of that confrontation, without giving away spoilers, I loved its resolution. The way Barbara defeats the villain is ingenious and is perfectly in line with the character and the themes of the Burnside era.

When I first read the credits for the issue, I was a bit unnerved to see that the issue had five credited pencilers. Knowing that it was the final issue of the current creative team, I wanted to see as many final pages of Babs Tarr’s Batgirl art as possible. However, the way the art breaks down alleviated my fears. The other four pencilers: Roger Robinson, John Timms, Elonora Carlini, and James Harvey focus exclusively (to my eye, at least, as there are no specific page credits) on the supporting character fight scenes, leaving the main Batgirl pages to Tarr, with some layouts from Cameron Stewart. 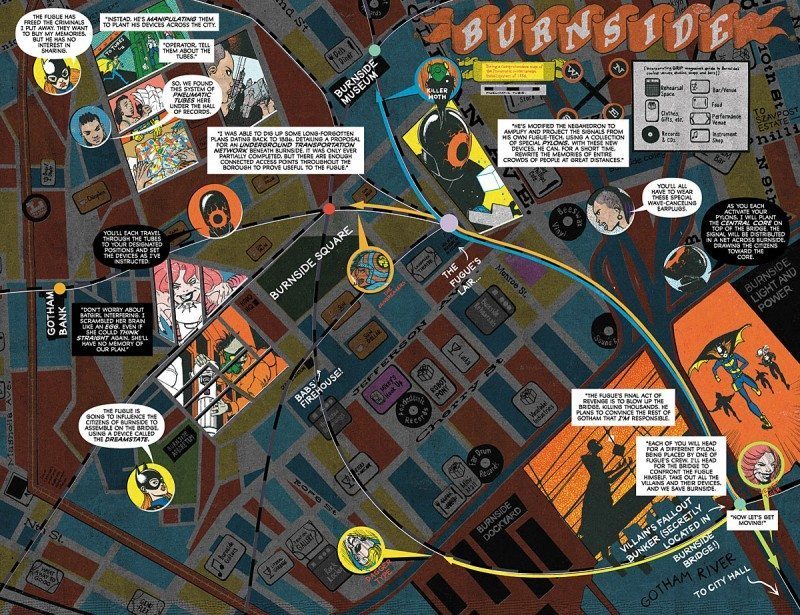 BATGIRL #50 gets a definite and enthusiastic recommendation from me. It ends the Burnside team’s era with a strong plot that ties up numerous loose ends and great art that ends Babs Tarr’s seminal run on a very high note.