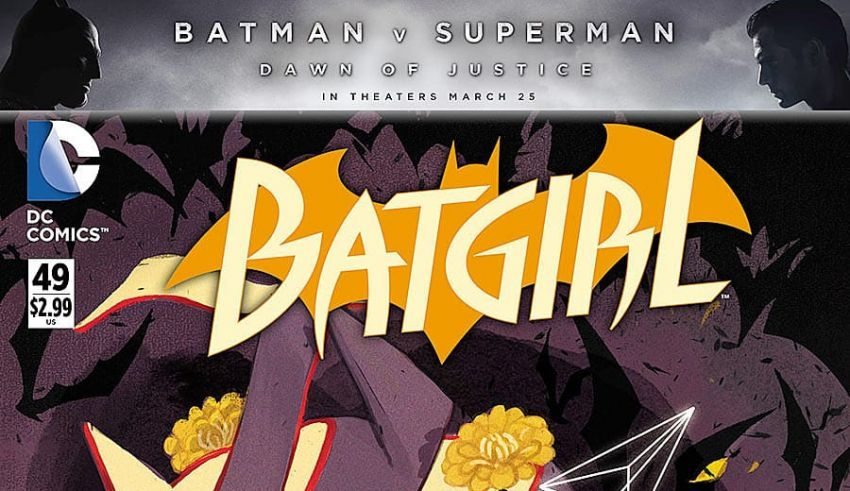 As DC Comics hurtles towards its upcoming “Rebirth”, the creative team behind BATGIRL is setting up the title for a major climax of its own. Brenden Fletcher, Cameron Stewart, Babs Tarr, and a host of guest artists use the forty-ninth issue of the series to delve directly into Barbara Gordon’s mind and answer all the mysteries of the most recent arc. 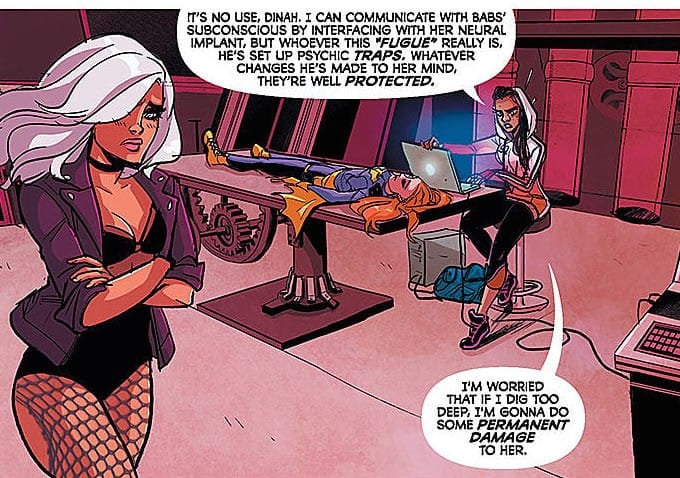 BATGIRL #49 kicks off where last issue left off, with Dinah Lance and Frankie attempting to rouse a seemingly comatose Batgirl after she was psychically attacked by the villain Fugue AKA Barbara’s mysterious college friend Greg. With no other options, the two decide that Frankie will activate the previously rogue Barbara AI program (as seen in the initial BATGIRL OF BURNSIDE arc) and the two will enter Barbara’s mind to try and rouse her.

READ: Catch up on previous issues of BATGIRL here.

Once Frankie and the AI Barbara enter Batgirl’s brain, they traverse through various memories that have clearly been tampered with, including one depicting the death of Jim Gordon and another that I won’t reveal, but that could have huge continuity ramifications going forward. The two are able to piece together that “Greg” never existed, but was actually a fictional persona created by a villain Barbara had put away years earlier as a way to get close to her. They’re able to eliminate the last fragments of Fugue’s influence, only for the rogue AI to attempt to take over Barbara’s brain. However, Frankie is able to turn the tables on the AI, forcing her to merge with the real Barbara and leading to the latter awaking. Once back in the land of the living, Barbara realizes what Fugue’s plan has been all along. 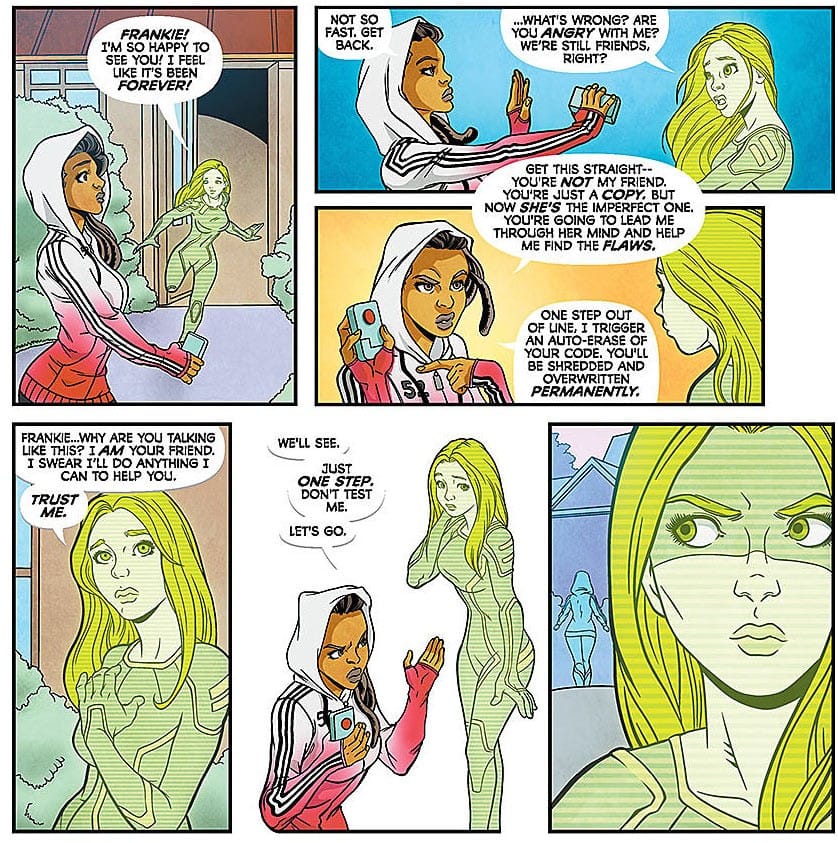 BATGIRL #49 was, no pun intended, the most cerebral issue of the current run on the title, and I personally enjoyed it a great deal. While the “allies venturing into someone’s brain” trope has been done to death in comics, I enjoyed the way Stewart and Fletcher approached it this issue. Frankie and the AI Barbara picking through Barbara’s memories and sorting what was real and what wasn’t was a cool twist on the usual format of these types of stories. On a broader arc scale, I really enjoyed the revelation of who Fugue was and where he came from. It fit well with all the clues spread out over the previous 5 issues, while still packing enough surprises to avoid being predictable.

Speaking of Fugue, I really enjoyed the full reveal of the character’s backstory in this issue. It was obvious that “Greg” had sinister motives since he first appeared, but the idea that the entire personal history the character had with Barbara was only in her head was a nice twist. I also enjoyed how Fugue’s initial motivation to become a super villain (a simple bank robber being driven to dangerous levels after being captured by a member of the Batman family) mimics the origin of many of the main Batman rogues gallery.

Artistically, this issue held together much better than I thought it would considering there are five credited pencillers. While each of them have their own styles, they stick close enough to Babs Tarr’s (who pencils a portion of the book) established aesthetics for the book to flow well.

BATGIRL #49 is a different type of issue for this creative team, but a successful one nonetheless. It answers a great deal of questions, while setting up the book’s final three issues before “Rebirth.”