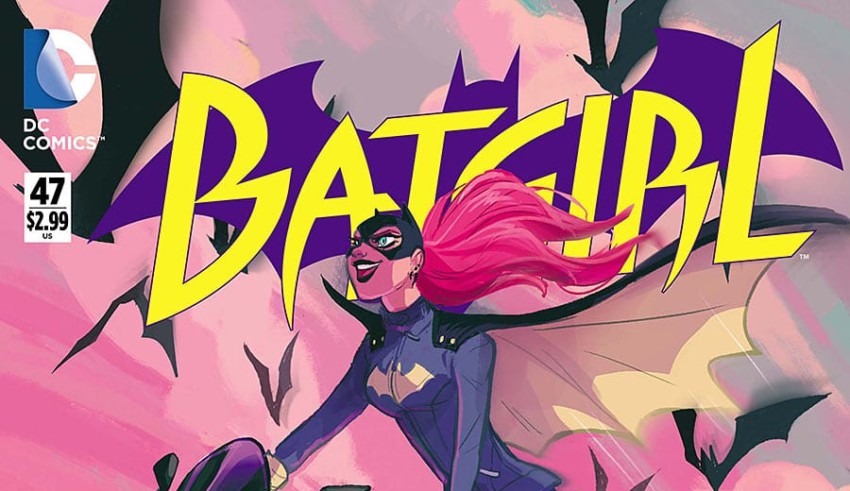 BATGIRL #47 starts an indeterminate time after #46 with Spoiler thanking Batgirl for putting her in a safe-house and asking if there was anything she could do to repay her. Apparently the conflict with the Hasegawa crime family was settled by the events of the last issue. Quickly taking her up on the offer, Batgirl recruits Spoiler and her roommate Bluebird to help infiltrate the GCPD and find out how they seemingly gained access to Barbara’s criminal database program last issue.

Barbara meets with her father, Jim Gordon (currently Batman, for anyone not keeping up with the core Bat-Titles), and he confides in her that there might be something rotten inside the GCPD, but he can’t be sure. Armed with that knowledge, Barbara and Stephanie disguise themselves as cops and sneak into a precinct to gain access to the GCPD mainframe and allow Frankie to trace who got into Barbara’s program. 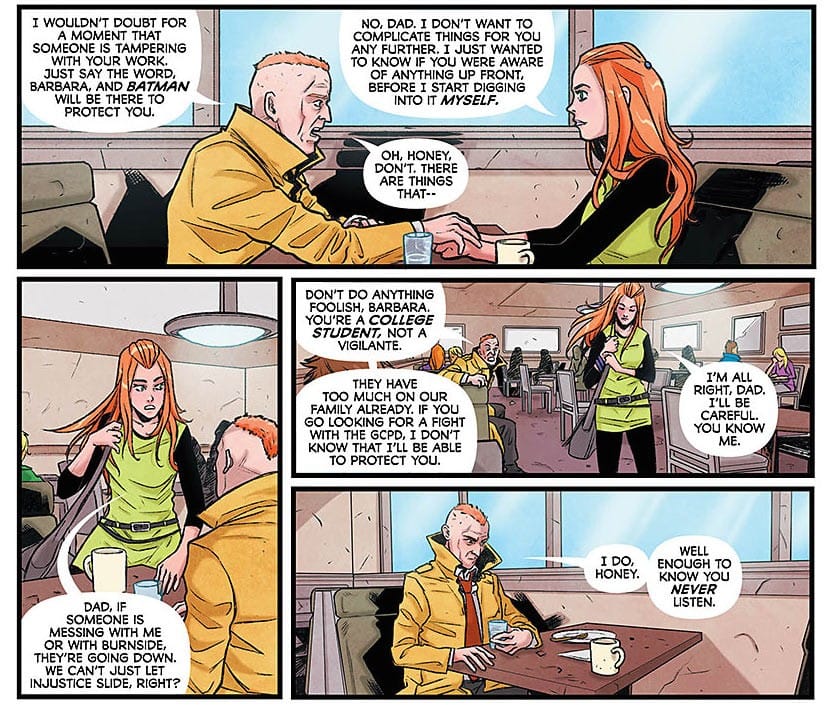 The two are initially able to blend in, even narrowly avoiding an encounter with Barbara’s ex-boyfriend Liam Powell. But their luck runs out when they access the GCPD mainframe, which puts the station on lockdown and activates S.W.A.T. procedures. They barely escape, thanks to quick thinking by Bluebird and some unwanted help from captured villain Corporal Punishment.

READ: Behind on BATGIRL? Catch up on the series here.

While their hasty escape meant they didn’t get all the information they needed, Frankie was able to gather enough to determine that the evidence points to Barbara herself having fed the GCPD information from her own database. A frightened Barbara confesses to Luke that she’s afraid that the AI program that previously terrorized her is somehow back. In the end, though, the issue teases something far more sinister.

I must admit that I came out of BATGIRL #47 more disappointed than I’ve been at any point during the Fletcher/Stewart run on the title. In a vacuum, this isn’t a bad issue of BATGIRL, but it feels incongruent with last month’s issue. The entire conflict with the Hasegawas is written off with one line of dialogue between Batgirl and Spoiler. In its place, a minor event from last issue (the arrest of the gang member that Barbara had identified) becomes the narrative’s driving force without any clear explanation as to why or even a  solid reminder of what happened. Barbara’s fear that the AI based on her brain patterns has returned comes equally out of nowhere, especially since we haven’t heard about it at all since that storyline ended in issue #40. Honestly, the whole issue almost reads like it should be #48, with a hypothetical #47 having filled in the missing plot points and fleshed out the build-up to this issue’s events.

LISTEN: Check out this Comicsverse Podcast episode dedicated to BATGIRL OF BURNSIDE: VOLUME 1 discussed above!

As I said above, the issue isn’t all bad, and its saving grace comes mostly from its characterization. While the plotting seems off, Fletcher and Stewart bring their usual A-game to Barbara in this issue, especially in two key moments. The first comes early in the issue when Barbara discusses the hack of her database with her father. I’ve gone on record before as being a big fan of all the layered secrets these two have had lately (Like Jim telling Barbara that he’s Batman but swearing her to secrecy, while she has continued to keep her vigilante life secret from him), and this scene is no exception. Jim continues to worry that he’s bringing Barbara too close to his life as Batman, and Barbara continues to feel the crushing guilt of her secret.

The second standout scenes come near the end of the issue and centers on Barbara’s fear that the AI is back. While the plot point itself seems haphazardly thrown in, her reaction to it makes perfect sense. The fact that the AI basically was Barbara and used her name and image shook the real Babs to her core during the book’s first arc, and it’s good to see how much it still bothers her. I would also be remiss if I didn’t point out how much I enjoyed the banter between Barbara and Stephanie while in disguise at the police station, even though it doesn’t last nearly long enough. 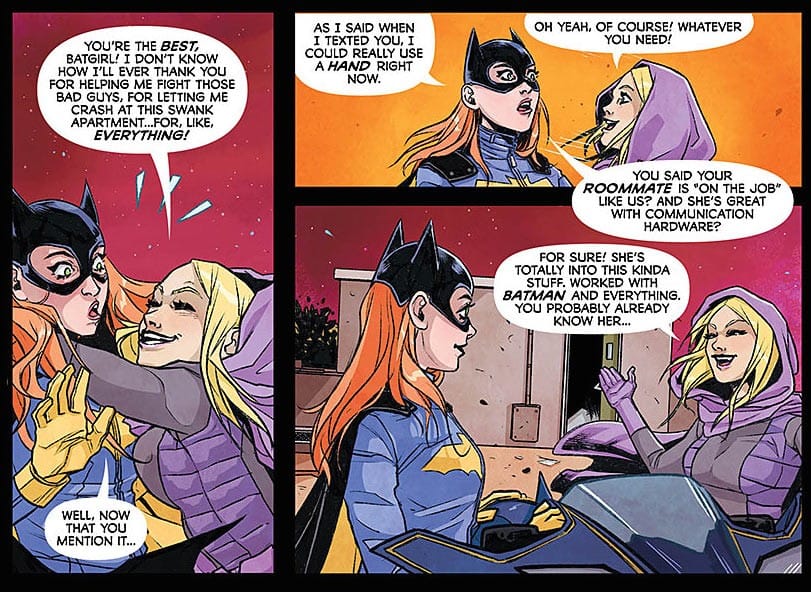 The art of BATGIRL #47 was probably the most pleasant surprise of the issue. I’m always wary when a title with a style as identifiable as Babs Tarr’s is to BATGIRL has fill-in artists, but Eleondra Carlini and Moritat do as good a job as possible. The work isn’t up to the level of Tarr, but it does a good job maintaining the spirit of the book for her month off.

BATGIRL #47 is a definite disappointment by the lofty standards of the series, mainly due to a loose plot. However, it may still be worth a read for fans due to the solid characterization and surprisingly strong guest art.