Last time, I examined how GUARDIANS OF THE GALAXY used its history-making soundtrack to accent its story. Well, there’s a new GUARDIANS and a new soundtrack — AWESOME MIX VOL. 2. So, how well does the sequel live up to the original? Are the songs as essential as before, or did a few throwaways sneak in? Put on your headphones, hit play on your Walkman, and let’s take a listen.

NOTE: As with the previous entry, this list follows the track order used in the film, which differs from the album. We will also not be discussing Sweet’s “Fox On The Run,” which is not featured in the film, despite it appearing in all the trailers, and being awesome, and a great theme for the Guardians. I’m not bitter about it, though.

This song is first played in a flashback to the ’70s. As Meredith Quill and Ego drive through the sunny highway, the mother of Star-Lord belts out the lyrics alongside the radio. It’s a great way to show how Peter inherited some of his spirits from his mom. It’s also nice not to start the movie with her in a hospital bed again.

As with other songs in the film, “Brandy” appears again in the movie, when Ego explains to Peter how the song’s lyrics relate to their relationship. Realizing the song is about a sailor choosing the sea over his beloved makes the opening scene entirely different in retrospect. Despite all the affection Ego and Meredith share, the lyrics cast a shadow on their romance. It’s still a bouncy way to open the movie, and the creators deserve credit for applying it in different contexts.

Dancing Groot sold a lot of toys. That’s the clearest explanation for this song’s use in the film. As the rest of the Guardians battle a tentacled space alien, Groot plugs in the stereo and bops around the stage, distracting us from the actual battle. It still fits the film’s tone perfectly, bringing the viewer back into the oddball world of the Guardians. The lyrics even reflect the audience’s joy at being back.

Up there and waiting today

Is the day we’ve been waiting for

Not as deep as “Brandy’s” inclusion, but an excellent way to get viewers back into space.

There isn’t much to say about this song. Rocket merely hums along with it under his breath while fixing the ship. It might symbolize how he’s come to enjoy Peter’s music, despite them being at odds at this point. A nice inclusion, but doesn’t add much more than that.

Just like “Hooked on a Feeling” was the theme song of the first movie, “The Chain,” is the theme of the second one. Like “Brandy,” it is used in two spots in the film for two different effects. The first time, the chorus is played as the Guardians split up to see Ego’s planet. The symbolism is obvious, especially as the lyrics echo across the screen.

I can still hear you saying,

You would never break the chain

It could be argued this use is for Rocket since he’s once again trying to push away people who care for him and using the moment as an excuse. However, the second use of “The Chain” hits much harder. The Old West-style intro builds as Peter taps into his Celestial power to battle Ego. The tension grows, and the lyrics fit the battle between father and son perfectly.

And if you don’t love me now,

You will never love me again

Anyone who knows Fleetwood Mac knows their best songs were about bad relationships. AWESOME MIX VOL. 2 adds a new dimension here, and it’s perfect both times.

This song is used mostly for mood, like “Moonage Daydream” from VOL. 1. However, it’s still used effectively. As the Ravagers close in on Rocket, they fall prey to the number of booby traps the raccoon has left around his downed ship.

The bouncy piano ditty is an effective counterbalance for the tranquilizer darts and raccoon-based mauling that occur on screen. The best moment is when Rocket uses a “gravity trampoline” to bounce the Ravagers up and down over the tree line of the forest. The music becomes an almost mellow background noise to the comedic violence onscreen.

This is arguably the best use of music in the film. As the Guardians land on Ego (the planet), this peaceful jingle about finding spirituality welcomes them in. It’s the audio equivalent of being wrapped in a blanket, as the bright colors and psychedelic landscape of Ego overwhelm the screen. The music bounces along, painting the scene full of joy and fulfillment as the Guardians are amazed by the landscape.

The lyrics fit as well as the music does.

I really wanna see you

I really wanna hold you

With the Guardians setting foot on the very surface of a god, finding the right song for the moment could be a daunting task. “My Sweet Lord” captures all the right emotions — a desire to locate and experience a higher power, a sense of amazement and wonder, and above all else, a feeling of utter joy. There simply isn’t a better song that could be used. George Harrison, who spent so much of his life searching for spiritual peace, would surely approve.

This is something of a sequel song to “Fooled Around and Fell in Love” from the first movie. As Gamora focuses on the questions surrounding Ego, Peter again tries to get her to dance. Unlike the last film, it is a success, and the lyrics and longing music echo Peter’s desire for Gamora.

So while the approach is the same, it has different results. There is a real evolution in the relationship between Peter and Gamora here, and the music works wonderfully. Plus, it’s Sam Cooke singing a romantic ballad. What more can you ask for?

“Come A Little Bit Closer” — Jay And The Americans

This might be the most obscure song on the album: an Elvis-esque bar ditty that incorporates melodic ideas from Richie Valens’ “La Bamba.” However, it does manage to make itself memorable. As Rocket, Groot, and Yondu walk a slow, intimidating walk through the ship, the more mellow verses play.

The feeling accentuates the drama of the moment, even during the intense moments when Yondu sends his arrow out to kill the Ravagers. That is when the chorus of the song comes into play, as the arrow kills every Ravager in sight as the singer requests them to “come a little bit closer.”

The audience is watching a ship full of Ravagers die, yet they are bopping their heads to a catchy beat as they do. It’s an odd feeling of disconnect that makes the scene memorable, but may also get you to question your own morals. Either way, death has never been so catchy.

This song falls squarely into the mood music category, as it’s there to build a particular moment. As with the others, it does a fantastic job. As the Sovereign ships enter space and confront the Guardians, the chorus hits. Hearing nonsense words like the title above actually works as the ships enter one by one.

It makes them feel like concussive blows to the audience and boosts the onscreen threat. It’s not the song that should be adding to the threat, but it works amazingly.

This… this one is the emotional centerpiece of the film. As Yondu’s body is commemorated to space, the gentle voice of Cat Stevens echoes over the screen. With Peter watching his surrogate father become one with the stars, these are the only words we hear.

It’s not time to make a change
Just relax, take it easy
You’re still young, that’s your fault
There’s so much you have to know
Find a girl, settle down
If you want you can marry
Look at me, I am old, but I’m happy

The music swells as the Ravagers appear and give Yondu the sendoff he deserves. Colors swirl in space as a visual to the lyrics, and we hear Peter’s thoughts echoed in the final lyrics:

All the times that I cried, keeping all the things I knew inside
It’s hard, but it’s harder to ignore it
If they were right, I’d agree, but it’s them they know not me
Now there’s a way, and I know that I have to go away
I know I have to go

Hold on a minute, 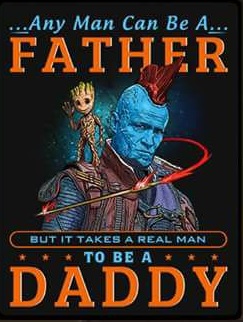 From the most emotional song to one that… kind of doesn’t fit. The chugging guitars do give an excellent build into the credits, but otherwise, this song doesn’t make much sense. Lyrically, it’s all about a kid nervous about a girl who finds out that his parents are much cooler than he is. That might relate to Star-Lord as a message of acceptance, but without a scene to illustrate, the lyrics don’t resonate. This is the only real misstep on either album.

This is the dance-off song to entertain us during the credits. Not much more to say, other than to praise it as clearly superior to the Motown that ended the last movie. Yes, Parliament-Funkadelic did start three towns away from me. What’s your point?

While this original song keeps AWESOME MIX VOL. 2 from hitting the same record as VOL. 1, it’s a credit to the artists that it doesn’t feel any different from the other songs. There’s a great funky beat, swirling strings, and brings to mind the 70’s. Plus, it got movie punchline David Hasselhoff to come in and cameo!

AWESOME MIX VOL. 2 isn’t quite as strong as its predecessor. They both have a wonderfully casual feel to them, but AWESOME MIX VOL. 2 does use the romantic song and dance concept over again and has one song that feels tacked on.

That’s not to say it isn’t good — almost all of the songs work for either mood or character building, and it’s interesting to see a movement into later 70’s music. It also works to show more insight into the characters, without them having to say anything (the very detention of writing rule #1- show, don’t tell).

“Brandy” does a good job summing up Ego’s motivation, and “Come A Little Bit Closer” paints Yondu as deadly yet still fun to watch. AWESOME MIX VOL. 2 even uses music for the most emotional moment in either film, as “Father and Son” tell us everything the characters are thinking and feeling without them saying a word.

Overall, AWESOME MIX VOL. 2 a great soundtrack, but the few mistakes it makes are there and visible.

Of course, if they’d put “Fox On The Run” in the movie, I’d give a few more points… still not bitter, though.