The time has finally come. Almost a year since our last contact with the humanity’s bravest soldiers, we finally have a trailer. ATTACK ON TITAN released a minute of footage from the new season earlier today to most social media platforms. Fans, understandably, are incredibly excited. ATTACK ON TITAN is one of the most unique and creative anime in years. Rather than invest in a typical shonen style battle of seemingly undying protagonists, people die in ATTACK ON TITAN. Enemies are often revealed to be friends, and the closes friends are the biggest antagonists. There truly is never a dull moment in the series, and that makes it an anime so excited that the wait between episodes is excruciating. Even for those of us manga readers, who have seen the story far beyond what the anime has aired, this new look is incredible.

For those unfamiliar with ATTACK ON TITAN, the series takes place in a world where humanity’s very existence is threatened by Titans. These gigantic humanoid monsters have only but one drive: to eat and kill people. They don’t require food or water to live and regenerate at alarming speeds. Truly they seem like divine instruments of suffering, having no need to eat humans but doing so anyway. The only way to live without being killed by these ferocious beasts is to fortify entire cities with walls or kill the monsters attacking them. 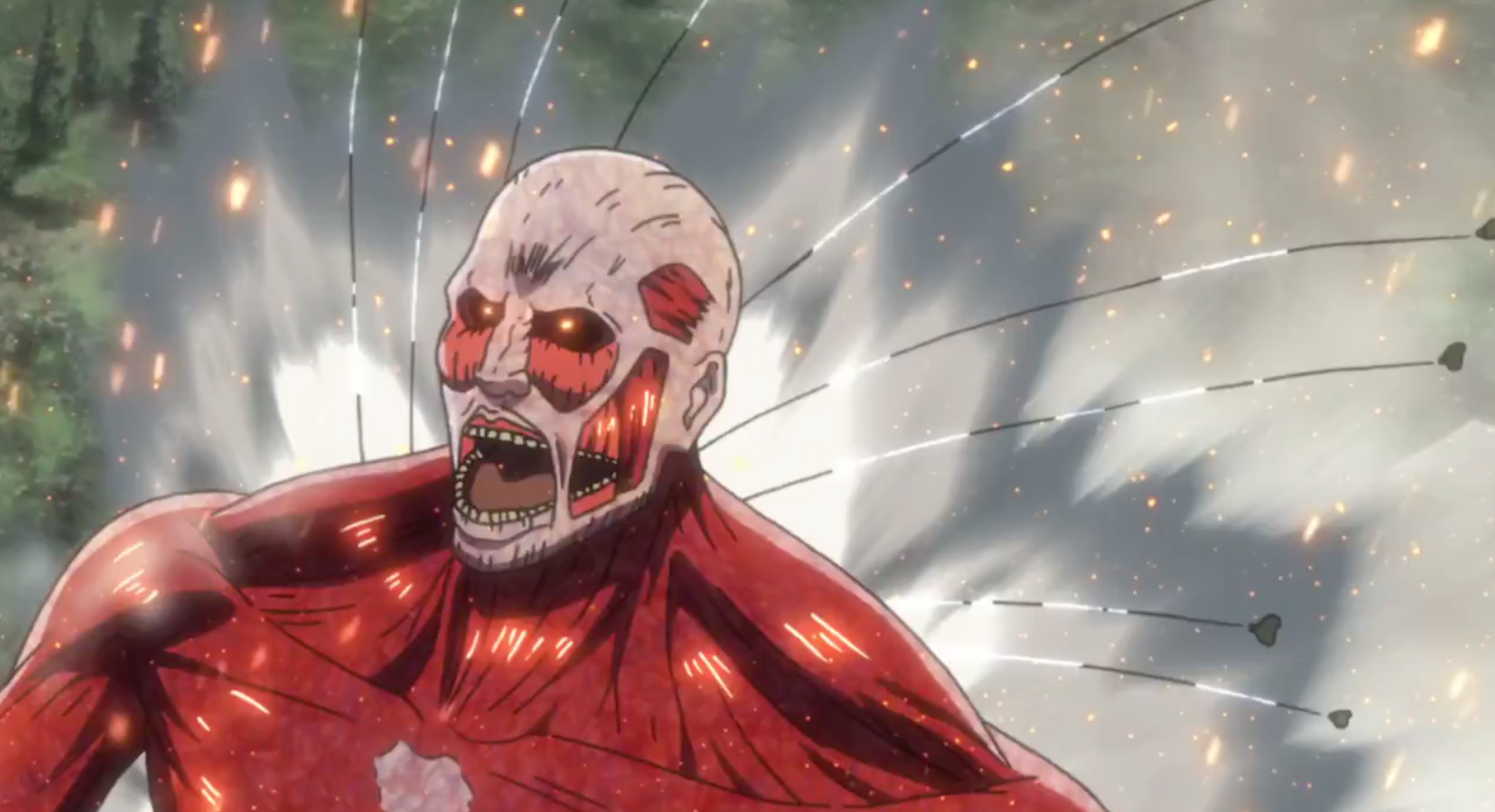 ATTACK ON TITAN main protagonists Eren Yeager, Mikasa Ackerman, and Armin Arlert are all members of the Survey Corps. They serve as soldiers guarding the last standing civilization in the known world. This role is perhaps one of the most important ones in all of humanity, but not at no cost. Because the Survey Corps has the most contact with Titans, they also have the highest fatality rate. Missions routinely bring back more corpses than they do new information. Season two introduced us to the phenomenon of the Titan Shifter. Some humans possess the power to transform into Titans and wield their power. The season had a dynamic finish that revealed traitors in the mist of the Survey Corps and a new power for Eren.

Check out the First 2 Minutes of BATMAN NINJA Anime!

The trailer for ATTACK ON TITAN’s new season shows fans two new things. One, there are soldiers using 3-D Maneuvering Gear to swing about the city and attack other soldiers. The animation is as fluid and crisp as ever, but we’re certainly going to exposed to new styles of fighting this season. Check out the trailer below:

After the breach of the outermost wall, Wall Maria, a massive amount of humanity’s arable land and settlements were lost to the Titans. From what the trailer implies, it seems that Eren and his comrades have new plans to seal the wall. Without spoiling the plot from the manga, this season is broadly about humanity’s origins and reclamation of the walls. Local politics come into play as well, making this next arc, in my opinion, the most complex of the entire series.

Massive Excitement for ATTACK ON TITAN

This new season is certain to inspire, amaze, and addict fans old and new alike. Funimation will release Season 3 in July of 2018, meaning we only have a few months wait. If this season’s length is anything like Season 2, we’ll be getting about 25 episodes of content. That likely means the anime will reach about chapter 89 or 90 of the manga. For reference, the manga is up to chapter 104 as of this article’s publication. Ultimately, more ATTACK ON TITAN means more amazing battles and a story so gripping it’ll glue you to the screen. Even for those of us who’ve read the manga, seeing this incredible animation is something I can’t wait to do.