Read: How (X-Men) Comics Saved My Life: An Open Letter from the CEO of ComicsVerse!

ASH VS. EVIL DEAD had a huge presence at NYCC 2015, with an interactive trailer for the bravest of fans, Kevin Smith moderating a panel for nearly 2,400 fans, and even a surprise screening for the series! 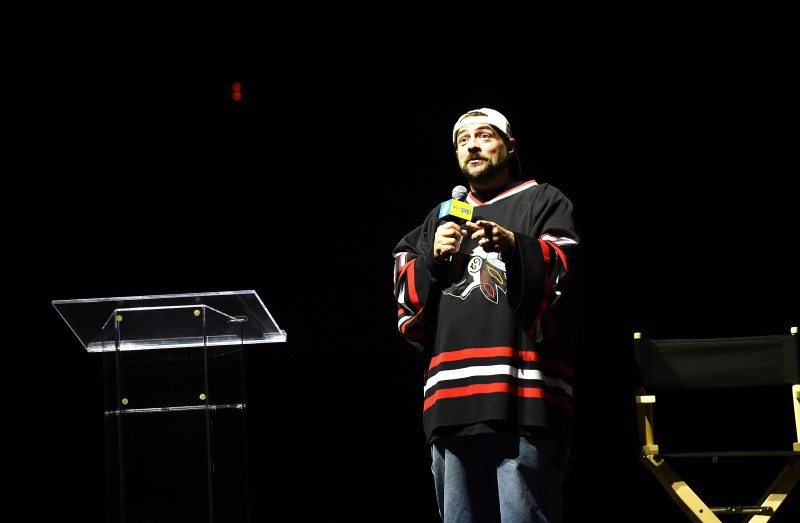 The level of excitement for ASH VS. EVIL DEAD was amazing, even among the cast and producers.  Everyone from Raimi and Campbell, to newcomers Santiago and DeLorenzo, seemed to want nothing more than to give the fans what they’ve been clamoring for!  Campbell even jokingly touched upon the years of rumors surrounding sequels before this finally came to fruition.

READ: Should Comics Do Politics?

The roundtables worked in a sequence, with all of the bloggers and journalists getting roughly ten minutes with a select group of the cast, before switching off. I’ve  provided those recordings below, if you’d like to listen in full and I’ll provide some highlights for each as well, for those who don’t have the time to listen.

Raimi, when asked about handing the character of Ash over to directors stated,

Yeah, the whole thing was a new difficult experience about letting go and sharing what you previously, you know, jealously guarded as your own work and it’s a transformative process, it’s painful. It was also very enlightening and enriching, if you can open yourself up to it and I see people take the character and do great things with him that I would have never thought of.

He also opened up about directing future episodes, his involvement in this series and the growth of the franchise as a whole. Unfortunately, showrunner Craig DiGregorio arrived late to my table and we weren’t able to speak with him.

LISTEN: The origin of Batman’s HUSH in Episode 52 of the ComicsVerse Podcast!

Next up was Ray Santiago and Dana DeLorenzo, who spoke about their first Comic Con experience and preparing for fans to cosplay as their characters at future Cons. But the biggest take away from these two was their excitement in taking part in the series and really diving into the experience of making something the fans will be happy with.  They seemed like they truly wanted to give fans the best product they possibly could; and if what they say is true, we’ll be getting a lot catchphrases and memes out of the show!  What’s more, starting an ASH VS. EVIL DEAD drinking game sounds like a bad idea – you’ll get hammered! 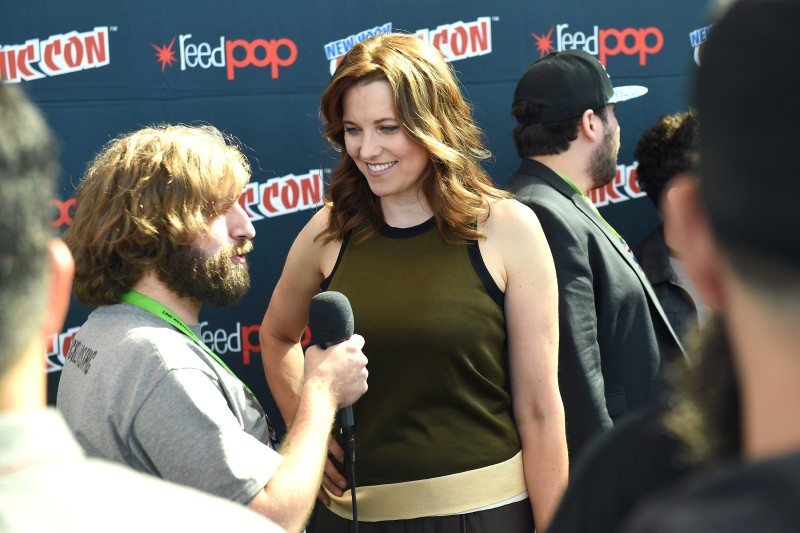 Our table’s third interview was with the man himself, Bruce Campbell, who in regards to playing Ash again said:

I feel good about it, I like the fact that he’s a middle age man now full of flaws full of creaks and aches.

Bruce goes into detail about the changes, the difficulties of getting to this point, as well as returning to the role in 24 years.

“No I love the fact that he’s in a shitty trailer and really hasn’t done anything for 30 years and the fact that he’s responsible for all this once again. It’s his mistake and now at a time in his life where he’s really under qualified for the job, he has to save the world. I like that a lot.”

READ: My thoughts on MOON KNIGHT, one of Marvel’s most underrated characters!

Our fourth interview was with the Props Supervisor and Prosthetic Designer Roger Murray, who talked about all of the changes in SFX, the utilization of blood and just the overall processes he was involved in, during the filming and how the gore is only suitable for something like STARZ. 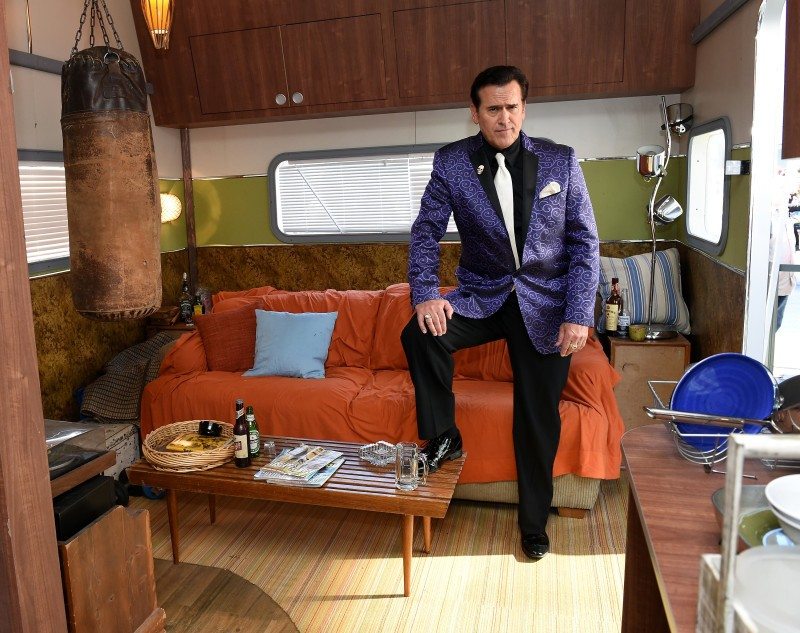 The final interviews we did for the roundtable were with Lucy Lawless and Jill Marie Jones, who showed the same amount of enthusiasm as Santiago and DeLorenzo! Jones explained her own passion for the horror genre, growing up watching those types of movies with her mom. Lawless and Jones both went into detail filming the ridiculously bloody scenes in ASH VS. EVIL DEAD; as Jones said:

While a lot of topics were covered, Lawless expressed how happy she was to be working Bruce Campbell and how much she’s learned from him as well.

While I didn’t get to see the surprise screening, I did see the trailer hopefully everyone else has and if I wasn’t excited already from that, these interviews increased that tenfold.  The cast’s excitement and the overall atmosphere surrounding the series has been so positive, it’s awesome to hear. Plus, there’s already a season two in the works apparently which is a great sign as well. This interview will also be available on Ain’t It Cool News in the coming weeks, who I was also covering the event for.

The 10-episode first season of the half-hour series is executive produced by Sam Raimi, Rob Tapert, Bruce Campbell, the original filmmakers, and Craig DiGregorio who serves as executive producer and showrunner. “Ash vs Evil Dead,” is the long-awaited follow-up to the classic horror film The Evil Dead.

The cast is led by Bruce Campbell (Evil Dead, “Burn Notice”) reprising his role of Ash Williams, the stock boy, aging lothario and chainsaw-handed monster hunter 30 years avoiding responsibility, maturity and the terrors of the Evil Dead. Rounding out the cast are Lucy Lawless (“Salem,” “Spartacus”) as Ruby a mysterious figure who believes Ash is the cause of the Evil outbreaks, Ray Santiago (“Touch,” Meet the Fockers) as Pablo Simon Bolivar, an idealistic immigrant who becomes Ash’s loyal sidekick, Dana DeLorenzo (A Very Harold & Kumar 3D Christmas) as Kelly Maxwell, a moody wild child trying to outrun her past and Jill Marie Jones (“Sleepy Hollow”) as Amanda Fisher, a disgraced Michigan State Trooper set to find our anti-hero Ash and prove his responsibility in the grisly murder of her partner.

Check out more news and reviews from NYCC 2015!