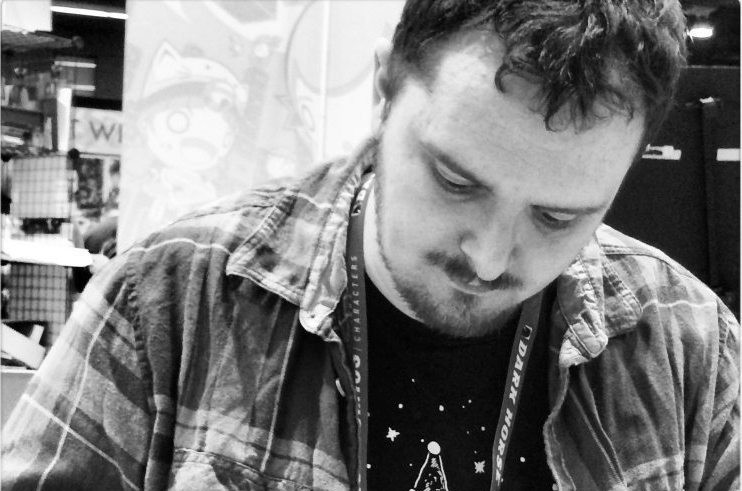 Welcome to a new series where we shine a spotlight on the best comic book artists in the business.  W2010e’ll start with a personal favorite of mine; Declan Shalvey.

LISTEN: We talk to Declan Shalvey about INJECTION and MOON KNIGHT!

Shalvey grew up in County Clare, Ireland. An enthusiastic artist from an early age, he’d always been a comic book and superhero fan. Following graduation from the Limerick School of Art and Design with a BA in Fine Art, Shalvey’s first foray into the comic book world was drawing HERO KILLERS, written by Andy Winter and published by Moonface Press. The book won the “Favourite British Black and White Comicbook” Eagle Award in 2006.

While HERO KILLERS was drawn at the beginning of his career, you can still see hints of the artistic style he became recognized for today. As some of his early work began to appear in JUDGE DREDD MAGAZINE, Declan also worked on the graphic novel adaptation of FRANKENSTEIN (2006). He was introduced to an American audience when BOOM! Studios launched a 28 DAYS LATER comic spin-off with Shalvey as a recurring artist. Not long after that, he was approached by Marvel and worked on the THUNDERBOLTS series for them in 2010. During this time he also worked for Vertigo and Dark Horse, drawing NORTHLANDERS and CONAN THE BARBARIAN respectively. He landed the role as regular series artist on VENOM in 2013, featuring Flash Thompson as the symbiotic hero.

READ: Declan Shalvey drew one of the Essential Deadpool comics in this recommended reading list!

In 2014 he joined Warren Ellis and colorist extraordinaire Jordie Bellaire on a six-issue run of MOON KNIGHT. The bone-crunching visual flare that Shalvey brought to this series was nothing short of astonishing. Issue 5 is perhaps the most exciting, thrilling, and brilliantly choreographed action sequence in modern comics. Based on this successful run, the creative team joined forces to breathe life into their creator owned project, INJECTION (2015), a quasi-sci-fi tale of artificial intelligence that is beautifully complicated in its storytelling.

READ: Check out our review of INJECTION #10!

While finishing up the second arc of INJECTION, Shalvey penned and drew CIVIL WAR II: CHOOSING SIDES, highlighting the adventures of Nick Fury. During this time, he established an internship program with Bellaire in their Red Cube Studio, located in Dublin. He shares their artistic process with an email subscription service which breaks down various projects they are working on. Many fans are looking forward to his next project, working with Scott Snyder on a backup tale in the new ALL STAR BATMAN monthly series coming in August.

One of the strongest visual storytellers to emerge in recent years, Shalvey’s artistic work has only grown since HERO KILLERS. Clear and concise, his line work is professional, yet full of grace and energy. There is a flow to his paneling which makes it easy to read while still taking in the finer details. A self-assured artist, his composition is strong, solid, with touches of experimentation. A man passionate about his craft, and a vocal advocate for artists receiving recognition for their creations (check out the #ArtCred on twitter), Declan Shalvey’s artwork is something special, a visual treat for the eyes, and an artistic force to be reckoned with. Treat yourself to his work, you won’t regret it.