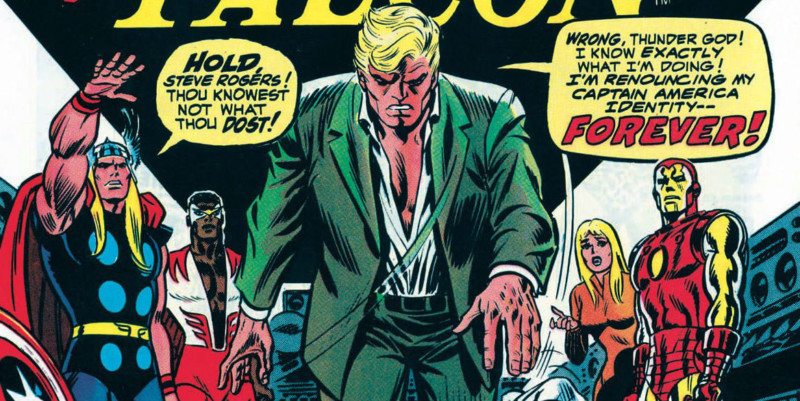 A week ago, Vice President-elect Mike Pence went to the musical HAMILTON and was booed. This occurrence shouldn’t be shocking to anyone. Politicians get booed in public. It happens. What is unique was the genuine heartfelt message, read by cast member Brandon Victor Dixon, delivered to Vice President-elect Pence:

“Vice President-elect Pence, we welcome you, and we truly thank you for joining us here at ‘Hamilton: An American Musical.’ We really do,” Dixon said to further applause. “We, sir, we are the diverse America who are alarmed and anxious that your new administration will not protect us, our planet, our children, our parents, or defend us and uphold our inalienable rights, sir. But we truly hope this show has inspired you to uphold our American values and work on behalf of all of us. All of us. Again, we truly thank you truly for seeing this show, this wonderful American story told by a diverse group of men and women of different colors, creeds, and orientations.”

This was a message that was deemed by president-elect Trump as “harassment” and demanded an apology.

There will likely be more things for us to be shocked and outraged about by the time this article hits the site. To be frank, controversies like this have made discussion of movies, comics, and pop culture seem too frivolous to spend time on. This incident with HAMILTON, however, should be a wake-up call to the artistic community about how important their work is now more vital than ever.

CLICK: Does Collective Activism work? We look for the answer.

There will be some who roll their eyes at this idea. There are people who demand that art (specific pop culture mediums like comics and blockbuster films) “stay out of politics.” It’s an understandable reaction. Especially now, the political news has become so overwhelming and so loud that it is easy to want to simply close ourselves off to the world and embrace escapism, but frankly, there’s a simple truth we can’t deny anymore: art is our shared language. It’s how we communicate our ideas and beliefs. Those beliefs become our politics. Therefore our art is political. It is impossible to remove subtext from any work of art. Without it, you’re left with something as culturally useful as a cardboard box. In fact, to remind ourselves of why this is true, it’s vital to go back to the creators who’s creations have shaped pop cultural for the last 7 decades: Joe Shuster, Jerry Siegel, Jack Kirby and Joe Simon

Sock Adolf on the Jaw

Looking back at Joe Simon and Jack Kirby’s famous cover to CAPTAIN AMERICA #1, it’s hard to believe that the cover could ever be considered “controversial.” A man clad in red, white, and blue delivering a haymaker to the tyrannical, fascist putz, Adolf Hitler. What many people ignore about the cover the publication date: March 1941, a full nine months before the attack on Pearl Harbor.

Kirby and Simon’s cover was a statement on America’s indecisive nature when it came to involvement in World War 2. Simon and Kirby, both Jewish, saw Hitler’s conquest of Europe as an affront to the values of America. However, not every American agreed. The German-American Bund (a euphemism for what they really were-American Nazis-not dissimilar to what we’re currently seeing with the phrase “alt-right”) was an attempt to bring the ideas of the Third Reich to the U.S. which was only bolstered by America’s desire to maintain its isolationist stance.

The image of Cap punching Hitler was a strong political statement, one that nearly got Kirby into a fist fight with a group of American Nazis and time proved that Simon and Kirby were ultimately on the right side of history. It was that forward thinking attitude that would define the Captain America character for decades to come. Captain America would forever stand for the ideals of America, not its status quo. He would represent the struggles of soldiers returning from war in the 60’s, he’d become disenfranchised with the American Dream in the 70’s following Watergate, he’d fight the insidious nature of domestic spying in THE WINTER SOLDIER, and now he’d represent the modern battle for America’s soul from bigotry in the form of the infamous Hydra Cap story.

CLICK: How does the SUPERGIRL television series explore immigration as an allegory? ComicsVerse has a breakdown.

On the other side of the comic divide, the first appearances of Jerry Siegel and Joe Shuster’s Superman involves the Man of Steel performing acts that would be criticized by audiences in 2016 as “preachy” or “SJW bullshit” as if the very phrase “Social Justice Warrior” wasn’t a perfectly apt description of every superhero ever created. In the early days of Superman, the big blue Boy Scout fought corrupt politicians, slumlords, and domestic abusers as often as he battled super villains.

Superman was more than a superhero, he was a savior figure as America struggled through the Great Depression. He was a Super Bernie Sanders and a mouthpiece for his creators to express their frustrations with the politics of the time. This is a fundamental aspect of Superman’s widespread appeal: he was a hero for both sides of America. He was born and raised in America’s heartland of Kansas, but he was also an immigrant refugee from the stars.

Our nation has found itself divided this election over the idea of “real” Americans and immigrants who want to adopt America as their home. The concept of Superman is so important because he is best parts of America combined to make one hero. To remove politics from Superman is to remove why he has become such an icon.

This idea was carried even further by Grant Morrison in ACTION COMICS #9, an issue that revolves Calvin Ellis, the Superman of Earth-23 who is also the president of the United States. In this issue, Superman meets a Lois Lane from another Earth who, along with that Earth’s version of Jimmy Olsen and Clark Kent, create an artificial intelligence version of Superman. However, their project needs more funding. They seek help from a corporate entity that is more interested in the brand of Superman. “Everybody wears its brand. It makes people feel part of something big and new and cool.” Superman without his moral code, without the political ideal of what America should be is a hollow, empty idea. It’s only appropriate then that this evil Superman is defeated by a Superman who is literally a politician.

Make no mistake, comics have always been political. Their work was the product of disenfranchised voices, specifically the vision of four Jewish-Americans, expressing their beliefs of what America should be through their art. When it becomes difficult to celebrate pop culture at these times, it’s important to remember that art gives a voice to the voiceless. These are the characters that gave hope to a generation when things in America seemed to be at their worst. Each issue of these comics were reminders of the fundamental truths of America still survived even if the actions of the government didn’t. To separate these characters and these works of art from politics is to strip them from the power that they hold and the reason for their decades of longevity.

“Who Tells Your Story?”

This takes us back to HAMILTON. Lin Manuel Miranda’s retelling of the life of Alexander Hamilton is infused with anachronism but maintains the authenticity of the bravado and imperfections of the founding fathers. HAMILTON reinforces the value of our stories. Hamilton, the forgotten founding father, is finally revealed in a new light to a modern audience. Before the explosive popularity of the musical, how many people honestly knew the story of Hamilton beyond being the dead dude on the 10 dollar bill? Speaking personally, I can’t even remember Hamilton being mentioned in my history classes. Here we see the dramatic power of a story. While HAMILTON is based in truth, it is embellished by the fiction of a musical to create a new vision of the historical figure.

CLICK: The Importance of X-Men and comics from ComicsVerse’s founder.

HAMILTON’s most vital reinvention of the historical truth comes from Miranda’s choice to recast the roles of the founding fathers with actors of various non-white ethnicities. This choice has been met with overwhelming praise, as well as some criticism, for providing representation to under served groups on the Broadway stage. The show certainly deserves this praise, but Miranda also creates a vision of a more inclusive America that reflects its ideals rather than its realities. Just as Superman and Captain America act as a moral criterion for America, Miranda presents an inclusive vision of the country that truly lives up to its sacred creed of “All men are created equal.”

The show ends with a number that asks the question “Who lives, who dies, who tells your story?” Miranda took the story of Alexander Hamilton and told his story through his unique form of artistry. When the dust clears and we look back at 2016 and the years ahead, our story will be told in part, and perhaps most permanently, through our fictions. These stories will serve as reminders of the ideals that were upheld in the face of the discord of reality. This is how our actions at this time will be remembered and it’s vital that we lift the stories that are authored by the voices of those who some will try to silence in the years ahead, especially as faith in our mainstream news sources seems to dwindle.

Art is political, but politics is not artistic. It is cold, harsh, and compromising. Art may contain our politics, but it is the only way we can express our struggles and make others see beyond the labels our politics have given us. The phrase “this is not normal” has been used often during this presidential transition, and it’s true. When reality becomes stranger than fiction, then we must rely on our stories to help us find the truth again. Rather than rejecting politics in our art, we must embrace it. If people believe legitimate news sources are biased, perhaps telling stories is the only way for people to find truths and common ground. We have made ourselves so tribal. We put the colors red and blue around ourselves and we forget the humanity we all share. Art is the only thing that can help us rediscover it again.