Team Arrow grapple with Sara Lance’s return to life, the ramifications of which lead Oliver to contact an old friend: John Constantine. 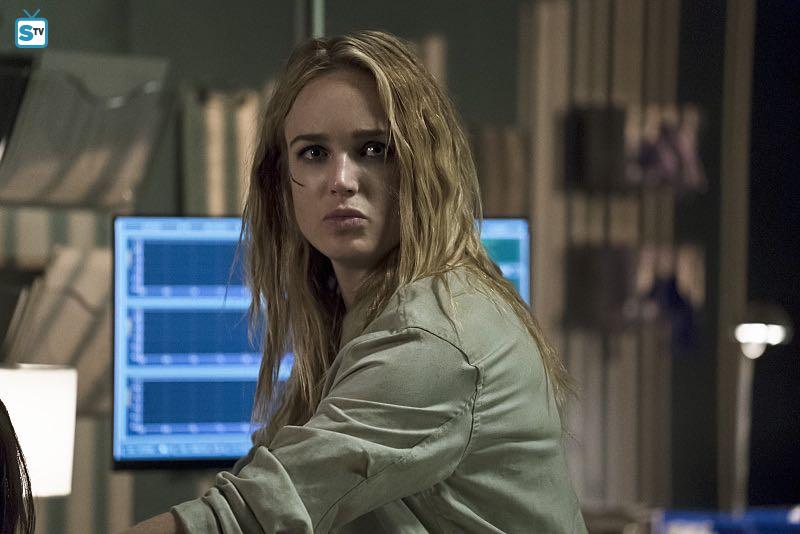 Haunted begins with the revived (and as seen at the end of the previous episode, recently escaped from Laurel’s basement) Sara Lance saving a woman from a mugging, only to then attempt to murder her. It turns out that Sara has murdered several women over the last few days, making her resurrection harder and harder for Laurel and a reluctant Captain Lance to hide from Oliver and the team. Sara’s attacks culminate at a popular night club, where she’s seen by Green Arrow.

READ: Catch up on the fourth season of ARROW here!

A furious Oliver angrily confronts Laurel and Thea over their deception, though he saves his harsher scorn for the former. Later, while attempting to figure out where Sara will attack next, Ollie and Felicity realize that all the women she’s killed bear striking physical similarities to Thea (since it was Thea who killed her) and sure enough Sara brutally assaults the younger Queen. Thea barely survives and ends up in the hospital, where Ollie and Laurel have another massive blowup before settling their issues. Their reconciliation is rather short-lived, as Sara once again assaults Thea in her hospital room. 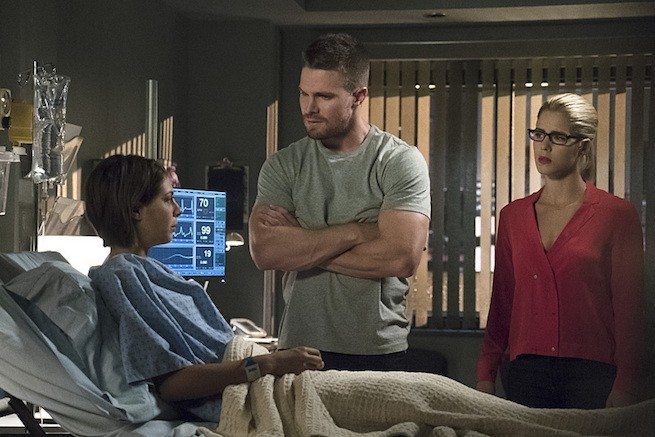 Realizing they need to put an end to Sara’s threat once and for all, the team devises a plan to trap her using Thea as bait. Meanwhile, Oliver puts in a call to his old friend John Constantine (see island section below for the hows and whys of their relationship). After Team Arrow has Sara subdued, Constantine explains that two people Sara truly loved must enter another realm to reunite her soul with her body. Ollie and Laurel, being the obvious choices for plot-reasons, enter and after fighting off some mental projections of League of Assassin ninjas reunite Sara’s body and soul. 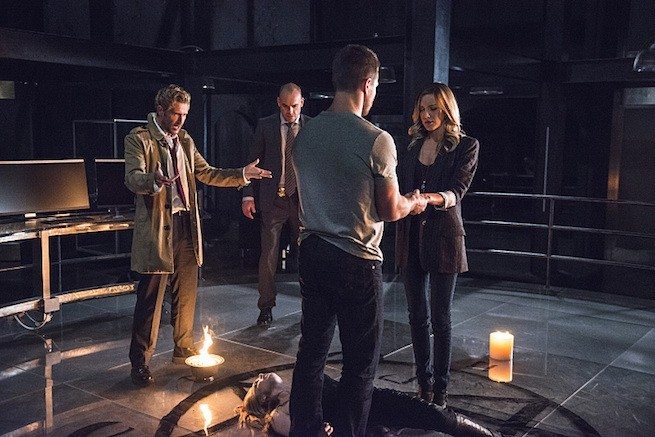 The main B-Story of this episode of ARROW centers around Captain Lance being given an assignment by Damien Darhk to destroy a military database. In his new role as a double agent (established in last week’s episode) Lance takes said assignment to Oliver, who in turn has him go to John Diggle for assistance. The two successfully carry out the mission, and while doing so stumble upon information about the HIVE ordered murder of Diggle’s brother that changes John’s perceptions about Andy’s death. The episode’s C-Story continues the slow-burn arc centered around Felicity and Curtis Holt piecing together what happened to Ray Palmer, though the surprise ending of the episode finally puts that storyline on the fast-track.

LISTEN: Check out this episode of the Comicsverse Podcast dedicated to another DC Comics hero, Red Hood!

This week’s “Five Years Ago On Lian Yu…” segments center around an appearance from Constantine. Initially he’s a captive of the drug-runners that Ollie is infiltrating, but escapes by taking Ollie himself hostage. He confesses that he’s on the island to locate a mystical artifact. After Ollie saves his life, Constantine realizes that Oliver is on the “side of the angels” and allows him to assist in the artifacts retrieval. They recover it and Constantine leaves the island, but not before magically giving Oliver the mysterious rib tattoo he’s had since the series began, explaining that he’ll need it in the future. 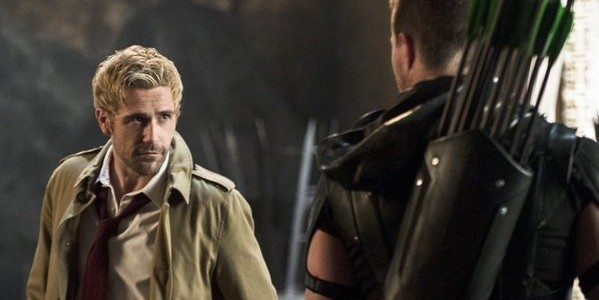 I must admit, I have mixed feelings on this episode of ARROW. On the one hand, all of it’s plot developments have more to do with two other DC Universe series than ARROW proper, namely bringing Sara Lance back to her status quo in preparation for the upcoming LEGENDS OF TOMORROW, and rehabilitating John Constantine after the failure of the CONSTANTINE series on NBC. However, as promotion-driven as both those plots are, I must admit I found myself enjoying both of them. It’s really good to see Caity Lotz back running around Star City, and I’m looking forward to her interactions with the rest of the cast before shipping off to the new series.

The appearance of John Constantine on the series was also a welcome one to me. His inclusion into the story did feel like a slight cheat and the fact that basically the whole island portion of the episode was dominated by him shows just how superfluous those flashbacks have become to the plot, but the performance given by Matt Ryan in this episode was superb. I admittedly never watched the CONSTANTINE series, but I will be sure to catch up on it now solely based on how good he was here.

Is there any doubt that Ollie’s new campaign manager, Alec Davis, will either be evil or dead by the end of the season?

Gotta love Felicity announcing herself as “your overlord, Felicity Smoak” over the Arrowcave PA system.

So Captain Lance can just drive his car into the Arrowcave now?

Hey, a Tommy Merlyn reference! Those are surprisingly rare considering how important the character was during the first season.

The layout of the Arrowcave bears some similarities to traditional comic book depictions of Justice League headquarters. I wonder if that’s some foreshadowing for future events?

Line Of The Week goes to Felicity for her reaction to meeting Constantine: “I’m just glad the latest person from Ollie’s past isn’t another gorgeous woman.” 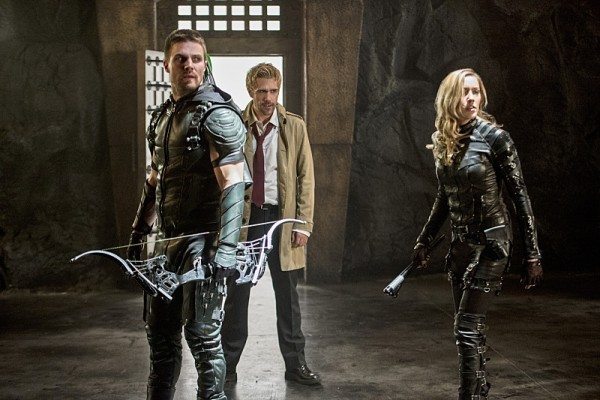 Haunted suffers a bit from essentially being a commercial for one series that hasn’t premiered yet and another that’s already canceled, but in the end it still holds up as a solid entry in the surprisingly strong fourth season of ARROW.

READ: Check out more REVIEWS from the ComicsVerse crew!