The fourth episode of ARROW’s fourth season finds Oliver Queen and the rest of Team Arrow confronting a threat from within the Star City Police Department. However, their investigation leads them to a discovery that could shock them to their very core. 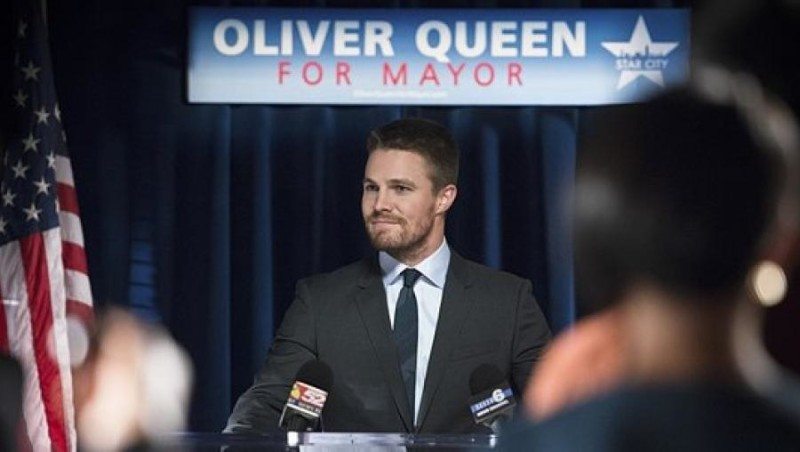 This episode breaks the string of opening with a HIVE attack on a Star City utility, instead opening on a gang of drug dealers getting ready to head out for a night of sales. They’re interrupted by an apparent SCPD SWAT Team who quickly gun the dealers down. Two plainclothes SCPD detectives enter and are shocked at the carnage and turn to question the Swat team, only to be gunned down themselves. The next morning we find that Ollie has invited the other members of Team Arrow to a new office space he’s just purchased. He and Felicity announce his plans to run for mayor and they’re standing in his new campaign office, which Diggle, Laurel, and Thea meet with skepticism. They’re much more enthused about Oliver’s next reveal, namely that underneath campaign headquarters is the new, much more high tech Arrowcave.

READ: Catch up on earlier episodes of the fourth season of ARROW here.

Ollie’s next step is to visit with Captain Lance and ask for his endorsement. Lance is outwardly hostile to the idea of Queen’s campaign, but he does provide a memory card found at the scenes of the detectives’ murders to Ollie, telling him that the SCPD doesn’t have the manpower to run evidence quickly. Team Arrow uses the card to trace the criminals to a warehouse, and discovers all their official SCPD gear. They arrange a sting operation with Lance, using Thea’s old drug connections to procure a large quantity of heroin. However, the corrupt SWAT officers are able to overpower them with what Lance later reveals were weapons designed for his former Vigilante Task Force, led by Liza Warner (played by Rutina Wesley of TRUE BLOOD fame).

Captain Lance gives Felicity access to the SCPD’s whole camera network, however that comes back to bite him, as she and Ollie witness him meeting with Damien Darhk. Oliver confronts Lance, and the latter confesses during an emotional argument between the two. Lance claims that Darhk initially approached him as a concerned citizen, and that he was too far in before he learned who Darhk truly was. Lance is later abducted by the rouge group of cops, however Team Arrow is able to track him and lead a rescue. The fight goes much better for them this time, however Ollie is almost murdered by Warner. He’s by Lance, who convinces Warner (and perhaps Ollie) that anyone can find redemption. 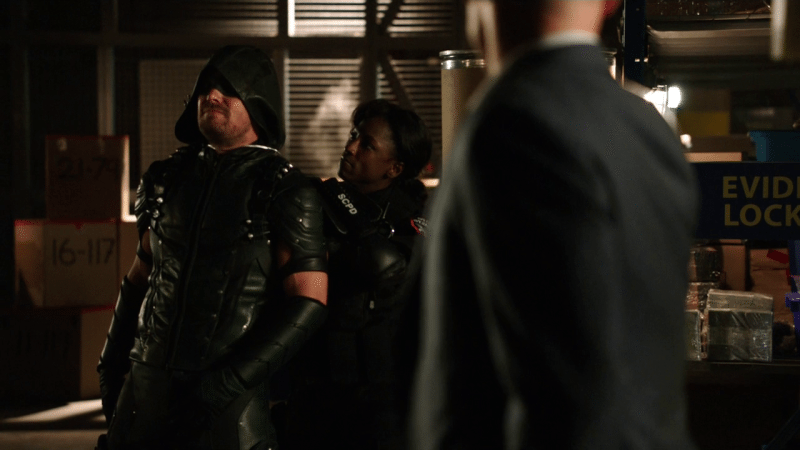 The next day Ollie visits Lance again, and tells him that he believes he can find redemption. Lance says he intends to by turning himself in over his work with Darhk, but Ollie begs him not to, instead convincing him to be a double agent. Later that day Ollie arrives at his campaign office to find it teeming with interns brought in by Thea, whose also written his official campaign announcement. Ollie announces his entry into the race, vowing to bring Star City back to the glory days of his youth.

READ: Catch up on ARROW’s sister series THE FLASH.

The episode’s main B-story deals with Laurel confessing to her father that she’s brought Sara back to life, presenting her feral and chained up sister to him in her basement. Captain Lance is horrified, and initially doesn’t know what to do. He asks Darhk for help (the meeting Ollie and Felicity witness on the SCPD cameras) and the HIVE leader recommends that Lance kill Sara because she now has no soul.  Lance is about to shoot her but Laurel stops him, convincing him that the “real” Sara will return. However at the end of the episode, Sara has escaped. The C-story continues following Felicity’s work at Palmertech with Holt, as they deduce that Ray Palmer left a message for her before his apparent death. 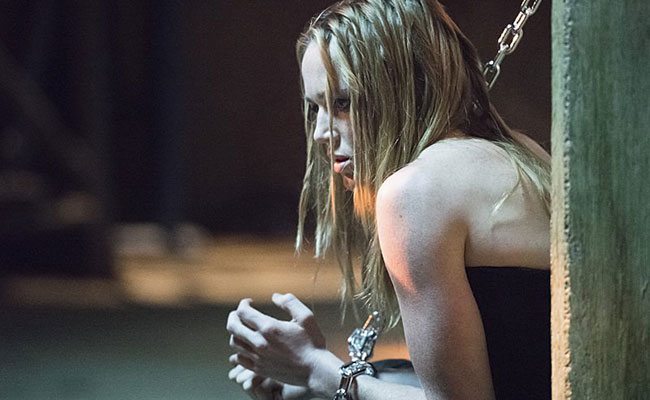 This week’s flashback to the island picks up where last week left off, with Ollie hiding the female prisoner he was supposed to have executed. One of the drug-runners doesn’t trust him and demands to see the body, a request Ollie fulfills by showing off her “corpse” (actually the living prisoner put to sleep by a nerve-hold Oliver learned).

“Beyond Redemption” is the first misstep in ARROW’s fourth season. That’s not to say it’s a bad episode, in fact it’s better than most of season three. However. it simply has too many storylines going on. The main story of the renegade SWAT Team plays out in a very predictable fashion, and would have fit better in the first or second season of “realistic, grounded” ARROW as opposed to the super-heroic version we have now. Meanwhile, the subplots of Lance learning of Sara’s resurrection and Oliver officially announcing his candidacy for mayor both deserved much more airtime than they got, as they’re both hugely important arcs going forward. In fact, I would argue the episode would have been better solely focusing on those and ditching the SWAT-storyline entirely. As far as the Lian Yu flashbacks go, this week was intolerable to sit through. At this point, I honestly hope the producers drop the flashbacks next year, as they’ve been dragging down the series since the beginning of the third season. 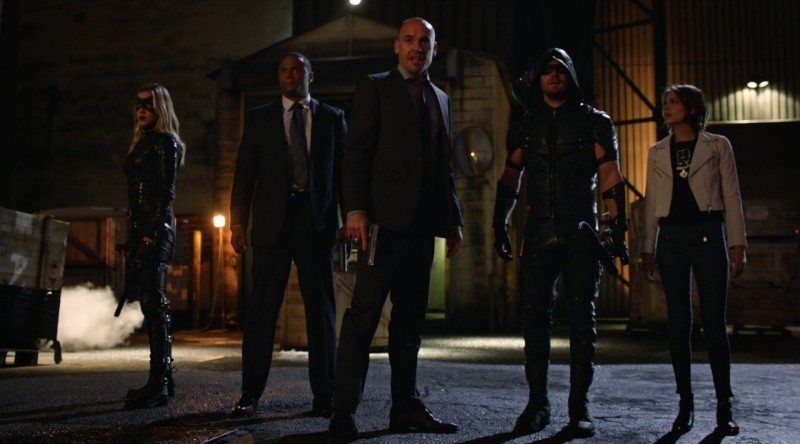 The episode does have one major redeeming quality going for it, that being the fantastic acting of Stephen Amell and Paul Blackthorne as Ollie and Captain Lance respectively. They deliver the best scene in the history of the series during their mid-episode confrontation over Lance’s work with Darhk. Nearly three and half years of character development and complex relationship between the two are played through facial expressions and body language. I honestly can’t even do the scene justice, all I can do is recommend checking it out.

What did you think of this episode of ARROW? Let us know in the comments below, or on Twitter @Comicsverse