After a (relatively) disappointing third season that saw the series not only fail to replicate the greatness of it’s second season, but fall behind spin-of THE FLASH, ARROW returned to the airwaves this past week. Last we left our heroes, Team Arrow was a bit scattered. Oliver Queen and Felicity Smoak had left Starling behind, seemingly for good, to focus on their new life of domestic bliss. Meanwhile John Diggle, Laurel “Black Canary” Lance, and the newly minted Speedy Thea Queen took over protecting the city in their absence at the end of the third season finale. 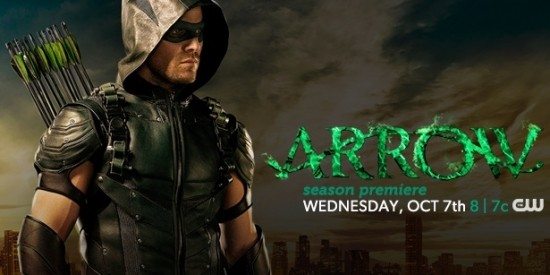 As the fourth season begins, not much has changed. Ollie and Felicity are seemingly content in Ivy Town, playing the rolls of neighborhood hosts and generally enjoying their newfound domesticity. In the newly renamed (in honor of the “late” Ray Palmer) Star City, Team Arrow is doing their best. However a new organization of highly trained criminals they’ve deemed “ghosts” lead by the mysterious Damian Darhk are wreaking havoc. After a series of public assassinations and theft of experimental weapons, Thea and Laurel decide it’s time to bring Oliver back into the fold. Thanks to the ever-so-mystical ways of perfect timing, they arrive to recruit him just as he’s about to propose to Felicity. Though Ollie is initially reluctant, his desire to help his team along with Felicity’s desire to go back sways him and the three head back to Star City.

Oliie’s return isn’t welcome by all his friends however, especially Diggle and Captain Lance. For his part, John has yet to forgive Oliver for his ruse of betrayal from last season. Meanwhile Lance continues to blame Oliver’s emergence as the Arrow for Star City’s dire state. Meanwhile, he notices that Thea is having issues keeping her rage in check while patrolling as Speedy, perhaps an after-effect of her Lazarus Pit resurrection last season. In addition, Ollie realizes (in a scene played to absolute perfection by Stephen Amell) that Felicty had been working with Team Arrow secretly the whole time the two were gone, prompting her to confess that she misses the good they did as heroes.

The team is able to begrudgingly band together and foil Darhk’s plan, but not before he uses his mystical powers to beat down Ollie a bit. Deciding he has to stay, Oliie (in a brand new comics-inspired costume) announces on a public TV broadcast that he intends to bring hope back to the city as Green Arrow. However, little does he know that one of his allies has seemingly betrayed him to Darhk and his HIVE. 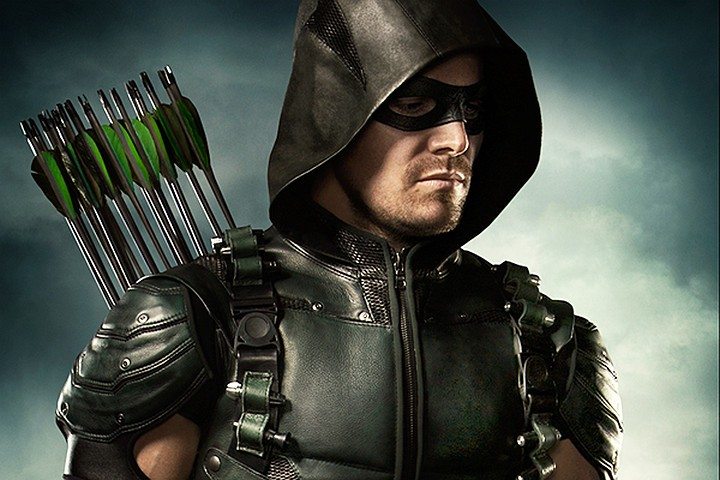 Since it wouldn’t be ARROW without some flashbacks, we’re once again sent five years back in the past. Last we left past-Ollie, he had hopped a ship to Coast City after last season’s Hong Kong plot. His time there is brief however, as he’s abducted by Amanda Waller and dropped back on the Island where his journey started on a covert mission. We don’t learn more than that however, as some of this episode’s flashback time was cut for something ARROW had never done before: a flash forward. The episode ends six months from now, with Ollie and Grant Gustin’s Barry Allen standing over a freshly filled grave after a funeral. Ollie vows to Barry that he will “kill him for what he did” ending the episode on a mysterious note.

This was a really strong season premiere for ARROW. First and foremost, the show introduced something last season was truly lacking, a strong villain in Damian Darhk. He’s established as an incredibly dangerous villain with devastating mystic powers that make him a real threat in the course of forty-five minutes, something the show wasn’t able to do for Ra’s Al Ghul in a whole season last year. The turmoil between the members of Team Arrow was also well done. It never crossed into soap opera territory, but did establish some conflict that should stay around for most of the year. The final scene’s flash-forward was a brilliant move. The addition of Barry Allen gave the moment a huge sense of gravitas, and the mystery of who and how someone close to the heroes died provides a very strong hook for the season. Acting-wise, Stephen Amell gets the MVP award for the episode, as portrayed a slightly more mellow/hopeful Ollie than in the past, without losing any of the characters core traits. 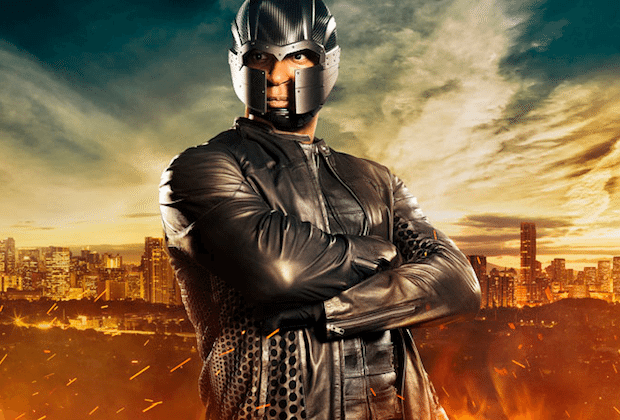 The fourth season premiere of ARROW was definitely a strong episode in its own right, and an overall step in the right direction for a series that stumbled a bit during Season Three. Let me know what you thought of it in the comments below, or on twitter @Comicsverse.