The mission to find Ray Palmer is on, as Team Arrow races to rescue The Atom before it’s too late.

Our ARROW S4E6 “Lost Souls” Review begins with a flashback to the end of the third, showing us the explosion that tore the top floor of the Palmertech office building, which seemingly claimed Ray Palmer’s life. However we learn that Palmer was experimenting with shrinking technology and succeeded in miniaturizing himself just before the equipment blew up. Back in the present, Felicity and Holt are obsessively studying the message from Ray that they found at the end of the previous episode. Ollie, curious to where Felicity has been for several days, arrives at the lab, and only then does she tell him that Ray’s alive and introduce him to Holt. 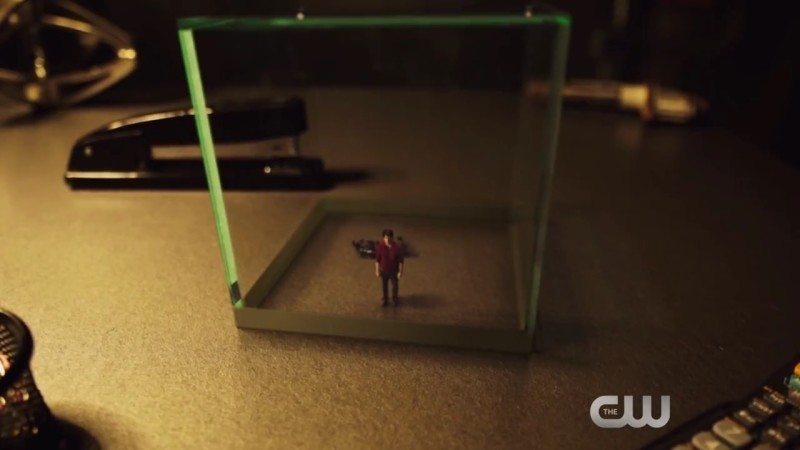 Eventually, Ray is able to transmit a video message to Felicity, telling her that he’s being held captive in a lab. He also explains what they need to do to de-miniaturize him, which includes acquiring a piece of equipment from Kord Industries. Team Arrow, including Sara (whom I’ll discuss more below) suit up and successfully steal the piece, though Ollie and Felicity are bickering over com the whole time over his decision to invite her mother to town. The three have dinner together, but Felicity and Ollie passive aggressively fight until her mother gives them some space, and Felicity confesses that she feels responsible for what’s happened to Ray since she took off with Ollie instead of staying in Star City. Felicity’s mood is worsened when she receives another video message from Ray, only to realize he’s being held captive by Damian Darhk. 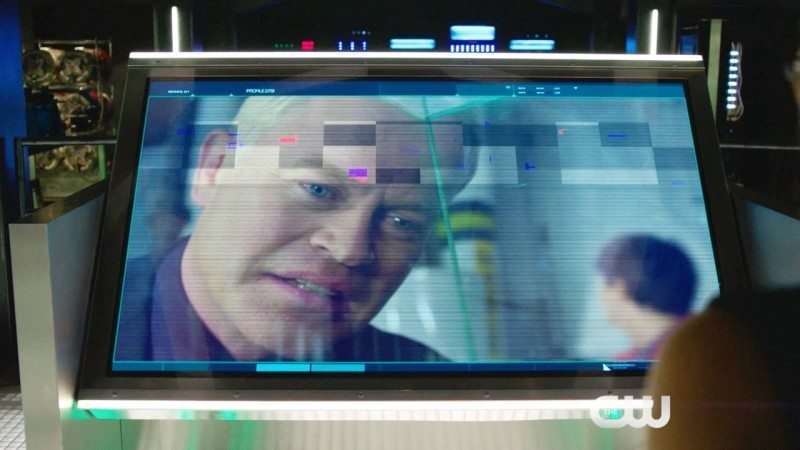 Team Arrow goes into full-rescue mode, including bringing Felicity and Holt into the field with them. Ollie allows himself to be captured and starts a one-on-one fight to serve as a distraction for Darhk, while the rest of the team busts into his HIVE headquarters (the location of which was provided by double-agent Lance). While Speedy and the two Black Canaries battle HIVE soldiers, Diggle, Felicity, and Holt go after Ray. After narrowly escaping his battle with Darhk, Ollie joins the latter trio and they’re able to rescue Dr. Palmer. The episode ends with Ollie and Felicity seemingly having worked out their issues, and Detective Lance and Felicity’s mother hitting on each other at a bar, though neither of them know the identity of the other. 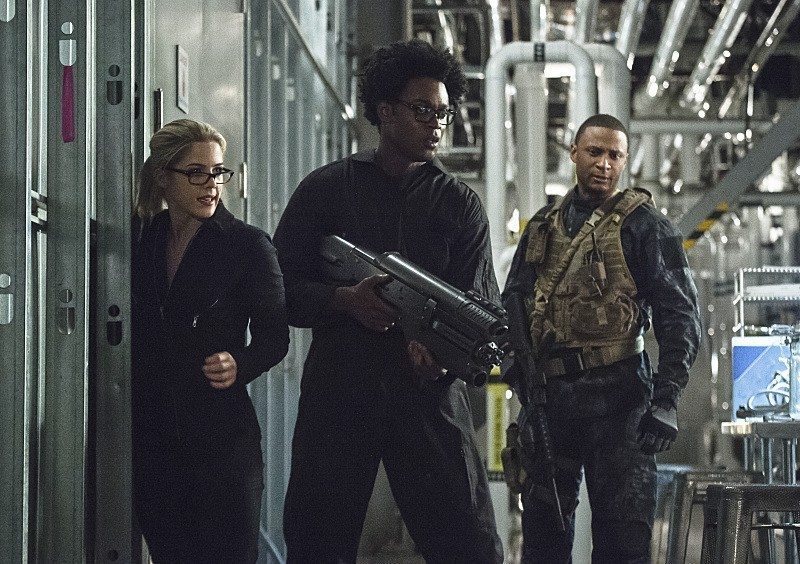 The episode was a rarity amongst the ARROW canon, in that it didn’t have a B-Story but rather a B-Plot that ran through the A-Story, namely Sara Lance. In both instances where she suits up with Team Arrow, Sara is unnecessarily violent just like Thea has been since her Lazarus Pit return. After nearly beating a security guard to death at Kord Industries and killing two of the HIVE guards during the mission to rescue Palmer, Sara announces that she’s leaving Star City to find herself.

READ: Feeling behind on ARROW?  If you’ve missed any of ARROW Season 4 catch up with our reviews here!

After last week’s seemingly important Constantine appearance, this episode’s Lian Yu island flashback focuses on Ollie learning that the soldiers on the island are using drugs as a cover for something bigger, and although he’s not quite sure what, he’s ordered to force prisoners to dig at a specific beach. He’s then attacked by one of the prisoners of the prisoners (at the orders of the one of the guards whose suspicious of Ollie) and is forced to kill the man. 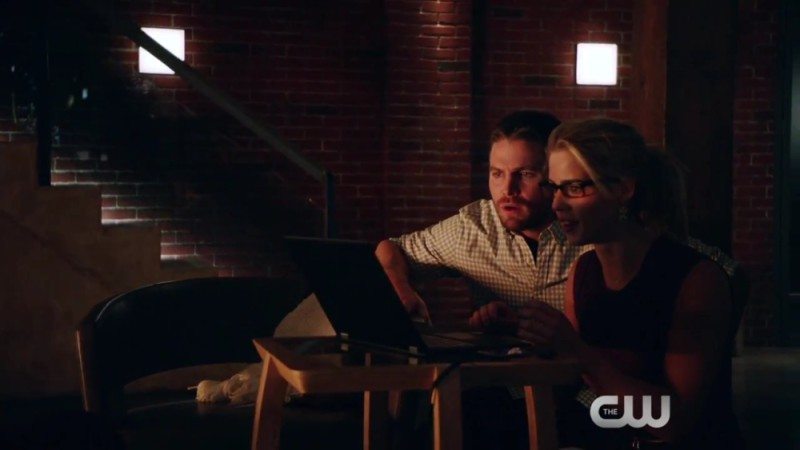 On paper there was a lot to like about this ARROW episode. It featured the return of Brandon Routh as Ray Palmer/The Atom (finally with the character’s actual powers being used), a major Team Arrow mission to rescue him, and a one-on-one confrontation between between Green Arrow and Darhk. However, I personally was left a bit cold by it. After some reflection, I think that was due to the inclusion of Felcity’s mother. While I adore Charlotte Ross as Donna Smoak, she seemed shoehorned into this episode solely to provide dramatic tension to Ollie and Felicity’s relationship, which wasn’t necessary since the discovery of Felicity’s ex still being alive achieved that on its own.  Also, from a story standpoint, I just can’t believe that Ollie and Felicity would both take the time to deal with that issue at this time, considering everything going on with Ray.

READ: Want something a little lighter? Catch up on ARROW’s sister series THE FLASH here!

Beyond Felicty’s mother, I also wasn’t fond of the way Ray and Sara were written off by episode’s end (him by announcing that he wanted to continue having the public believe he was dead, she by leaving Star City due to the issues described above) It was just too hard of a plot contrivance to set them up for their upcoming LEGENDS OF TOMORROW spin-off.

All in all, I felt this episode of ARROW didn’t fully deliver on it’s premise. Also, the episode’s good moments were muddled by the Ollie/Felicity/Donna drama. I wouldn’t go as far as calling it a misstep, but it’s certainly the weakest offering of the fourth season so far.