Welcome back ARROW fans. The winter recess is over, and the fourth season of the Emerald Archer’s adventures is back in full swing. Last we left our heroes, Oliver Queen had proposed to Felicity Smoak in the midst of Team Arrow’s on-going war with Damian Darhk and his H.I.V.E.. Alas, that happiness wasn’t meant to last, as the mid-season finale left off with Ollie cradling a seemingly bullet-riddled Felicity in his arms.

As always, there are some spoilers up ahead for the tenth episode of ARROW’s fourth season. Proceed at your own risk. 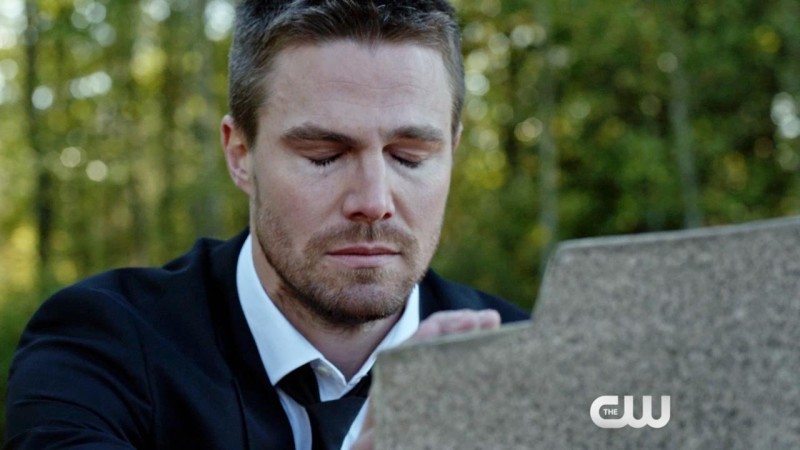 “Blood Debts” opens up with a flash-forward to the same funeral we saw in the season premiere (now four months away instead of that episode’s six), and once again details Oliver Queen angrily vowing to Barry Allen that he’s going to get revenge for whomever is in the grave. The episode moves back into the present, and quickly reveals that Felicity did, in fact, survive the attack at the end of the previous episode, and is scheduled for another round of surgery. All of Team Arrow rallies around her, except for Ollie, who is out in the streets on a desperate quest to located Darhk, violently attempting to gather information from H.I.V.E.’s ghost agents.

READ: Need a refresher on where ARROW left off? Check out our review of the Fall Finale here!

With a little help from double agent Detective Lance, Green Arrow is able track down Darhk’s lair, only to find that Anarky has returned and murdered the latter’s men. The team is able to track down and capture Anarky, but instead of turning him over to the police, Oliver decides to hold him hostage and interrogate him. Said interrogation is fruitless, and while Ollie goes off to see Felicity (see below),  Laurel calls the cops and has the criminal taken into custody. Oliver one-ups her, however, and frees Anarky, instructing him to kill Darhk. 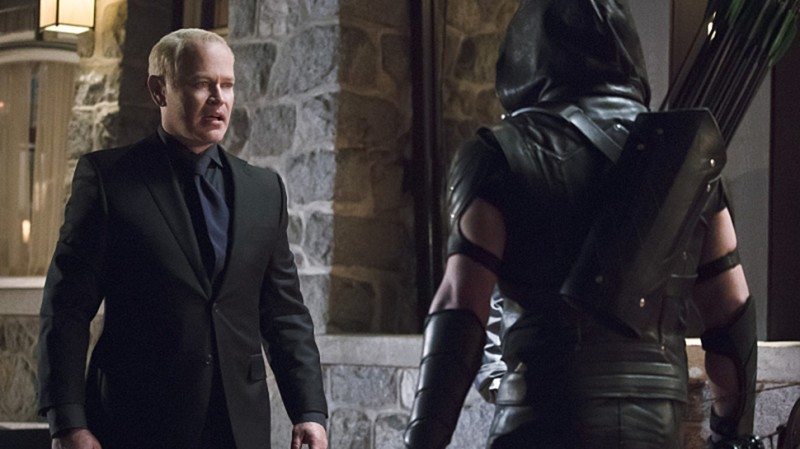 While the team is initially baffled by Ollie’s actions, he reveals that he planted a tracker on Anarky, using him to lead them to Darhk. They arrive just in the nick of time to rescue Darhk’s family from Anarky, who has taken them hostage. Unfortunately, he’s able to escape from Speedy while Green Arrow confronts Darhk himself, who allows the archer to live in gratitude for saving his family. The episode ends with two twists that I won’t spoil here, though suffice to say both cast the events of this episode in a totally different light.

In addition to the above A-Story, “Blood Debts” intertwines two related B-Stories. The first deals with Oliver putting off visiting Felicity, feeling like he’s unworthy of seeing her until he finishes off Darhk once and for all. However, he relents, and the two reconnect when her latest surgery reveals that she’ll most likely never walk again. Meanwhile, John Diggle continues to get through to his brother Andy. Initially, he physically fights him to no avail, but Diggle seems to get through to him in the end by simply treating him as his brother. 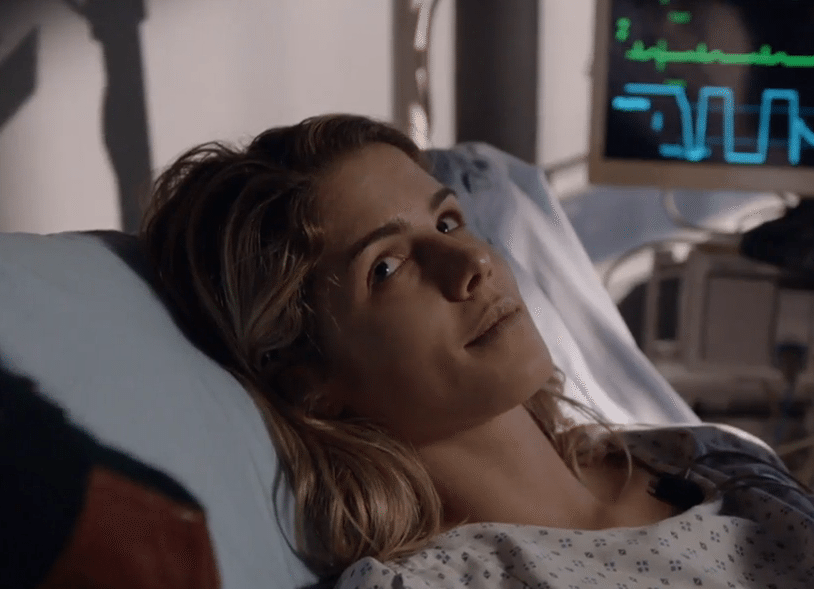 I was a bit nervous about ARROW’s return, as the series was firing on all cylinders before the show went on mid-winter hiatus. I’m happy to report my nerves were unfounded, as the show’s return proved to be just as strong as the episodes from last fall. The episode’s main plot was really well constructed. I particularly enjoyed Ollie’s actions in regards to Felicity’s injuries. While he did become slightly more violent in looking for Darhk, he didn’t completely lose his mind or morals as the series has been prone to have him do during similar situations. In general, all of Team Arrow’s reactions to Felicity’s injuries were very well done. All of the characters upped their metaphorical game as Darhk’s threat has now hit much closer to home.

READ: The Scarlett Speedster is back in action as well! Check out our review of THE FLASH midseason premiere!

Speaking of Felicity’s injuries, I’m very curious to see where the ARROW creative team goes from here. It seems a bit too obvious to put her in a wheelchair and make her the full-on Arrowverse version of Oracle. Besides the fact that the producers have outright denied it, it just doesn’t seem like the type of move the show would make. If I were to make a prediction, I would think that somehow Malcolm Merlyn and the Lazarus pit will come into play, somehow healing Felicity’s spine.

This week’s Acting MVP Award goes to Willa Holland. She really shined this week, and her scenes with Anarky were of particular note. Holland displayed much more depth than usual anytime the two were onscreen together, both in the palpable guilt she felt for having burned Anarky during their previous encounter and her abject horror at realizing that she and he share similar rage issues. In general, Holland’s work has been very good this season after looking like she was at times phoning it in over the last few years. Perhaps the character finally taking on the Speedy identity reinvigorated her. 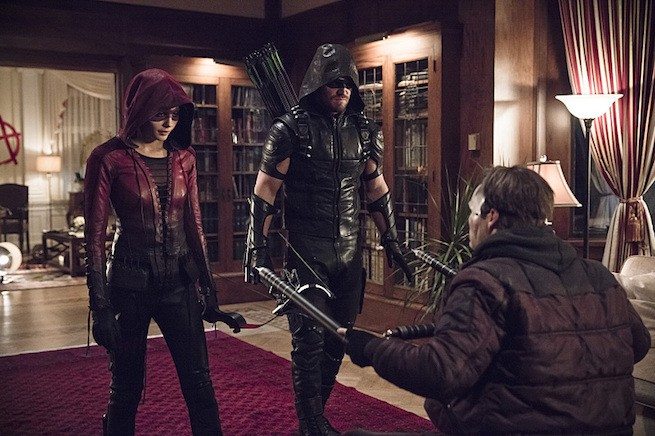 ARROW Season Four made a strong case that it would be up to par with the series-best second season during its fall run, and “Blood Debts” did nothing to dispel that notion. It’s a strongly plotted, well-acted episode that does a very good job of moving the narrative forward. As has been the case most of this season, I definitely recommend checking this out to anyone who dropped the show during its so-so third season.