Meet the Strong Female Character. She’s tough, steely-eyed, and intimidating. She’s got short-to-medium-length hair, doesn’t care about makeup or fashion, and is completely immune to masculine charm (well, until the end of the movie). And you can bet she has a witty retort prepared for anyone who tells her she should smile more. As the only woman in the boy’s club, she has to bring enough sass and kick-ass for all the female fans.

There is nothing inherently wrong with characters like her — they’re often admirable and entertaining to watch. The problem is, the reason they are “strong female characters” in the minds of the creator and audience is because they are masculine or, rather, exhibit many masculine traits. Take, for example, Mulan. She impersonates a man by chopping off her hair, cross-dressing, and training to physically match the other warriors (while the song “I’ll Make a Man Out of You” is playing in the background). But when she and her fellow warriors need to enter the palace for the final battle, they pose as concubines to distract the guards, suggesting that the only useful feminine trait is the ability to seduce.

That’s not to put down female protagonists in films like MULAN. It’s empowering to watch women break gender stereotypes (and, clearly, MULAN’s historical context justified the plot). It’s just that we need more films that show how females can be strong without just having them turn masculine and/or use their powers of seduction. Rather than drawing on femininity as a source of strength, many movies have treated it as a weakness — as if it’s an unfortunate obstacle that the woman needs to overcome by proving herself and outshining all the men.

Ever wondered why THE SIMS is so addictive? CLICK HERE to find out!

ARRIVAL, on the other hand, is redefining this limited version of “strength” in female roles. The film embraces female characteristics, qualities, and struggles in creating a strong, intelligent, and relatable heroine.

Quick plot rundown: After aliens land at twelve sites across the world, respected linguist Louise Banks is recruited to decipher their language and uncover the purpose of their arrival. As Louise immerses herself in their language, she gains the ability to experience time non-linearly, allowing her to see her future. Eventually, she can understand the real reason why the aliens came, which profoundly changes the world forever.

Louise Banks is a strong female character because (although she saves the world) she wasn’t intended to be one. She wasn’t written as a male character with female pronouns. She wasn’t built for the purpose of inspiring little girls everywhere. And she wasn’t always strong. She was herself.

In the poignant first few minutes of ARRIVAL, we watch Louise play cowboy with her smiling daughter. The child turns into a teenager sitting in the doctor’s office while Louise looks on, concerned. Then we see Louise lying next to her daughter, who has passed away in the hospital. She cries, and her body shakes. Before the main plot has even begun, we have seen her at her best and her worst.

Because we think her daughter died before she is called to decode the alien language, Louise seems to carry a weight of perennial sadness and loneliness throughout the movie, presumably because she is still grieving. She lives in a perpetually dark home with large windows that overlook a lake, intensifying her solitude. 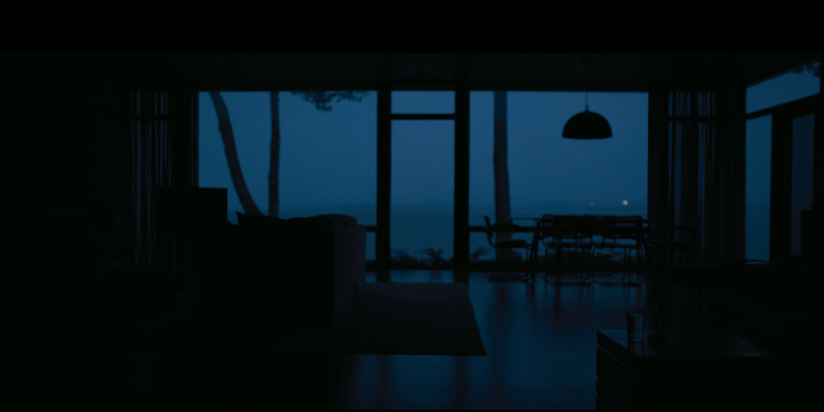 The only adult from her personal life we see Louise speak to is her mother over the phone — no friends or colleagues. Louise isn’t popular, talkative, or alluring, but we feel for her and care about her like another human being. She’s not just another empowering female lead: she’s a well-developed character whom the audience immediately sympathizes for.

I never wanted to reach through the screen and hug the not-quite-readable Katniss Everdeen or the stone-faced Claire Dearing from JURASSIC WORLD quite as much. It is this human weakness and vulnerability shown at the beginning and throughout the film ARRIVAL that amplifies the strength of Louise’s actions later on.

What happened to those guys who sang “All Star”? CLICK HERE to find out where your favorite 2000’s bands went!

“Strong” takes on many meanings, including being able to hold back your emotions or appear unaffected by tragedy. Louise is shown being overwhelmed by emotion several times. When she is about to enter the alien spacecraft for the first time, director Denis Villeneuve points the camera to her hand, which is trembling. She cries — twice — when she begins to understand her ability to know her future and that her daughter will die. This only makes her appear even stronger. She is, realistically, utterly scared, but she pushes herself to meet the aliens, later take off her suit and walk closer to them, and finally enter the spacecraft alone to speak with one without the protection of a barrier. And despite knowing her baby will die and her husband will leave her, she musters the strength to choose happiness, even if it is limited.

The last decade has brought an influx of female characters who were strong because they could fight and keep their composure under intense pressure. They always physically matched or exceeded their male counterparts on the battlefield, whether through hard work, clever strategizing, or both. They’ve cropped up in dystopian movies, action flicks, and superhero franchises, from Judy Hopps in ZOOTOPIA to Tris in DIVERGENT to MYSTIQUE in X-Men.

But instead of giving her these physical and emotional strengths, ARRIVAL further shifts the SFC stereotype by emphasizing Louise’s intellectual abilities.

READ: Where did all the R-rated movies go?

Louise’s position in academia is an admirable one, and the government heads to her first with recordings of the alien language. She hesitates to accept the offer to work with them, though, and Colonel Weber stands up to talk to the next linguist in line, a UC Berkeley professor whom Louise is familiar with.

Before Weber leaves her office, Louise says sharply, “Ask him the Sanskrit word for war and its translation.”

Weber shows up at her doorstep in the middle of that night, and he says, “Gavisti. He says it means an argument. What do you say it means?”

“Pack your bags,” says the Colonel.

This interaction suggests that Louise is better suited to the job because she is meticulous and aware of linguistic differences — her expertise and skills in her field are among the best in the country. We’ve seen men pedal the intellectual roles in films like GOOD WILL HUNTING, THE IMITATION GAME, and A BEAUTIFUL MIND, so it’s satisfying to see Louise recognized and valued for her knowledge (shoutout to HIDDEN FIGURES for doing the same).

Louise becomes the first person to make a linguistic connection with the aliens, and she is the only one who understands that they do not have hostile intentions. The key misunderstanding in the film surrounds the aliens’ response when asked what their purpose on earth is. Their answer is “offer weapon” to Louise and “use weapon” to a different spacecraft site. While Chinese officials and the US military interpret these statements as antagonistic and then demand war, Louise urges against taking them at face value. Just as she realizes “gavisti” could mean something as harmful as war or as innocuous as wanting more cows, she sees that communication is more complex than just translating words.

Even though Louise’s gender isn’t explicitly referenced or glaringly flaunted, it’s hard to ignore the contrast between the military men, who are rational, impulsive, and contentious, and Louise, who is nurturing, emotional, and amicable. These traditionally “feminine” traits are often snubbed by other SFCs, who act like succumbing to them would make them look weak, but here they are essential to the story, and Louise uses them to save the world.

While the world strengthens their communication with the aliens, Louise is the only voice who insists on not jumping to conclusions about the translations. Only she can see that what the aliens say may be translated into many different meanings and that it is important to consider all of them. As her male colleagues grow restless, she is forced to explain this concept several times.

After Louise makes the first linguistic breakthrough by riskily taking off her suit and stepping closer to the aliens, Colonel Weber walks up to her and says, “Everything you do in there, I have to speak to a room full of men whose first and last question is: how can this be used against us?” She tells Colonel Weber an anecdote about where the word “kangaroo” comes from. An explorer landed in Australia and asked the aboriginal people what these creatures were. They replied, “Kangaroo,” which was later discovered to mean “I don’t understand.”

The point she was trying to make to the colonel, like with her translation of “gavisti,” was that language does not always facilitate direct communication and that they need to be patient to reach true understanding. Regardless of her efforts, US officials eventually cut communication with the other countries and begin to prepare for war, and Louise has to save the fate of the world by calling General Shang and convincing him not to attack.

In ARRIVAL, Louise Banks embraces what society has traditionally considered “female” strengths — communication, empathy, patience, non-aggression — fighting against the idea that women must take on masculine qualities to be strong.

READ: Why the illusion of choice in video games is important!

On the whole, women may actually communicate more effectively than men. A study by the University of Maryland found that female brains had a greater amount of a protein that helps with communication. And while men speak an average of 7,000 words each day, women speak 20,000. Men are generally “more physically and verbally aggressive than women across data sources and nations.” Obviously, these are only vague trends that don’t define individuals. But ARRIVAL quietly acknowledges these strengths, sending the message that traditionally “female” traits are valuable and necessary in the workforce and the world.

At the same time, Louise, of course, brings her individuality and strengths. She is assertive and independent, not once doubting whether or not she’s capable of leading an elite group on a pivotal, world-changing mission. She views herself as an equal to her colleagues and makes key decisions independently: taking off her spacesuit, entering the spacecraft by herself, and calling General Shang to stop the impending military assault on the aliens. Most notably, she chooses to have a baby who will die and to marry a man who will leave her when she tells him this. Louise is strong because she makes decisions for herself, never allowing anyone else to decide her fate.