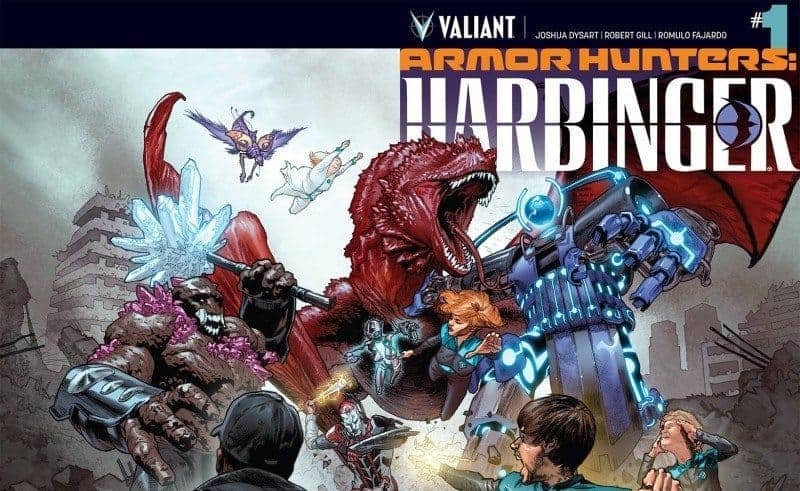 Generation Zero is headed into ground zero, Mexico City to provide aid for the country in shambles. This provides a conflict of interest as Gen Zero is just looking for a sense of normalcy.

This issue focuses mainly on introducing the members of Generation Zero. They previously appeared in Harbinger Wars (with Bloodshot) and in the pages of Harbinger. If you forgot a few of them, like me, the introductions with names, code names, and power set was a great refresher. It did seem to take up half of the issue though, introducing the characters one by one. Some team members did not get a chance to shine yet in this issue, but the miniseries is not over yet and there is plenty of time to grow attached to some of these.

Christian/Cronos had the most development in this issue. All he wanted was a chance to live a normal life. His team is young. How young? As young as a 9 year old who, when scared, bad things happen. Prediction: he will be scared in this miniseries. Animalia/ Monica Jim seems like the big link from Harbinger, acting on the Renegade’s team in the final arc.

The Renegades do make an appearance in the comic. They are seen as role models for the younger team. Zephyr and Torque, teenagers themselves, act a bit as reluctant lesions.

The art was not the best. Zephyr and Kalea (Cloud) had some strange expressions throughout the story but it was not too distracting. The coloring makes the book. Flamingo and Peter do appear on the cover but are absent in the story- but this was probably to draw attention to the fact that it is a Harbinger book. Soon, Generation Zero will step into their own.

I do appreciate that Armor Hunters is working on covering all aspects of the event. As this week’s X-O Manowar 27 details the origin of the Hunters, this mini series serves to see what happens in the wake of the destructive path…while other titles are focusing on the action and front lines. It really feels more like a world reacting to the invasion and rallying up against the threat rather than mandatory tie-ins to an event that will be quickly over. This type of cohesiveness will look great in the collected edition and I look forward to re-reading the storyline in its entirety.