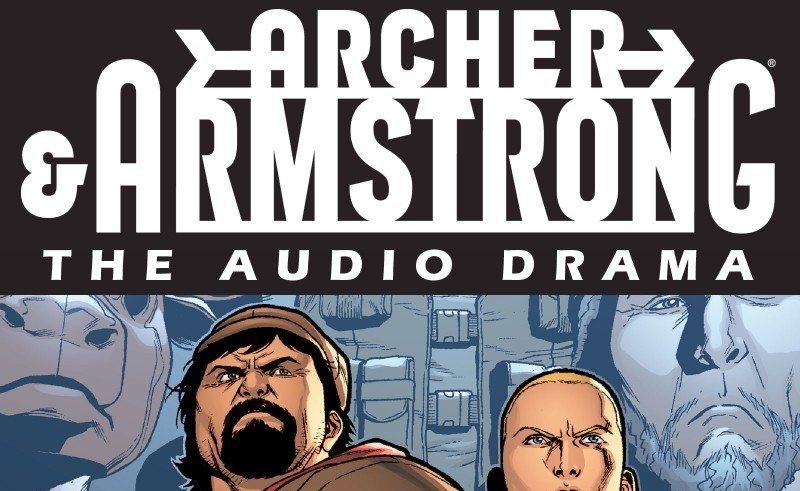 Nowadays, comic book movies are a dime a dozen, so what’s the next frontier for comics? Audio dramas. I know, it’s weird to think a style of storytelling that relies so heavily on visual artistry could ever work without so much as a glimpse at the characters, but ARCHER AND ARMSTRONG: THE AUDIO DRAMA by Pendant Productions works, plain and simple.

At first, it can be a little jarring getting into the idea of a comic book being adapted into a starkly different format, but after the initial shock of the situation, I found a lot to love about the production. The cast—in particular, Pete Milan and Paul Brueggemann as Armstrong and Archer—bring a certain energy to the drama that livens up the dialogue.

Brueggemann does an especially good job of bringing Archer’s very odd idiosyncrasies to life. The important thing about Archer that gets a little lost from time to time in the comics is that he’s been conditioned to speak in this very polite, respectful manner. He was born and raised in a cult, after all. In the comics, you sometimes feel like the dialogue is stilted because of just how formal some of it is, but when Brueggemann recites those lines, they come alive. It’s his energy and spot-on delivery that does it, especially when he performs the asides to narrate whatever crazy technique he’s about to perform. Again, this is something that in the comics sometimes feels like a weird stylistic choice, but in the context of the audio drama it takes on new life. 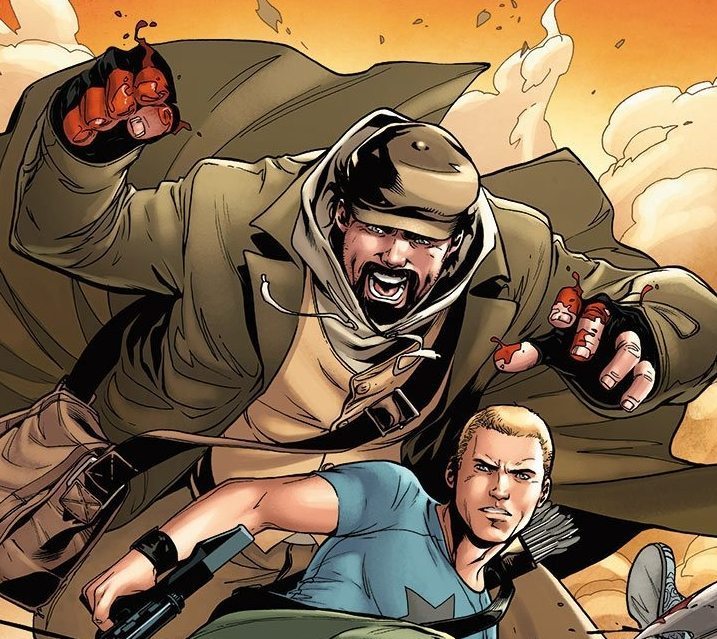 Pete Milan’s Armstrong is great, as well. He delivers a spot-on performance somewhere between eternal drunk and vivacious adventurer. It’s exactly as you would think Armstrong should sound. There isn’t as much to develop with Armstrong as there is with Archer, but it’s Milan’s subtleties here and there that provide necessary characterization to Armstrong. There’s a certain amount of devil-may-care about Milan’s performance that adds the texture sometimes missing from comic dialogue.

LISTEN: Looking for something new to read? Hear us discuss Craig Thompson’s BLANKETS

The greatest strength of ARCHER AND ARMSTRONG: THE AUDIO DRAMA, though, is how it uses background sounds as world-building devices. In the first episode, Archer narrates his trip to New York City, and there is a sort of audio montage that follows him from place to place. The recap afterwards discusses this and is a great way to watch anything you may have missed. Referring to Archer’s narration asides again, there are soundtrack cues to clue you in on when these narrations are happening. It is those little flourishes of detail that enliven the drama and make it a unique experience worth listening to. 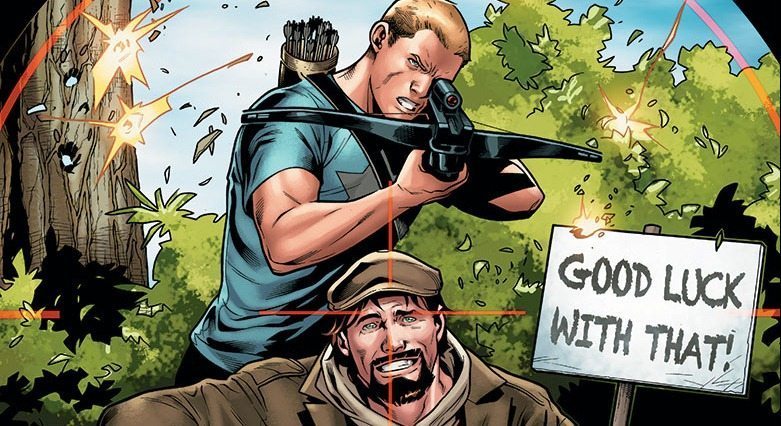 That ties into one minor issue with the drama, and that would be actually listening to it. The audio mixing isn’t actually poor, but it is mixed so intricately that listening to it on laptop speakers does not do it justice due to interference from outside noises and general acoustic issues. However, after I hooked up a pair of headphones (don’t worry, they were $20 from Target; nothing too fancy), the whole thing came together and I could hear those background sounds much more clearly.

READ: Are you an A&A fan? Check out our review of their latest on-going monthly title!

As a fan of the ARCHER AND ARMSTRONG comics, I found the audio drama to be a great way to inform my reading. The best way to view ARCHER AND ARMSTRONG: THE AUDIO DRAMA, though, is as another layer to the story of the titular characters. One isn’t inferior to the other, but when a story is as large as ARCHER AND ARMSTRONG, it almost warrants a multi-media experience. Thankfully, Valiant and Pendant Productions deliver that in spades.

ARCHER AND ARMSTRONG: THE AUDIO DRAMA is available for purchase on Amazon, Audible, and iTunes.