The AQUAMAN trailer will be here soon! With its upcoming debut at this year’s San Diego ComicCon, here are the top 5 things we at ComicsVerse want to see!

1. An AQUAMAN Alone (Before The Throne)

While much of the actual plot remains a mystery, we do know that the majority of the film will be taking place after the events of JUSTICE LEAGUE. This means that the Arthur Curry we’ll be seeing, played by Jason Momoa, is one that is estranged from the kingdom of Atlantis.

We do know that there will be flashbacks, as Nicole Kidman will be playing Queen Atlanta, Arthur’s mother. JUSTICE LEAGUE reveals that at that point, she has already died. This is why the responsibility to defeat Steppenwolf falls to Arthur, as he is the firstborn son of Atlanta and the rightful ruler of Atlantis. 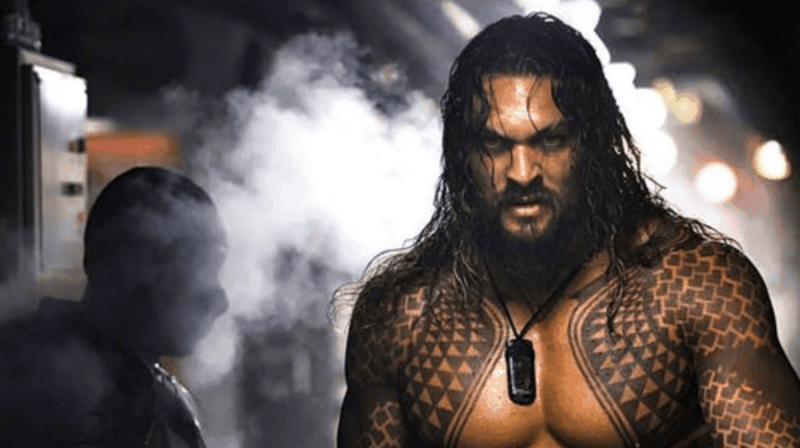 The reason that Arthur is not currently sitting on the throne is due to his human father. Due to his being only half-Atlantean, Atlanta gave Arthur up, leaving him in the surface world with his father. Staying in Atlantis would have been perilous due to Atlantean ridicule. 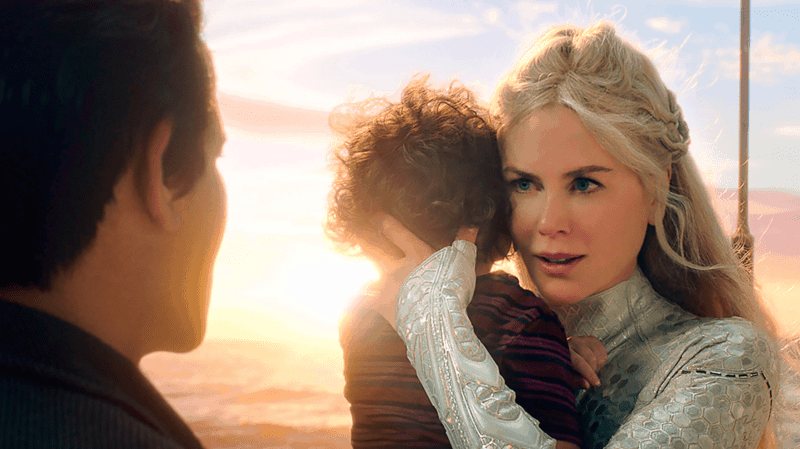 Our introduction to Aquaman in JUSTICE LEAGUE shows that since that time, Arthur has been existing as a sort of outcast, not belonging to either the world above the waves or below. He helps small villages, providing food and supplies, and he drinks. He’s heroic when he feels like it. JUSTICE LEAGUE offers Arthur a greater calling to be even more of a hero. To be a part of something bigger than just himself.

Hopefully, this is what will lead Arthur to reclaim the throne, but we’re also hoping we’ll get to see some shots of some initial heroics as a stoic rogue whose still solo in the AQUAMAN trailer.

JUSTICE LEAGUE also gives us our first look at Amber Heard’s Mera. Mera is an Atlantean warrior and eventual wife to Aquaman in the comics. She also possesses hydrokinesis, the ability to manipulate water. We saw her powers a little bit, creating a bubble of air so that she and Arthur could speak.

However, it has been reported that this won’t be the only way characters will be able to talk while underwater. Apparently, they will just talk. This makes sense, as it would be tedious to need Mera to create bubbles every time there’s dialogue! 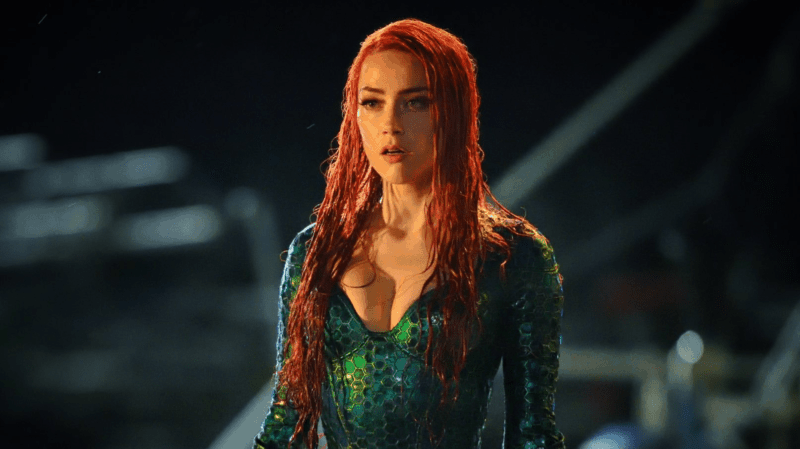 It will be exciting to see more of Mera in action, creating constructs of water, submerging her foes. The AQUAMAN trailer will hopefully provide a glimpse of it. Also, could we see a budding romance between Mera and Arthur? Maybe. There’s certainly a comics precedence for it.

She’ll also probably be the bridge that will allow Arthur to gain the Atlantean people’s trust and backing if he does indeed attempt to take back the throne. And speaking of taking back the throne, let’s talk about whom Arthur would be taking the throne back from.

What We Can Expect From The DCEU’s Future

Another one of the things that we’ll hopefully see in the AQUAMAN trailer is the kingdom of Atlantis itself. Think of the first time we see Wakanda in BLACK PANTHER. Except underwater. AQUAMAN trailer or not, when we do see Atlantis, expect it to be epic and full of grandeur. If the depiction stays true to the comics, Atlantis will be a mixture of ancient structures and advanced technology.

It will also be cool to see what the Atlantean people look like and their culture. A race of beings living underwater is sure to be intriguing. And who rules over Atlantis currently? Orm, The Ocean Master and half-brother of Arthur. Orm, played play Patrick Wilson, is the second born son of Queen Atlanta, and fully Atlantean. In the comics, he is corrupt and ruthless, allegedly being the one who killed Queen Atlanta, placing himself as ruler.

Some rendition of this origin would make for a good plot, where the rightful king comes to conflict with his brother: the corrupt current king. It would make the battle for the throne very personal, and therefore, more entertaining for the audience. 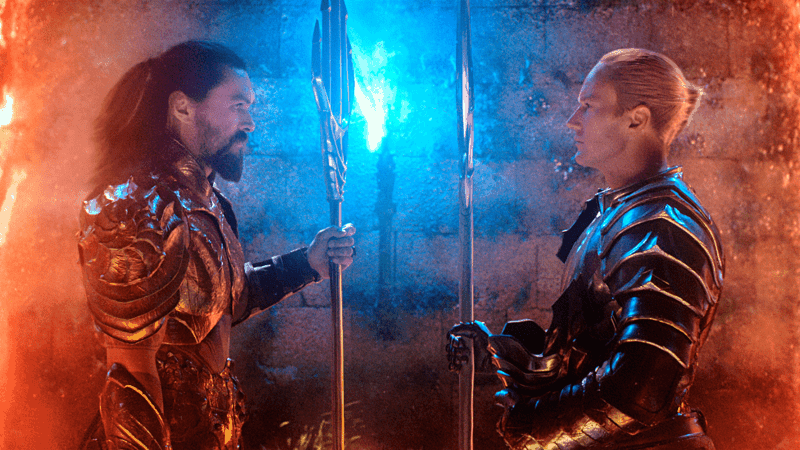 Patrick Wilson seems like an excellent choice to play Orm. He could definitely play a quietly sinister character that publicly portrays benevolence. It would certainly make it hard for Arthur to convince the people of Orm’s tyranny, especially with his own blood being against him in more ways than one. Orm also has similar abilities as Arthur’s and wields a trident as well, so any physical altercations the two of them have are sure to be incredible.

While Orm will serve as the main villain in AQUAMAN, we know that another villain will play a role to some degree: Black Manta, played by Yahya Abdul-Mateen II.

Manta is a classic rival of Aquaman and has often worked alongside Orm the Ocean Master in the comics to accomplish several sinister plans. It would likewise make sense to for them to be working together in the AQUAMAN film. He would most likely be hired by Orm, as Manta rarely does anything without proper compensation.

While he has his own motives for hating Aquaman, he is first and foremost a mercenary with a price. 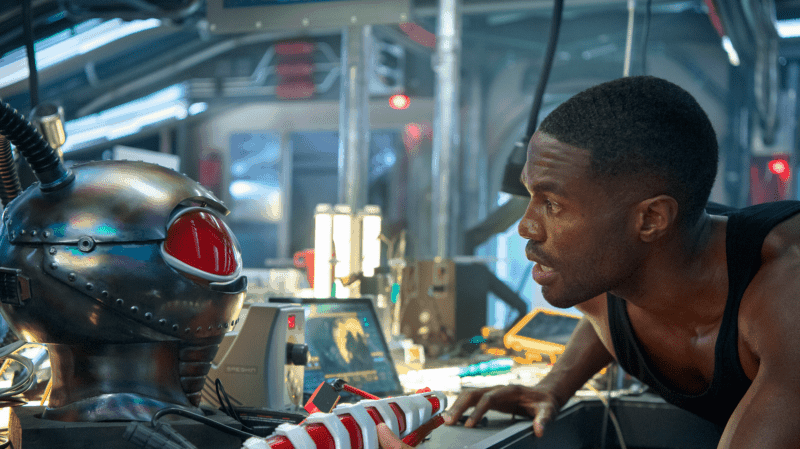 It would be great to see a couple of shots of Manta in the AQUAMAN trailer. Perhaps at the very end, seeing just his classic helmet with the glowing red eyes? That would be a great shot to get fans excited for the upcoming film.

5. Water Wars With Whales (Or Sharks)

While many mock Arthur’s abilities to communicate and influence sea life, it shouldn’t be underestimated. Aquaman can summon a legions of massive whales, giant squid, and creatures from the deep. It’s a power that I personally hope we’ll get to see. I want something along the lines of Aquaman’s debut in JUSTICE LEAGUE #1 of the New 52. Summoning an army of great white sharks to take down his enemies. 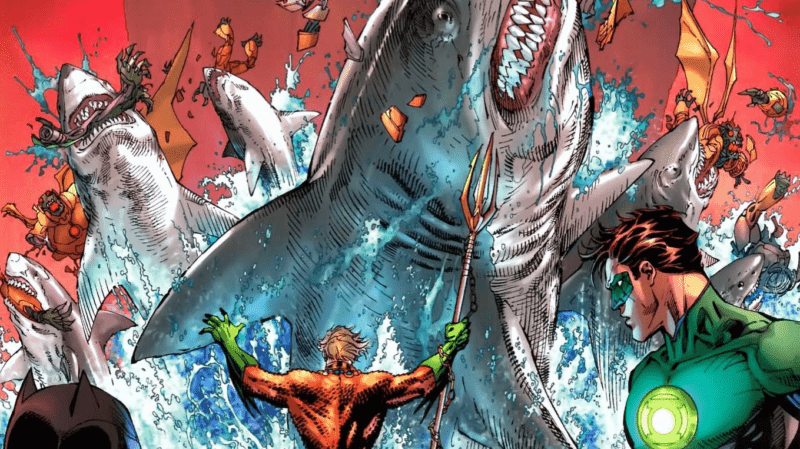 If the majority of the film is going to be underwater, it’s a power that should certainly be used. We didn’t get to see it at all in JUSTICE LEAGUE. It was only referenced by Batman a couple times as a joke. However, I could easily see Arthur’s ability to summon sea life as something to be kept for the actual film.

If the scenes are epic enough, they’ll probably be part of the film’s climax and thus, not part of the trailer. Even so, we’d love a quick shot of Aquaman’s fishy friends joining him in combat.

What We Know So Far About THE BATMAN Film

Final Thoughts On The AQUAMAN Trailer

While we can hardly wait for the AQUAMAN trailer or the film for that matter, we’ll get our first look soon enough when SDCC happens in a few weeks. So far, AQUAMAN looks to be shaping up to be a great film and a real potential turning point for the DCEU overall.

What are your thoughts? What are you hoping to see in the AQUAMAN trailer? Will we see Aquaman summon a  super shark squad or Manta shoot lasers from his helmet? Time will tell but we at ComicsVerse are just too excited!