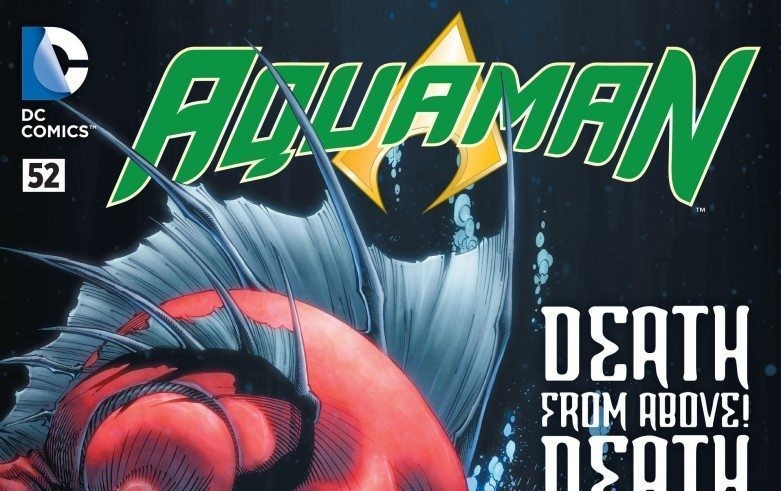 It’s nearly here. Rebirth, DC Comics’ newest relaunch, begins next week with a one-off title setting the new status quo for the DC Universe. This week, though, was all about wrapping up the last titles of the DCYou and New 52 and if their endings are indicative of anything, Rebirth is totally doing away with what was started in 2011. AQUAMAN #52 definitively concludes the Dead Water arc started a few issues ago with Arthur and Mera facing off against Dead Water and the Scavenger to learn how the Dead Water creature was created. It’s non-stop action but ends with narrative strings left loose for other writers to take hold of moving forward. Rebirth may be an effort by DC to reinstate some of its legacy, but they’re definitely still looking forwards, where it is anyone’s guess how the relaunch will be handled.

READ: What can’t the MCU get right about Scarlet Witch?

Arthur’s at his most fully-formed in this book, both in presence and in speech. Dan Abnett and Vicente Cifuentes seem to have a firm grasp on the fine balance of regal stoicism and brutal protector that encapsulates much of Aquaman’s character. He may be the king of Atlantis, but he isn’t entirely removed from the world outside of the throne room. He’s always motivated by his strong loyalty and compassion for others. At the same time, though, he can beat down the best of them but never fully lets himself be consumed by his barbarism. That’s who we see here. Even as he gives knockout blows to The Scavenger, his only motivation for fighting is in honor of Jonah Payne, the man who became Dead Water, and the Atlantean kingdom. In true Shakespearean heroics, he fights for justice above all else and will do whatever he needs to to secure it. That’s where Cifuentes’ art helps out. With the slow, blurred punches, we get a great idea of just how hard Arthur is punching which helps articulate the character points that Abnett is trying to convey in the story. There’s a sort of unhinged fury about it that tells us how much defending the the defenseless means to Arthur. Once again more great work by Cifuentes who does a superb job bringing some vibrancy to a story that largely dwells on the darker end of things. 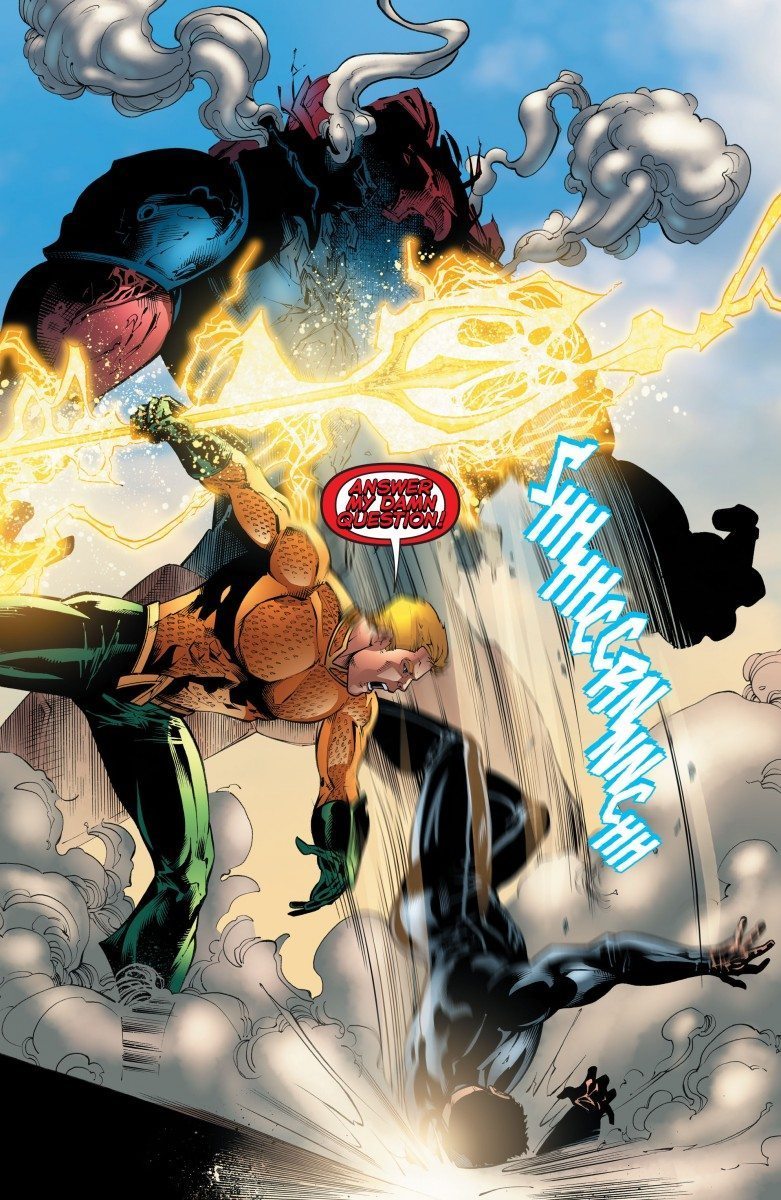 Obviously with so much action, there is not a great deal of narrative plot going on. Not that there needs to be, though. All that really needs concluding in this issue is Arthur’s emotional arc which is handled well by the action as the high-stakes and passion drive it home. Abnett ops out of a slow-burning character study of a finish instead keeping the action high and the emotional explosion higher. By contrast, the ending is very quiet and ominous providing a lot of material for the Rebirth relaunch to work with while also being suitable closure for this particular story. None of it is confusing, though; the pacing is tight, but well-edited to tell the proper conclusion for this arc.

WATCH: Deadpool co-creator Fabian Nicieza talk with us about his favorite qualities of the Merc with a Mouth and the character’s evolution and popularity

AQUAMAN #52 is a satisfying conclusion to the Aquaman that Geoff Johns started in 2011 with the New 52. He is all at once proud and fiercely loyal to those equal and below him. By the end, though, you don’t feel like this Arthur Curry is going anywhere. Somehow, someway, he will be incorporated into the fold of DC’s Rebirth reboot because while this arc may be over, the story of this Aquaman certainly is not.