Black Manta has destroyed Aquaman’s dream of uniting the surface world and Atlantis. Now, locked in a battle that they both know neither can win, they continue to fight, one for the safety of his people, and the other for vengeance. Elsewhere, Atlantians and surface dwellers alike try to escape from the carnage that Black Manta’s terrorist attack on the Atlantian embassy has caused.

READ: Want to catch up on Aquaman? Check out our review of AQUAMAN #1!

The reboot of the AQUAMAN title since rebirth has really done a phenomenal job establishing a foundation for who the character is. The story opens with the day that both Black Manta and Aquaman lost their fathers. It is revealed that Aquaman killed Manta’s father in a blood rage while trying to get vengeance for the death of his own father. This event becomes a focal point for who he is. He lives with the guilt of this singular mistake everyday and uses it to better himself. He knows the value of taking a life and that’s what separates him from Manta. Black Manta has murdered many, but never has let the desire for vengeance go. It takes him from being a simple villain to someone with a very sympathetic backstory that creates a shade of grey between who the hero and villain is in AQUAMAN #2. It is fantastic work by Dan Abnett and is really an example of a reboot quickly establishing who characters are and doing it well. 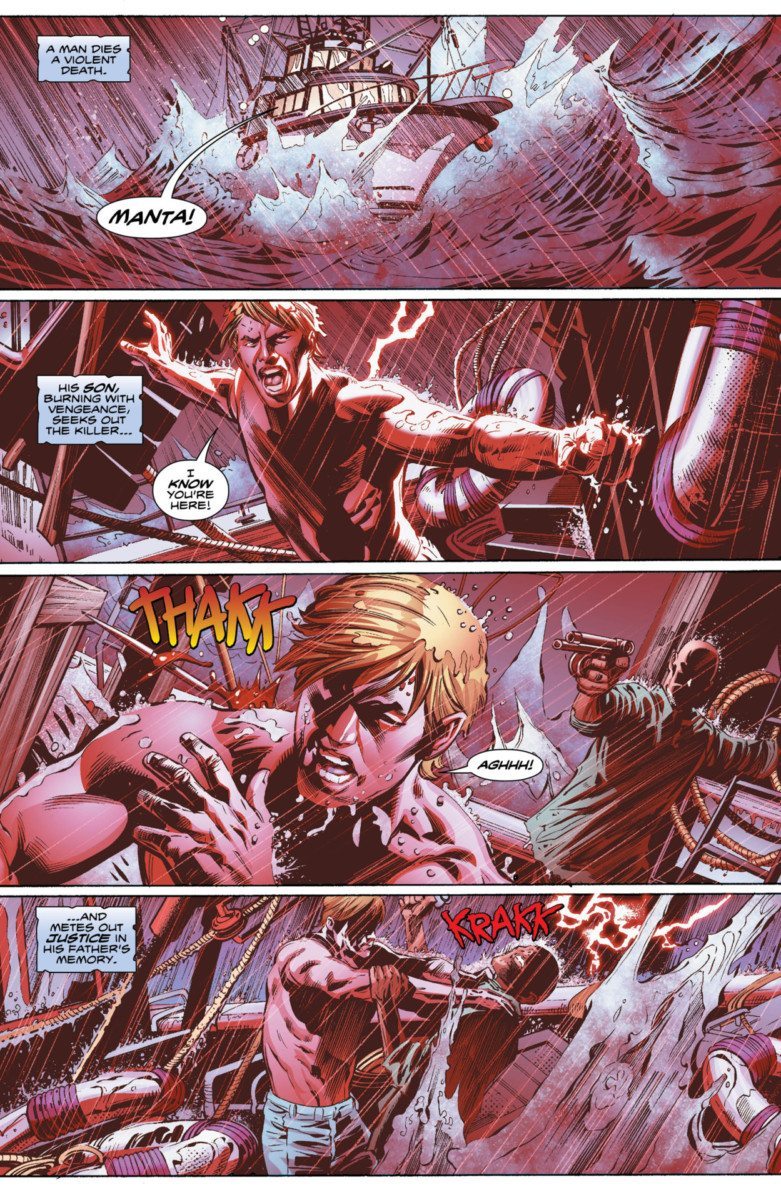 The other story line in AQUAMAN #2 is the Atlantis embassy being destroyed and both land dwellers and Atlatians being forced to work together to escape and survive. There is a clear distrust from both sides because of the history between the two. The only reason this tentative alliance is happening is because of Aquaman. The alliance is fragile and it doesn’t take much for Manta to send the entire place into chaos. Underneath the story of survival is the undertone of not trusting those you don’t truly understand. The distrust between the two is based on preconceived notions and not any actual action by those in the embassy. This isn’t a new idea for the Aquaman mythos, but it is as relevant today as it has ever been with Donald Trump’s anti-muslin rhetoric and the United Kingdom voting itself out of the European Union based on the promise of less immigration. We live in a world where people still fear those different than them. Hopefully, the story dives deeper into these issues as the series goes on. The premise is perfect for connecting the DC Universe to real world issues without having to force real world events into the story.

Scot Eaton’s artwork easily lives up to the quality of the writing. The story is packed with action, but the panels and page layouts are extremely readable. The entire story seems to fly by at a breathtaking pace. There is never a moment that seems dull and that is because of how well the art presents the fight between Aquaman and Manta, as well as the few scenes of people escaping. The entire story has a frenetic sense of movement and power with each panel either filled with explosions or moving water. It is also worth noting that the color work is exceptional just because of how bright it is. DC Comics has become known for dark comics in the last few years. By simply brightening the world, AQUAMAN #2 again stands out from the previous incarnation of Aquaman. 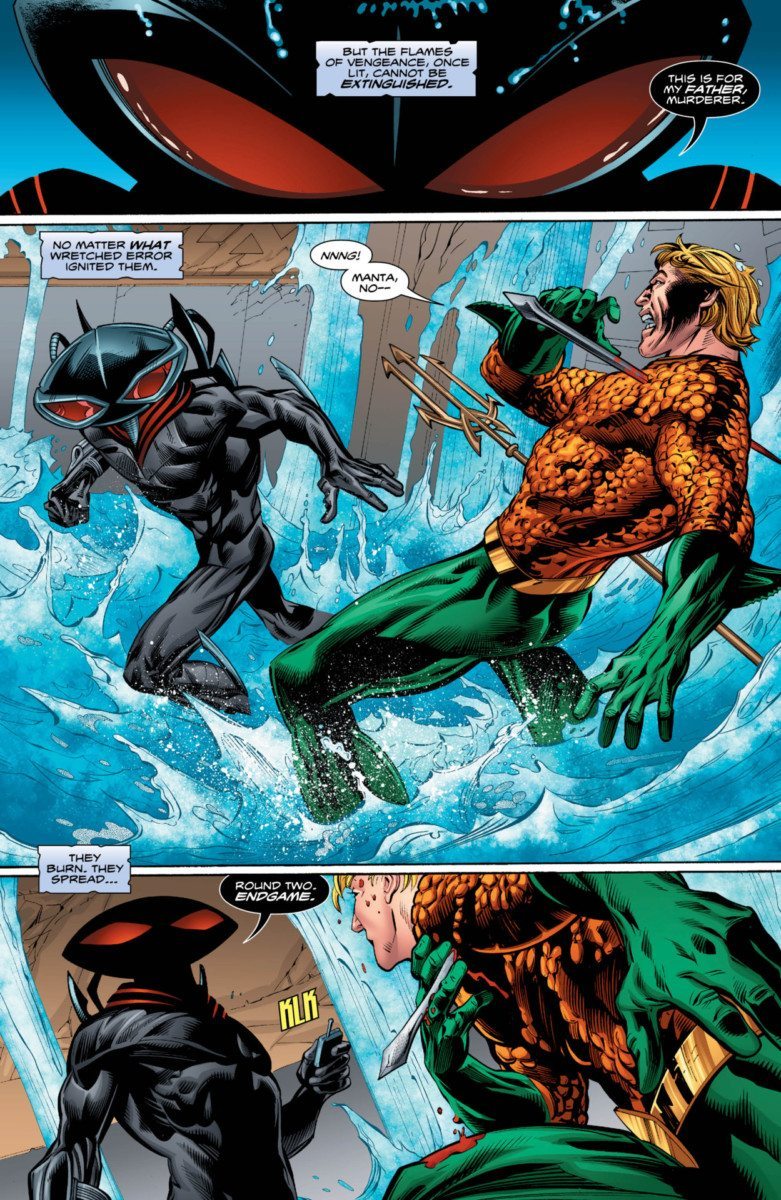 This comic is a great example of how to reboot a comic book series. Anyone can jump into AQUAMAN #1 and #2 and know exactly who these characters are and what their motivations are. The deeper story of the uneasy trust between two worlds, along with the great art, really makes AQUAMAN one of the best titles to come out of DC Comics’ rebirth.