ComicsVerse is proud to present an exclusive preview of AQUAMAN #18! AQUAMAN fans, you won’t find this preview anywhere else until next week!

At the end of the Atlantean King’s last story arc, he found redemption in the eyes of the surface dwellers. After a long and brutal battle with Black Manta, the corrupt organization N.E.M.O. was torn down, and Manta defeated. Now that the war between land and sea is finally over, Aquaman finally gained the status of a true hero in the eyes of the people, but his victory was short-lived. 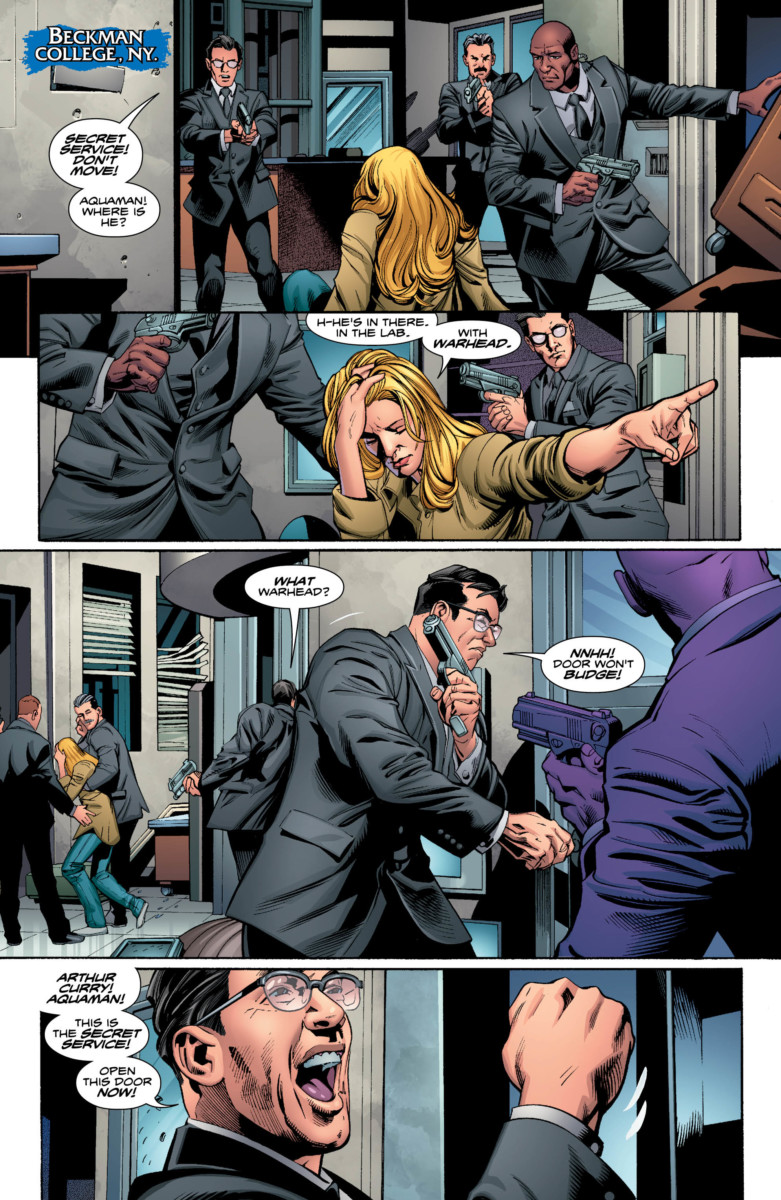 Last issue, in AQUAMAN #17, the hero’s speech to the U.N. was interrupted by a mysterious vision of a wounded soldier in battle. Aquaman shook it off, but soon found himself plagued by this vision everywhere he went. Realities began to collide as visions of a war-torn battlefield took over. At the center of these visions was a mysterious man-machine hybrid, who appeared to be projecting these images to Aquaman telepathically. Determined to get to the bottom of this, Aquaman tracked the robot down to a college campus, where he ran into scientists being telepathically controlled to take out Aquaman. Through one of these scientists, Aquaman learned the identity of the robot – Warhead, a humanoid soldier designed to control people on the battlefield. In the issue’s final moments, Aquaman came face to face with Warhead and was sent directly into one of the robot’s most brutal memories – a war zone in Kahndaq. 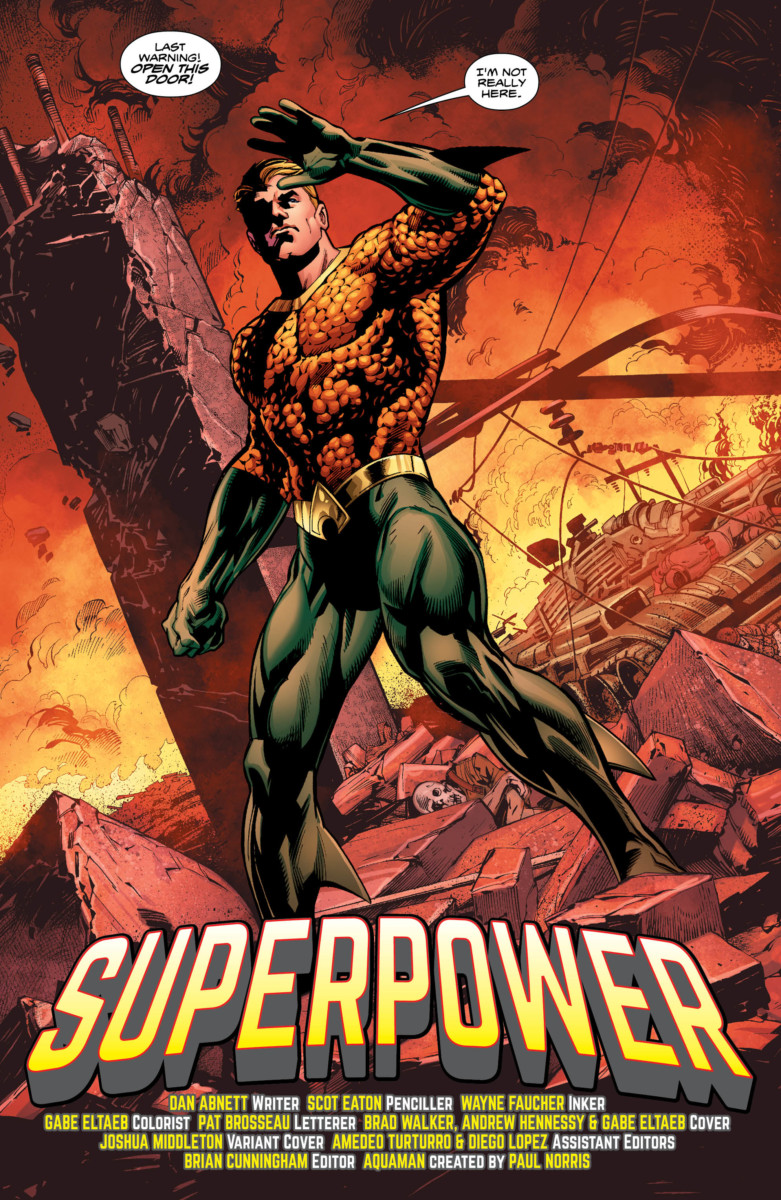 AQUAMAN #18 promises to continue the tension, with an action-packed journey through Warhead’s memories in “Superpower” written by Dan Abnett and illustrated by Scot Eaton. In Abnett’s suspense-filled narrative, the stage is set for a revelation of Warhead’s origins. In these exclusive preview pages, we witness Aquaman fully immersed in Warhead’s mind. It looks like we’re going to be in store for an exploration of Aquaman’s telepathic abilities unlike any we’ve seen before. 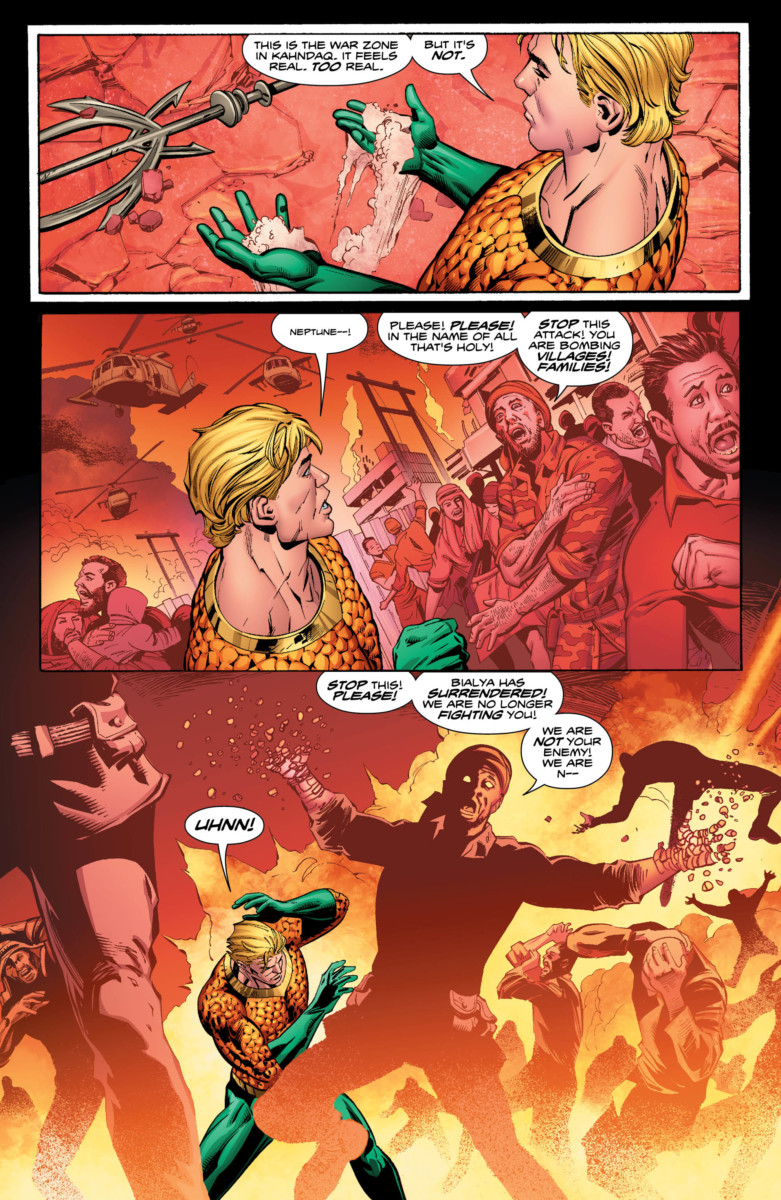 Through Warhead’s projections, the Atlantean King is going from hallucinations to full-blown world immersion. With Eaton’s lush and detailed illustrations, we see a vision of a war-torn world, reflective of Warhead’s mind. The nature of these visions is haunting and confusing, but Aquaman looks to be determined to get to the bottom of the mystery. 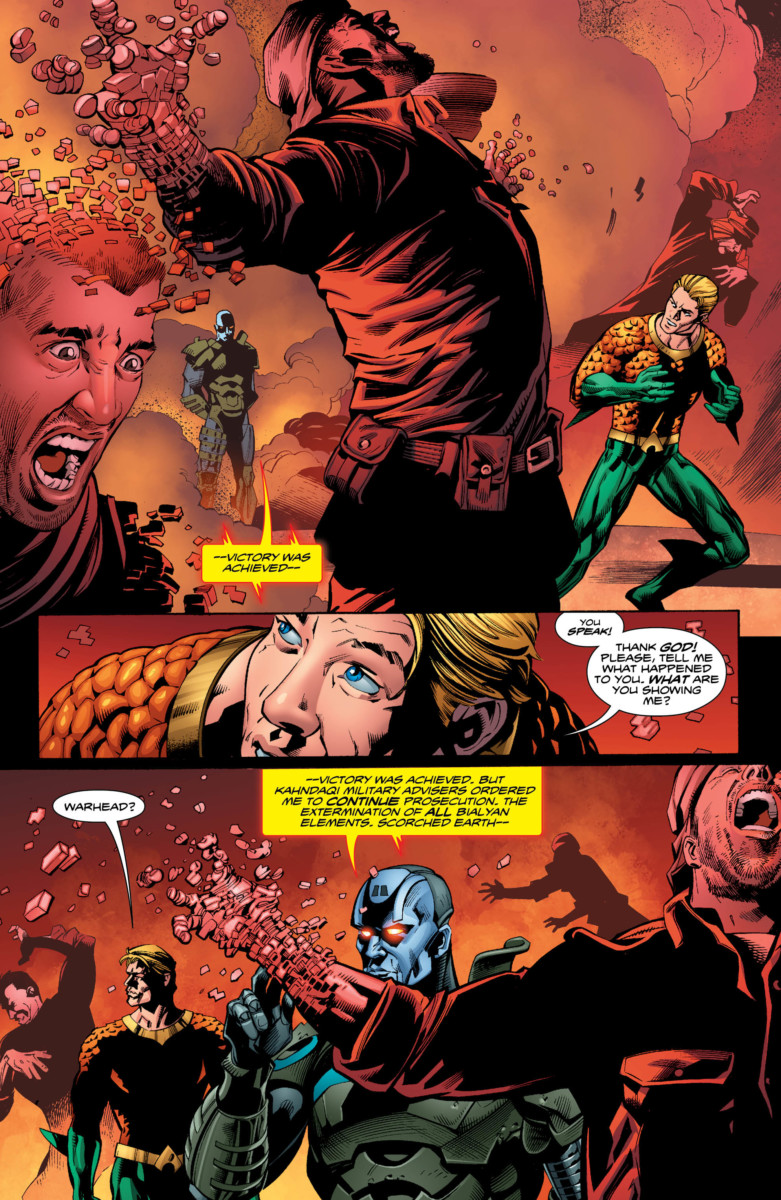 As Warhead guides Aquaman through the vision, the sea king learns a horrifying truth: Warhead was ordered to execute the opposing Bialyan soldiers, even after they surrendered. Warhead resisted his programming, and Aquaman demands to know what happened as a result. Will he get the answers he seeks? 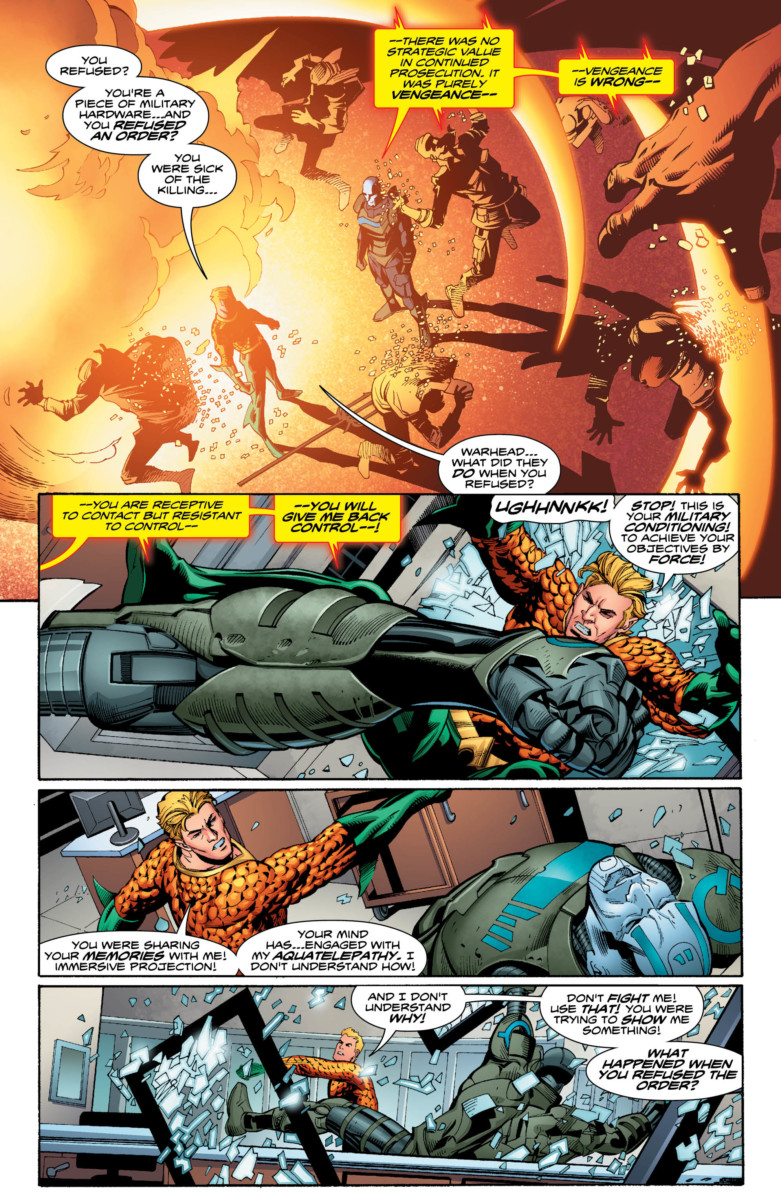 The preview ends just shy of giving us answers. Will Aquaman discover what happened to Warhead? Will he learn why Warhead sought him out? And ultimately, will Warhead turn out to be an unlikely ally or a deadly new foe? Find out when AQUAMAN #18 hits the stands on February 28th! With the creative team of Abnett and Eaton, plus inks by Wayne Faucher and colors by Gabe Eltaeb, this issue promises to take the King of Atlantis into exciting new territory!