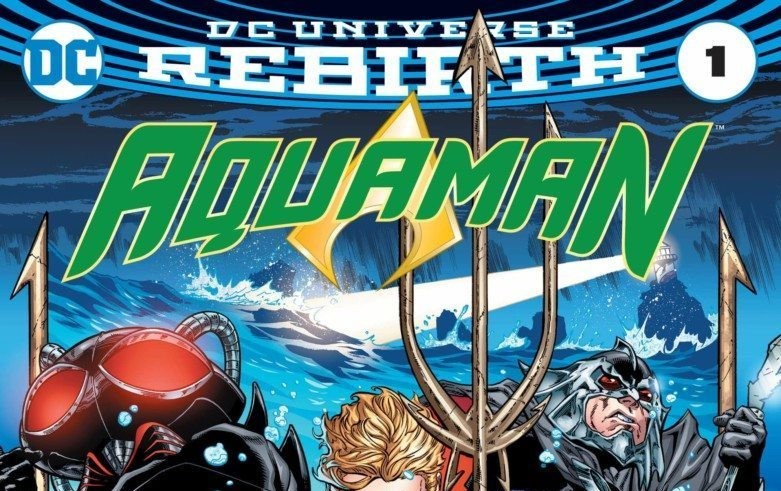 Looking at the covers alone, it is clear what DC’s is trying to do with Rebirth: celebrate the spirit of the 1980s comic book nostalgia while putting enough new elements in to keep moving forward. It may not be innovative, but as far as safe bets go, it seems to be working remarkably well for DC.

AQUAMAN is particularly benefitting from this synthesis of old and new. What we get from AQUAMAN #1 is the bright, candy-colored optimism inherent in the Aquaman universe juxtaposed with a streak of darkness and danger. This combination grounds the issue in a way that doesn’t make the story more any more plausible but gives the absurdity of an orange-scale-clad sea king a needed narrative anchor.

READ: It all began last issue with AQUAMAN REBIRTH #1. Catch our review here!

Writer Dan Abnett seems to have a firm hold on the character even if the actual plot of this issue seems to be a bit of a retread of the end of the New 52. Arthur and Mera are welcoming land-dwellers to Spindrift Station to begin the process of rebuilding Atlantis’s relationship with the surface world, but things quickly go awry. It’s familiar but not unbearably so, because it charts a new direction for future issues. Where the last Spindrift plot was driving towards a conclusive ending to the New 52, Rebirth’s is the beginning of a new direction for the King of the Sea. 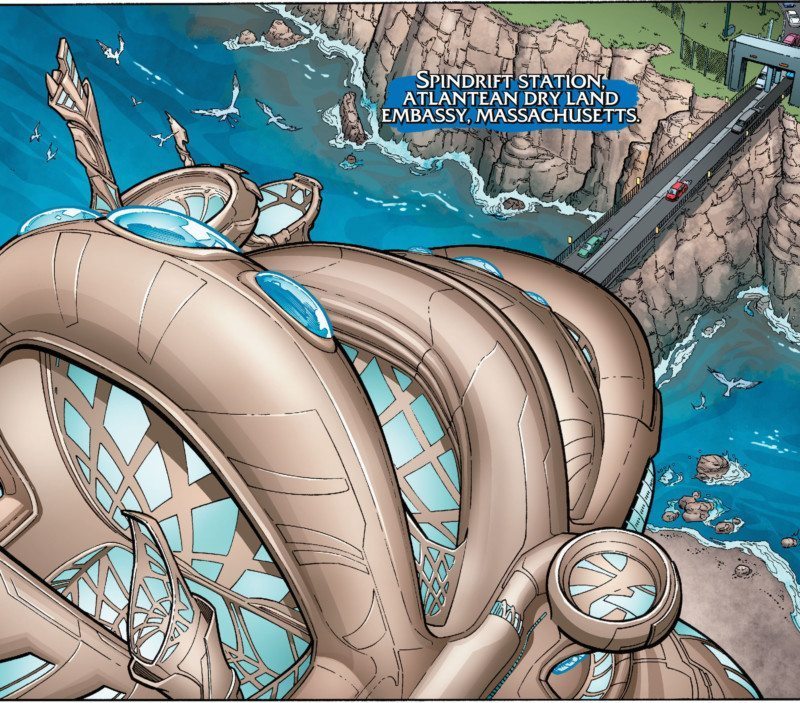 And what of this new direction? Well, like much of Rebirth, it’s pulling elements of classic DC mythology and applying them liberally over the foundation of the New 52. It feels a lot like the direction that WONDER WOMAN is taking, while still maintaining its own vibe. And, like WONDER WOMAN, the art is top-notch. Brad Walker’s light pencil work gives the overall book the weightless buoyancy you would expect from AQUAMAN, and it’s matched by brilliant coloring by Gabe Eltaeb. It’s light and bright and has a certain ease about it that is refreshing after the seriousness that has been characteristic of AQUAMAN as of late. The team is not wasting their time trying to convince you Aquaman’s a credible superhero like Geoff Johns did with his New 52 Aquaman. Instead, they immerse you in his world on their terms, and it feels like a breath of fresh air.

READ: Did you know Aquaman was a founding member of the Justice League? Read our list of the essential Justice League books and see what he’s up to when he’s not ruling Atlantis!

Still, this first issue isn’t perfect, perhaps getting dragged down by over-exposition. Personally, I think it works as a #1. We don’t need to be blasted out of the gate in order to have a vested interest in this world. In this case, it’s nice to see a book that starts quietly before gradually climbing into explosive territory. It feels well-paced and, depending on the quality of the rest of the issues in this arc, AQUAMAN #1 is an effective beginning. For my taste, this issue was just expository enough without being a slog. 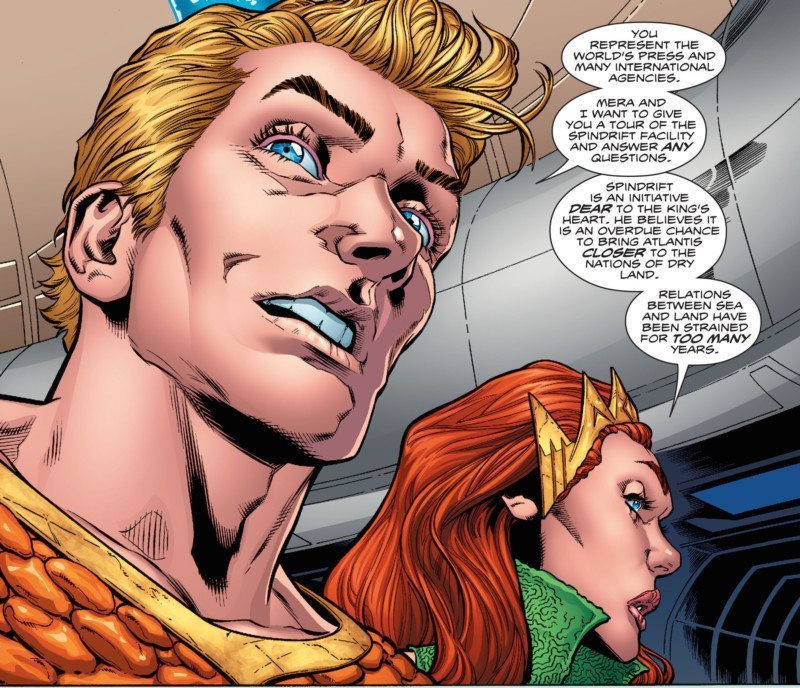 Much of the success of AQUAMAN #1 relies on its ability to distill the best qualities of the character and apply them to the fresh direction of the New 52. It feels familiar at times but not tired, and even at its most derivative, AQUAMAN #1 promises for another fantastic run for Arthur Curry.