Warning:  Before starting this review take note that there will be many reviews alluding to height, size and other tiny gags too.  Turning spotting these jokes into a drinking game may involve heavy damage to your liver.

This review may also include spoilers

When talking about the latest super hero release from Marvel studios in the form of ANT-MAN, you inevitably have to talk a little about the films history.  This film has been cooking away far longer than before Robert Downey Jr. donned armour in the first Marvel studios offering in IRON MAN way back in 2008.  It was initially the brain child of British director Edgar Wright of SHAUN OF THE DEAD / SCOTT PILGRIM fame, and he worked on it for a large portion of its production.

Then, Marvel Studios began to be a thing and their dominance at the box office became something of a trend.  They also became a studio that didn’t mess around with actors or directors and would be willing to replace either at the drop of a hat.  The studio had a plan and that plan made money.

So they wanted to tinker with something that Edgar Wright had largely been able to call his own, and that led to the director and the studio parting ways.  A lot of fans were concerned what the results would be and if Marvel could turn one of their smaller named characters into yet another success.

Well the short answer, in my view is very much yes.  Although he isn’t in the director’s chair, the influence Edgar Wright has on the film is still very much apparent and although opinions may vary it works with the Marvel studios formula very well.  The film feels very much a part of the large cinematic universe Marvel has set up but still maintains its own identity and set itself apart from any of the offerings the studio has offered over the last 7 years. 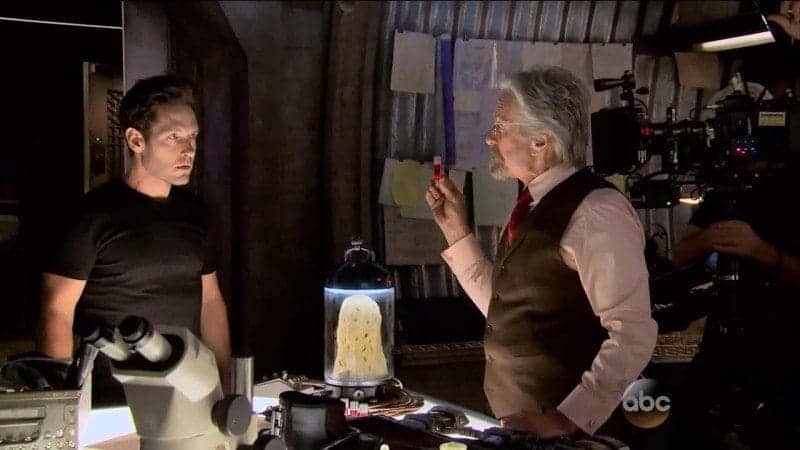 The movie follows failed burglar (not robber) Scott Lang (playing by Paul Rudd) and his efforts to get his life together after being let out of prison.  After finding out that society doesn’t have much time for ex-cons, Scott plans to steal from the vault of a home of a mysterious multi-millionaire so he can get enough money together to begin rebuilding his life and see his daughter, Cassie.

Paired with a group of somewhat ineffectual but often hilarious group of thieves, Scott successfully raids the vault to find a funky looking suit that he eventually learns belongs to scientist Hank Pym (played by Michael Douglas).  It turns out that Hank was a hero that worked as ‘the Ant-Man’ for S.H.I.E.L.D back in the day, and that he used his revolutionary ‘Pym Particles’ to shrink down and become the best stealth operative on the planet. 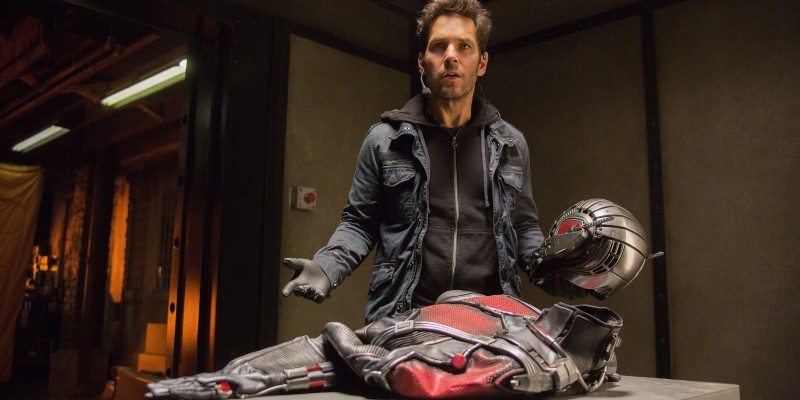 Adding Ant-Man as a hero of the past works really well in this universe and takes advantage of the fact that Marvel has seen several people operate under the name.  It not only creates the first Marvel hero legacy (perhaps setting up for more) but allows to cast a great, veteran ‘name’ actor in the role of Pym which Michael Douglas more than fits the bill for.

Essentially, Pym tasks Scott for stealing from his own company which has been turned its goals towards military, evil, Hydra world domination type goals under the leader of Darren Cross alias Yellow Jacket (played by Corey Stoll) with the help of Hope Van Dyne (played by Evangeline Lilly).  What results is a very fun almost quirky movie that is a bit of a return to the roots of Marvel studios.

What I mean by that is one by one, the Marvel studios films have been raising the stakes.  The initial films from IRON MAN until CAPTAIN AMERICA: THE FIRST AVENGER had a very simplistic format; hero gets made into hero and stops villain from conducting his threatening but not world shattering evilness.

After THE AVENGERS, most films have had large scale, world threatening problems but Ant-Man presents more of a personal threat that could have major repercussions if the hero doesn’t save the day.  ANT-MAN, however, creates a smaller-scale film and I don’t think there is anything wrong with that.  When I pick up and read a superhero solo title each month, I don’t want to read about them saving the world all the time.  I want to see Daredevil protecting Hell’s Kitchen, Batman saving Gotham or in this case, Scott Lang protecting his family.  Save the end-of-the-world stuff to the Avengers or the Justice League and let’s have these films really focus on what makes their characters charming in their own respects.

This is what, ultimately, ANT-MAN delivers in spades.  It makes a hero whose primary powers include shrinking and talking to ants seem cool and makes him an integral part of a world filled with gods, super soldiers and giant green rage monsters.  Not only do we get the great superhero adventure we’ve come to expect from Marvel but we get a lot of quirky flavor you would expect from a movie about a hero that happens to shrink. 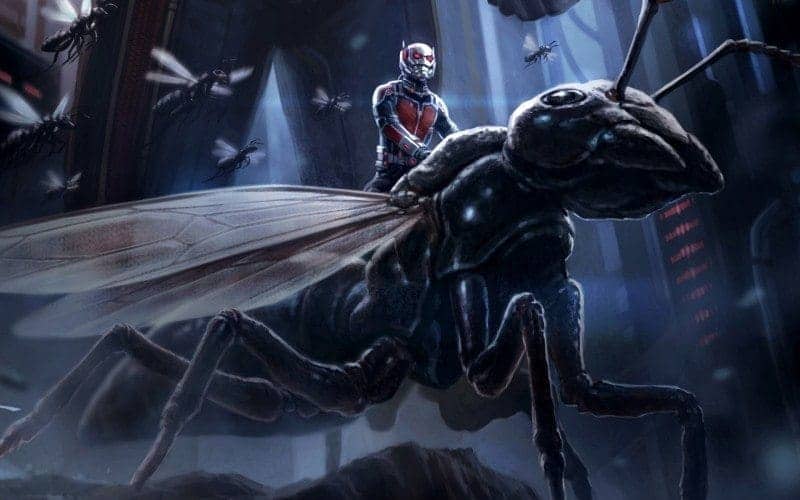 There’s a ton of great humour in the film but unlike other Marvel films, these laughs clearly comes from the mind of Edgar Wright.  Having Ant-Man run into a door repeatedly as part of his training and having one of the aforementioned thieves relay their source of intel in the funniest way possible just screams Edgar Wright’s blend of humour.  How it differs from the funny moments we’ve seen in other Marvel movies is hard to describe but I think it’s a notable difference that sets Ant-Man aside apart from making it just another hero in an ever growing universe.  There’s not every film where I can joke with my wife about an unlikely turn with a keychain that turns out to be correct and delivered with better skill than most ‘comedy’ films could dare dream of.

Everyone in the cast shines in the movie from Paul Rudd’s likable protagonist to the moments of doubt we see flash across Corey Stoll’s face before he decides to be an evil git afterall.  Predictably, in my view the best performance is given by Michael Douglas who show’s he still has what it takes.  I’ve always been a huge fan of Michael Douglas and after a few health scares, it’s great to see him return to the screen in a role that almost seems tailor made for him.

Even without Wright being involved with the final product (even though his name is all over the credits), you can tell there is a lot of care for the source material.  The film uses Ant-Man’s long history to not only make him a legacy hero but turn one of his identities into the villain but also uses Hank’s daughter from the MC2 Universe and sets her up to become the Wasp in a future movie, perhaps as soon as next year.

ANT-MAN may be small in stature but is big in heart, humour and the typical Marvel flair that we’ve come to expect.  I suppose some people out there will be lamenting the film we may have had if Edgar Wright had seen it through from beginning to end but I came out very satisfied with what I got and I suppose in the end, that’s all that matters.

I think we’ve got another winner from Marvel and I can’t wait to see them back next year with Ant-Man in tow.  If you haven’t seen it, please do so and prepare yourself for a lot of fun and a reminder that size doesn’t always matter.