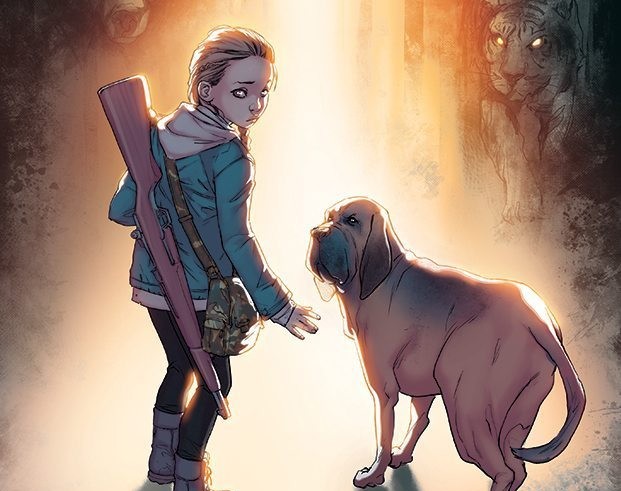 In ANIMOSITY #1, all of the animals suddenly “wake” up, but it’s not the kind of heartwarming, Disney tale you’re expecting. Every animal in the world (all 20 quintillion of them) is not only granted speech and autonomy but also an awareness of the ways humans have wronged them: the cows beg for mercy, the rats devour the exterminator, the deer attack the cars. This awakening is more like an apocalypse, and the protagonists, a little girl named Jesse and her dog Sandor, are caught in the middle of it. When the animals start attacking humans, Jesse and Sandor set out on their own in order to survive.

READ: Speaking of animals taking over the world. Read our article on Pokemon Go and mental health!

The use of animals as a way to defamiliarize the familiar is a common practice in literature. Jonathan Swift did it in Gulliver’s Travels with the Houyhnhnms, a race of intelligent horses that make human beings look so ridiculous the title character is unable to fully reenter human society.  Franz Kafka did it in several of his stories, and so did Leo Tolstoy. The point of this device is to make the familiar strange again so that we can look at it and think about it in a new way. Sometimes it forces us to appreciate the world we take for granted, but a lot of the time it points out certain problematic aspects of our society. So, what kind of problems does the animal awakening and their subsequent animosity toward us reveal about our society?

READ: Our interview with the editor-in-chief of Aftershock.

Bennett diagnoses the problem early on during the opening dialogue between the exterminator and the veterinarian. The exterminator points out the irony of a veterinarian calling an exterminator and suggests that the reason the vet saves the mice but kills the rats is because “morality has aesthetic standards.” The veterinarian is quick to correct the exterminator and explain that it’s not about aesthetics, but rather it’s about whether or not the animal is domesticated. I think ANIMOSITY is suggesting that our morals incorporate both these standards. We find beauty and value only in the animals we can possess, control, and exploit. If we cannot force the animal in a cage or make it do tricks for our viewing pleasure, and if it threatens our hold on this world, then it has no value. A tiger in captivity is beautiful, but a tiger in the jungle is dangerous. 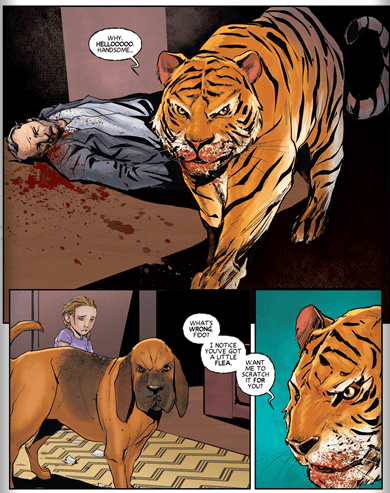 An animal awakening forces the reader to consider the acts of animal cruelty we commit every day without a second thought. Bennett highlights this point nicely when she inserts Genesis 1:29-31, which explicitly states man, beast, and bird can eat the plants of the earth but does not state that man can turn around and eat the beasts and birds too. Genesis states that man will “rule over the fish in the sea and the birds in the sky, over the livestock and all the wild animals, and over all the creatures that move along the ground,” but a ruler’s job is to protect the people. Rulers who fail to protect their subjects often end up with a rebellion on their hands.

Ultimately, the animals are pointing out the animalistic side of humanity that goes unnoticed or ignored. In one panel, a cat threatens its owner’s abusive boyfriend, and in another a lizard tells its owner his boyfriend is cheating on him. Our pets witness all of the things we hide from the world. They know the way we treat them, and they see the way we treat each other. If our pets suddenly start judging us, it is definitely going to make us rethink certain behavior. I mean, if an animal thinks you’re the one acting like an animal, then there’s a problem. 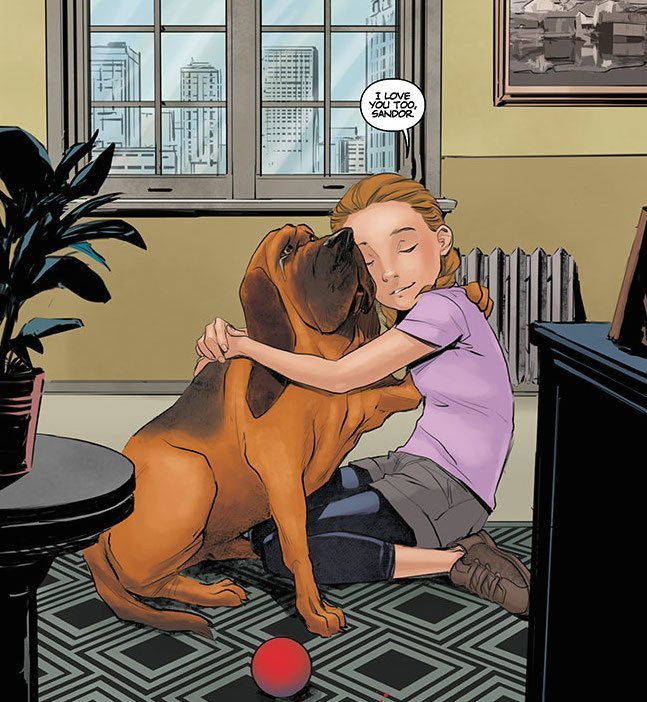 Even though ANIMOSITY is about the animals’ awakening, it is, in actuality, a wake up call for humanity. Their anger is the result of a lot of mistreatment, and it’s important to stop and consider the ways we abuse our power. There are a lot of places Bennett and de Lattore can go with this comic, but as of right now it seems as though the humans have a lot to answer for.