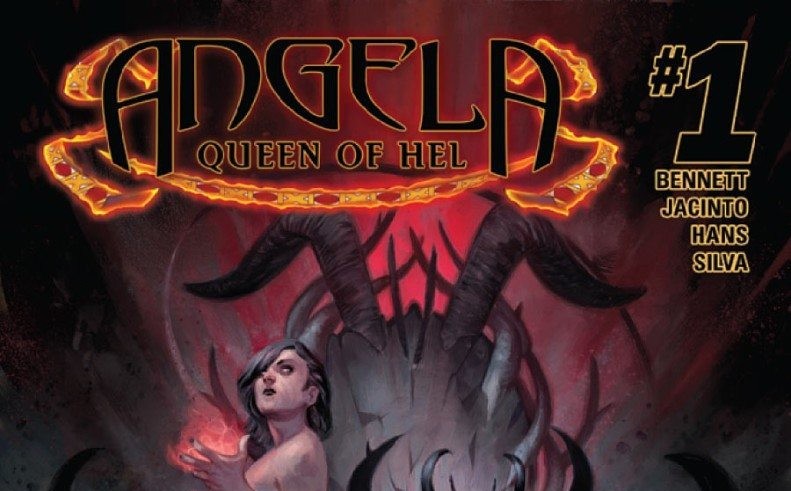 Angela delves into Hel to save the love of her life. But will memories of the past confound her quest?

Angela, Asgard’s Assassin, has come a long way since her debut in ‘AGE OF ULTRON’ back in 2013. She has been a member of the Guardians of the Galaxy, an angel of Heven, a Witch Hunter, a long lost daughter of Asgard and now sits on a different throne: Queen of Hel. Ready to dispatch her predecessor, Hela with a swift sword to her neck.

But how did she get to this position? What sparked the journey that lead to this place? As in most good tales, that spark is Love.

READ: Thor and Captain America share a kiss? Love is all around as Tom looks at what it can mean

In previous titles, Marguerite Bennett has had Kieron Gillen as co-writer. On ‘ASGARD’S ASSASSIN’, she wrote the substories to the main plot, while on ‘1602 WITCH HUNTER ANGELA’, she wrote the main story with Gillen on the subplots. Here it’s 100% pure Bennett as she tells a tale of a hero fighting through the many layers of Hel to find Sera, her dead love. Bennett quickly gets through the set up, what Hel is, and what Angela is doing there. This is done with plenty of action and wit. The dialogue here feels very modern compared to previous outings, but when you realise that Sera is the story teller, it makes sense. Angela was always the fighter, quick to punch, slow to talk, so Sera, “The Funny One…Pretty One…Magical One” as she says so herself, steps up to tell us of the present…and the past. 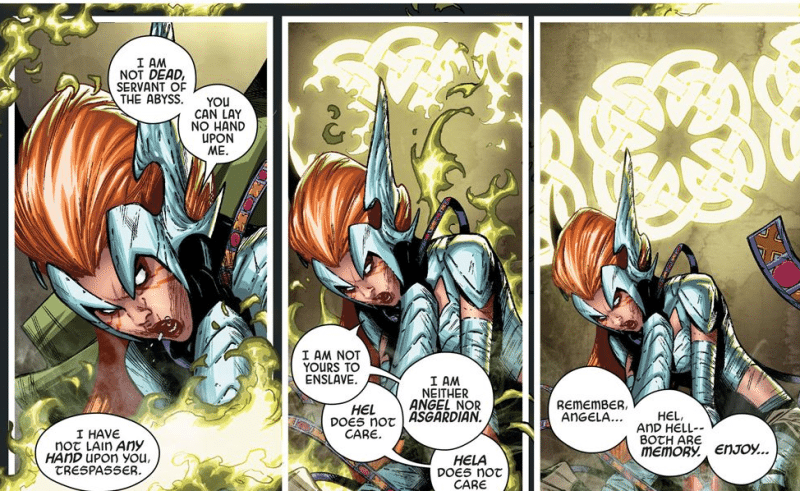 Like ‘A-FORCE’, this comic is full of strong smart females, who deal with things quickly and decisively, and along the way fall in love. I like that this book has a gay couple at its centre, but it doesn’t feel like it’s for shock value or pandering. It’s simply a (violent) love story. Bennett clearly had a ball creating this and the writing feels energetic, ready to pick you up and run with it.

READ: Catch up with the final installment of Marguerite Bennetts A-FORCE here!

Joining in the race are the artists, Kim Jacinto, and Stephanie Hans. Jacinto draws the main story while Hans takes care of the flashbacks. Strangely enough, this issue deals mostly with flashback, so Hans takes centre stage for most of the issue. Jacinto does a great job of creating vibrant poses and action shots to keep us on our toes. Her splash page of Angela as Queen, standing by her throne, flaming blade in hand is a visual high light of the book. Israel Silva adds to Jacinto’s inks in a Hel of muted warmth. 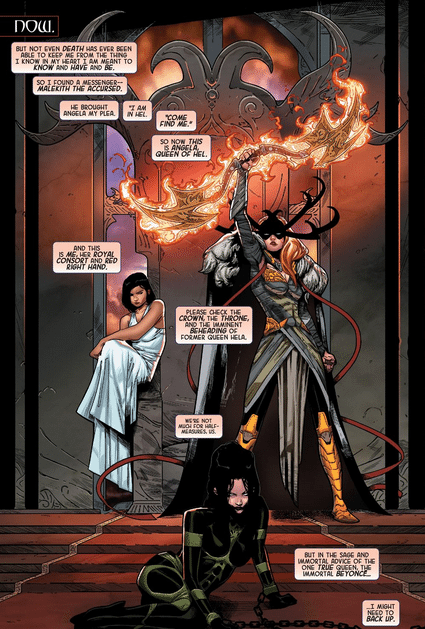 Hans’ style is very different, with each panel a small piece of painted art. It does not detract or jar with Jacinto’s style, mainly because the storytelling device of a flashback allows for the art to change. Hans creates a world of memory and color, with fewer lines where color ebbs and flows, creating splashs of mood and character. Her Hierophant design is beautiful and scary in equal measure. Her action scenes are slightly muddled and it can be a bit unclear about what is going on, but the underlying emotion behind it shines from every page. 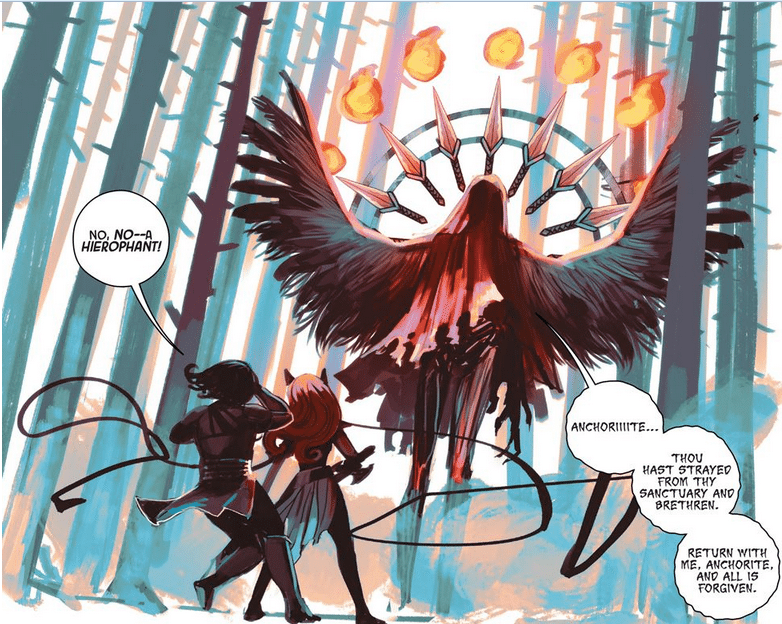 ANGELA: QUEEN OF HEL #1 is a strong debut in the All New All Different Marvel line up. The Asgardian writers, Aaron, Ewing, and Gillen can embrace Bennett with open arms, as she spins another legend the gods can be proud of!

Agree or disagree with my review? Let me know what you think in the comments section below or on Twitter @Comicsverse.

READ: Keep up to date on all our All-New All-Different Marvel News