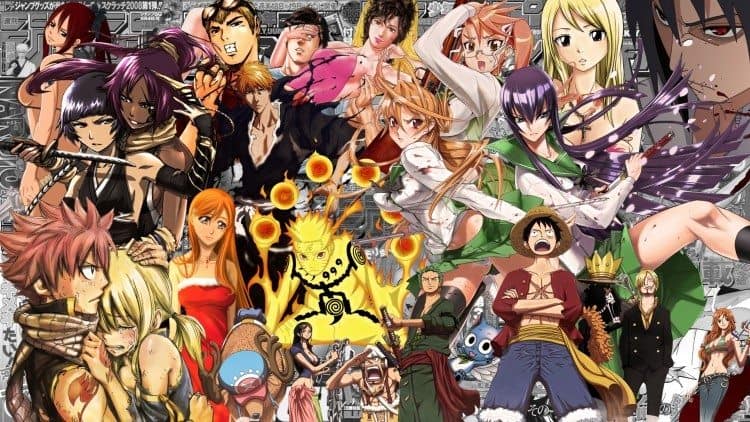 Most of the people coming to this site have years and years of experience reading Western comics, but there is a huge world of comics outside of America. One of the most popular comic markets in the whole world is actually Japan, and we want to start introducing some of the better quality Japanese comics(aka manga) onto the site. Before doing that, however, it is very important to talk about briefly some of the differences between manga and American comics, and explain some things about the industry itself.

Most people are actually more familiar with manga than they know. Anyone who grew up in the States in the late ’90s and 2000s has probably stumbled upon an anime or two in their lifetime. Whether you had watched them on early Saturday mornings or rushed back home from school to watch them on Toonami, the more famous ones like Dragon Ball Z, Yu-Gi-Oh, or Naruto that were so popular that they had become part of mainstream culture and were household names to kids across America were all actually based on a manga. As anime has become increasingly popular in the US over the yea, Japanese comics, or manga, have also become increasingly relevant to western audiences, which could be attributed to many different factors. 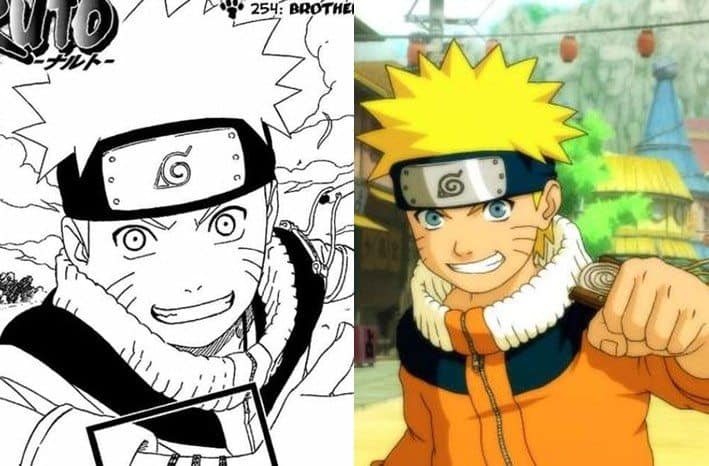 The reason I started to read manga, almost ten years ago, was to read ahead of the anime I had already caught up to. Much like how many people start to read the “Game of Thrones” books after they finish watching the latest season, I started to look for the manga translation of my favorite anime series at the time, ONE PIECE. At that time, there very few translated manga volumes that could be found in retail stores, so I started to search online and found that there was a huge community of people who translated manga for free. This has led me to lifelong passion for manga, and more recently, has lead me into reading Korean and Chinese comics as well. 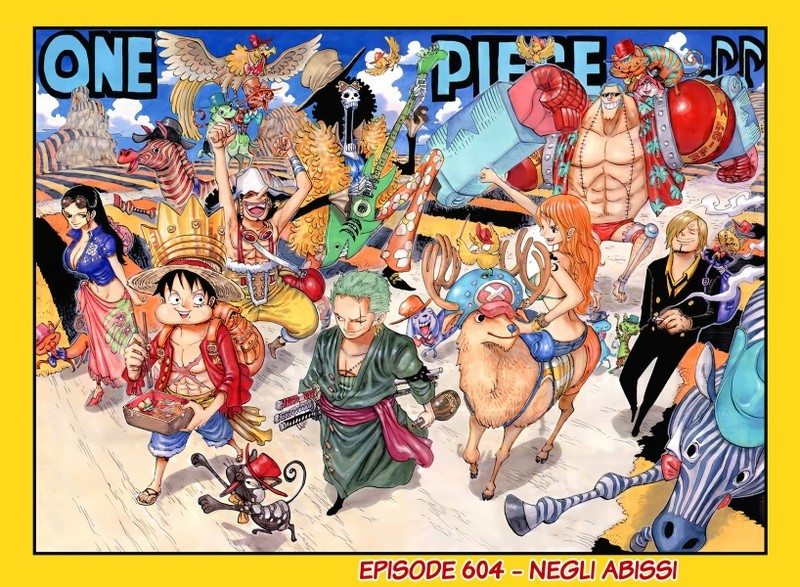 One of the biggest reasons for the surge of popularity of manga in Western culture would have to be the accessibility of the comics themselves. American comics, whether they superhero or indie comics, are very heavily regulated in terms of what you can find for free online. Of course, there are many American publishers who may have the first issue of a new comic for free, but in comparison to Japanese comics, the pickings are quite slim. Almost literally, whatever manga that may come to mind can be found for free on the hundreds of different manga viewer websites online. Not just an issue or two, but a whole entire series with hundreds of chapters could be found translated.  I don’t claim to be expert in the legality of all this, but most of these websites will take off whatever series publishers don’t want on them without too much of hassle. 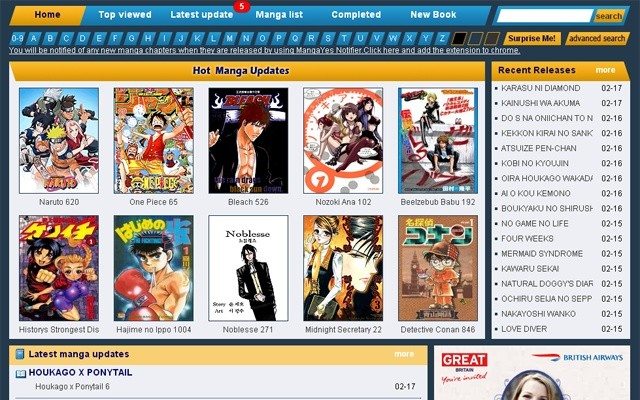 The other big reason for their popularity has to be their stark difference from American comics. Stylistically, thematically, artistically, the way that manga communicate are both intrinsically and aesthetically very different to western comics. As someone who reads a lot from both cultures, Japanese manga tend to be a lot less wordy then most American comics. That may be because the books that Japanese manga are usually published in are much smaller than Western counterparts. Manga are usually 5 inches wide and 7.5 inches high, while traditional American comics are mostly 7 inches wide x 10.5 inches high.

Anyone who knows about how comic books communicate messages knows that it isn’t as simple as moving a panel onto the next page. Each page, each panel, and each blurb has to communicate an effective message by itself. Each page in a comic book is much more craftily design that most people would know at first glance. And not only are the pages smaller, but also the chapters themselves are very short. Depending on their publishing schedule(we will get into that a little later), most manga chapters are released with anywhere from 15-50 pages, with the majority leaning more toward the lower end. With these constraints, and the infamously tight deadlines that mangaka (Japanese comic artists) have to deal with, I have found that most manga are much more easy to read and understand. This could be due to a whole bunch of different factors, but from my ten years of experience, I have found that their writing style is much more straightfoward and plots tend to be simpler, since most manga tend to only focus on one characters perspective and there are almost never parallel storylines going on (other than with XXXHOLIC and TSUBASA CHRONICLES). 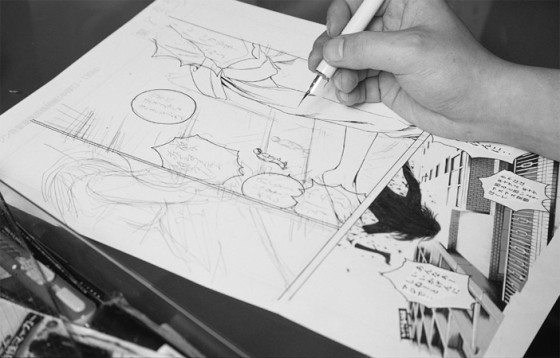 Most manga fit into any one of four categories. The most popular in terms of relevance to Western audiences and worldwide sales would probably be Shōnen manga which include FAIRY TALE, NARUTO, DRAGON BALL Z, YU-GI-OH, and BLEACH. The key demographic for Shōnen manga is younger boys so in terms of content, plot, and themes, Shōnen manga tend to be more straightforward and innocent and there is not an over abundance of blood and gore. The worlds are somewhat one-dimensional as the people in these comics are mostly either good or bad and there is almost never any middle ground. Of course, these are just generalities as there are some exceptions such as ATTAK ON TITAN, which is also considered a Shonen even though it has very mature content. All that being said, I tend to read Shōnen manga the most since they are not as emotionally exhausting and I really enjoy the lighthearted tone that these novels usually take. Seinen manga are also aimed toward males, but their primary demographic is a little older. Because of this, the content of these comics are much more mature and can contain nudity, sex, blood and gore. GANTZ, MUSHISHI, and MONSTER are some of the more famous Seinen manga, and all of them also have there own respctive animes.

READ: For something a little different, check out SCOTT PILGRIM!

The last two categories are Shojo and Josei manga, both of which are aimed toward younger and older females, respectively. They both are usually very romance heavy, but as with Shonen and Seinen, there is big difference when it comes to mature content and themes. Most shojo tends to always look at love in a positive light and usually always has some sort of happy ending, but the same cannot always be said for Josei. Some of the most popular Shojo and Josei comics are SAILOR MOON, SKIP BEAT, and PARADISE KISS.   It is very important to note that none of these are genres, but rather are categorical words used to describe to audience that these comics are aimed for. There are some implicit genres that are associated to some of these categories, such as manga marketed toward males usually have some sort of action adventure element and ones marketed to females usually have some sort of romantic angle, but they are not always mutually exclusive. 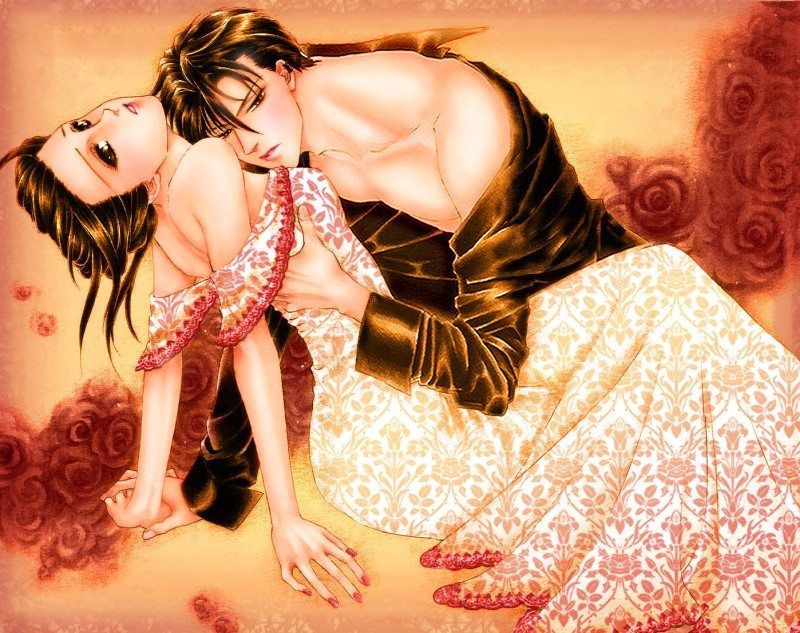 The release scheduling for manga is also somewhat important, especially when people are anxiously waiting for a release. Depending on the quality of art, the amount of pages, and the magazine that the author chooses to release their manga on(manga are usually initially released in a anthology magazine with other series), a manga can be published on a variety of different schedules. I have found that most of the popular Shonen tend to follow a weekly schedule, but Shonen also usually have fewer pages per release. Manga usually follow a weekly, biweekly, or monthly release schedule, though there are certain exceptions (BERSERK). If you want to find the exact schedule of an imparticular manga, it is easy as looking up which magazine it is published in and find out own often they release. Of course, this is only relevant if you are reading manga on a manga viewer website, and if that is the case you would have to find out the translators schedule for releasing the manga. Most of the really popular manga tend to be translated only a couple of days after the “raw” form of the manga comes out; the “raw” form as in the untranslated version. 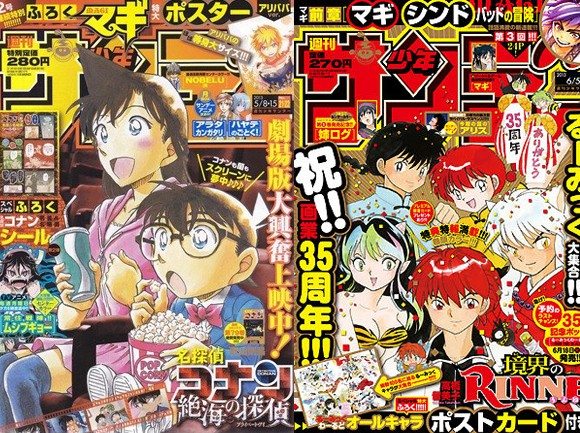 Since there are hundreds of different manga released every week, we are going to try to review the some of the more popular manga that have a history of quality. Before we start doing that, however, we wanted to make a top manga of all time list going by genre. Many people who might read traditional American comics might be completely unfamiliar with Japanese comics, so we wanted to create a jumping off point for people based on their preference of genre. Manga has been a very influential part of my life and I really look forward to sharing some of my experience to people who may be interested.

WATCH OUT FOR MORE FROM CAMERON!