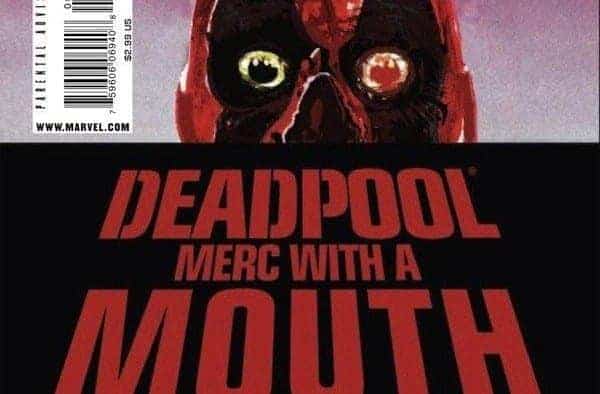 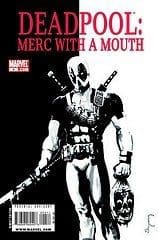 First, I’d like to thank you for granting us at ComicsVerse this interview. It’s really a pleasure, for me personally, to interview the writer working on my favorite character’s book. ow you did you find your way into the comic industry? Do you mind sharing a little about your background and how you came to write Deadpool?

I’d been writing novels in the hardboiled crime, sci-fi genres, and I hooked up with an agent (David Hale Smith) who also handles comic book writers. I let him know that it would be pretty cool to break into comic book writing. He started putting my name out there, and about a year later I found myself on the phone with Axel Alonso at marvel. Your novels are typically full of dark humor. Did this make writing Deadpool easier?

I think it made me a good match for Deadpool. Darkness. violence, irreverence and homor are part of the package. I feel I can write different things in different ways, but Deadpool certainly hits my sweet zone.

Lots of ComicsVerse fans are budding comic writers and artists, do you have any advice to give as far as artistry and getting into the business goes?

I think the focus needs to be on good writing whether its novels, comic books, screenplays, short stories or whatever. Think more about craft and less about “the industry”. There will be time to think industry and markets … but that’s for later.

Do you write for a specific audience in mind? How can we, as readers, connect to Wade’s journey?

For novels I just write what pleases me with the hope like-minded people will find the books. So far, they have. Not millions of them, but a nice readership. For comics, I try to write what seems good to me at the time and is appropriate for the character. Then if my editor gives me the thumbs up I sigh relief.

What kind of role does comedy play when you come up with ideas for the plot? Do you start with something comedic? Or does it find its own way into the story through Deadpool’s sense of humor? 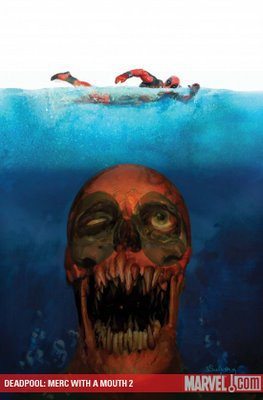 Any strange situation can either be comedic or dire. The details and how the characters react is what take a story into a comic direction or not. So far, in Merc with a Mouth, a different character might have handled the exact same situations in a much more serious way. But it wasn’t another character. It was Wade Wilson. He can take any situation and make it funny.

Is there anything about Deadpool that surprised you after you started writing the character?

Ask me again in a year. I still feel knew at this, although I do think I’m getting the hang of it.

Do you feel any differently about Deadpool now, than you did when you first started writing?

Again, that’s a better question for a year from now. I’m still enjoying that new character smell. For me, i still feel like I’m in the honey-moon stage with lots of avenues to explore.

He’s a character that definitely walks a fine line between moral and amoral, would you say Deadpool is a moral kind of guy?

Yes, but by accident. He’s really looking out for himself, but somehow stumbles into doing the right thing. I think on some level Deadpool knows that feeling guilty about some poor amoral decision he’s made might harsh his enjoyment of life. So he often ends up doing the right thing but for very self-centered reasons.

What’s been the most fun part of writing him?

Bong Dazo. The guy takes what I’ve written and makes it look even better than what I imagined. Also, sometimes when I’m out in the world, at the supermarket or whatever, I wish I could talk to people the way Deadpool would. So it’s sort of semi-wish fullfilment to be able to write it.

Using zombie Deadpoolâ€™s head as a main plot point has been a huge success with fans. How did that idea evolve into what it became?

We wanted something a little extra to set Merc With A Mouth apart from Way’s excellent book, so Axel Alonso hit about the idea of the Head being a sidekick … or maybe more like a buddy picture. It’s been a lot of fun to write dialogue for 2 merc mouths.

Can X-fans expect to see any of the X-Men showing up in your book?

Hmmmmmmm. If there’s a huge outcry for this, I’ll see what I can do.

What can we expect to see from Deadpool in the future? How is Wade changing?

I think change is better if it is something that evolves rather than something that is planned. More organic. Also it depends on how many beers I’ve had.

On behalf of ComicsVerse, I’d like to thank you again for the wonderful moments in Deadpool and for giving us the chance to get to know a little more about you.