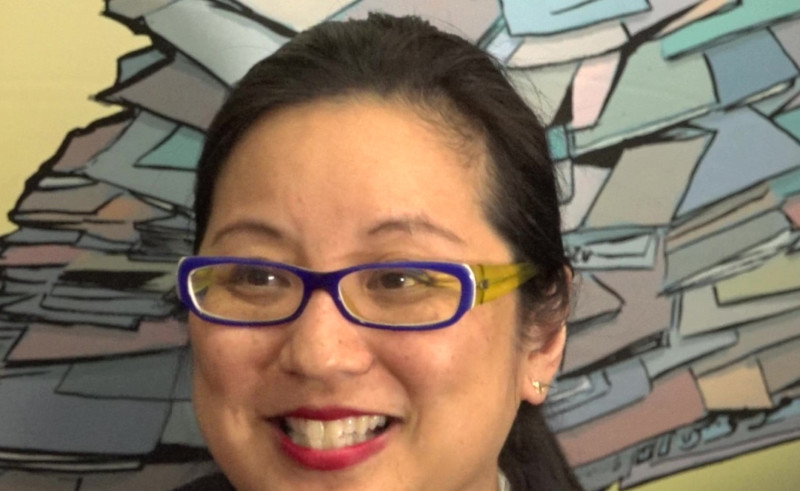 ComicsVerse got the chance to talk to Amy Chu about her wonderful work in the industry at Five Points Fest. Considered to be a relatively new talent, Amy comes from an incredibly diverse academic and professional background that includes business, architectural design, and East Asian studies. Amy already built an incredible resume with her work on RED SONJA, POISON IVY, KISS and The X-FILES, amongst other titles.

A long time KISS fan, Amy is the first female writer to take the reigns of the KISS comics. Her “Council of Elders” arc took inspiration by the 1981 album Music from The Elder. It steers readers toward a darker, sci-fi experience.

Amy’s work on POISON IVY received incredible reviews. Amy has been applauded for exploring Dr. Pamela Isley in a new light, focusing on her character as a scientist. In her CYCLE OF LIFE & DEATH, Chu takes the opportunity to delve into the maternal elements of Isley’s character, her sexual agency, her identity and her efforts in understanding her human relationships.

READ: Our most recent review of the amazing POISON IVY: CYCLE OF LIFE & DEATH!

Most of all, RED SONJA has also been well-received. Part of a wonderful legacy of female writers including Gail Simone and Marguerite Bennett, Amy has taken the warrior and thrown her into an entirely new time and place. This makes for a unique and awesome plot.

In conclusion, Amy Chu took some time to tell us about her work on these titles. In addition, she discussed working with nonprofits like the New York Historical Society and the Museum of Chinese in Americas. Finally, we closed with her love of sci-fi and her favorite kind of coffee!