Get ready to delve into the world of hard rock and science fiction in THE AMORY WARS: GOOD APOLLO, I’M BURNING START IV. The comic is written by Claudio Sanchez and Chondra Echert, with Rags Morales drawing. THE AMORY WARS follows the band COHEED AND CAMBRIA’s concept album GOOD APOLLO I’M BURNING STAR IV: FROM FEAR THROUGH THE EYES OF MADNESS from 2005. The story follows protagonist Claudio Kilgannon (son of Coheed and Cambria) who until now has been mostly in hiding since the death of his parents; his advancing physical powers have drawn him out. It’s becoming clear to Kilgannon and those around him that he is the one mentioned in the prophecies, sent by God to destroy the universe he lives in because too many mistakes were made by the elite. But to Kilgannon, none of this makes any sense. Ambellina, the blue-skinned fallen Prise who’s mission it is to watch over him — helps guide him on the decisions he has in front of him.

There’s a rhythm to how THE AMORY WARS plays out. Kligannon’s introduction to the fantastical elements of the piece is beautifully off-set with this very real human melodrama of love and lost. The fact that he is able to keep fighting an unknown enemy even at such a low point in his life made me completely enthralled with the story. Kligannon’s companions on what can be assumed to be a ship aren’t given much detail yet, but their designs are interesting and so far, balance off the angstier persona of the protagonist quite well. Amory is a world of mystery and myth. The strong, dramatic images highlight this as much of the stranger aspects are left in shadow. A strong start to what is shaping up to be a fantastic series.

READ: Can’t wait to for the comic? Check out a sneak preview here!

Coheed and Cambria have always done things in a grandiose way, and this time is no different. The comic release, though years in the making, drops the very same month they embark on the 6 weeks “Neverender GAIBSIV tour,” performing the progressive juggernaut of an album that inspired it in its entirety across the US and Europe. 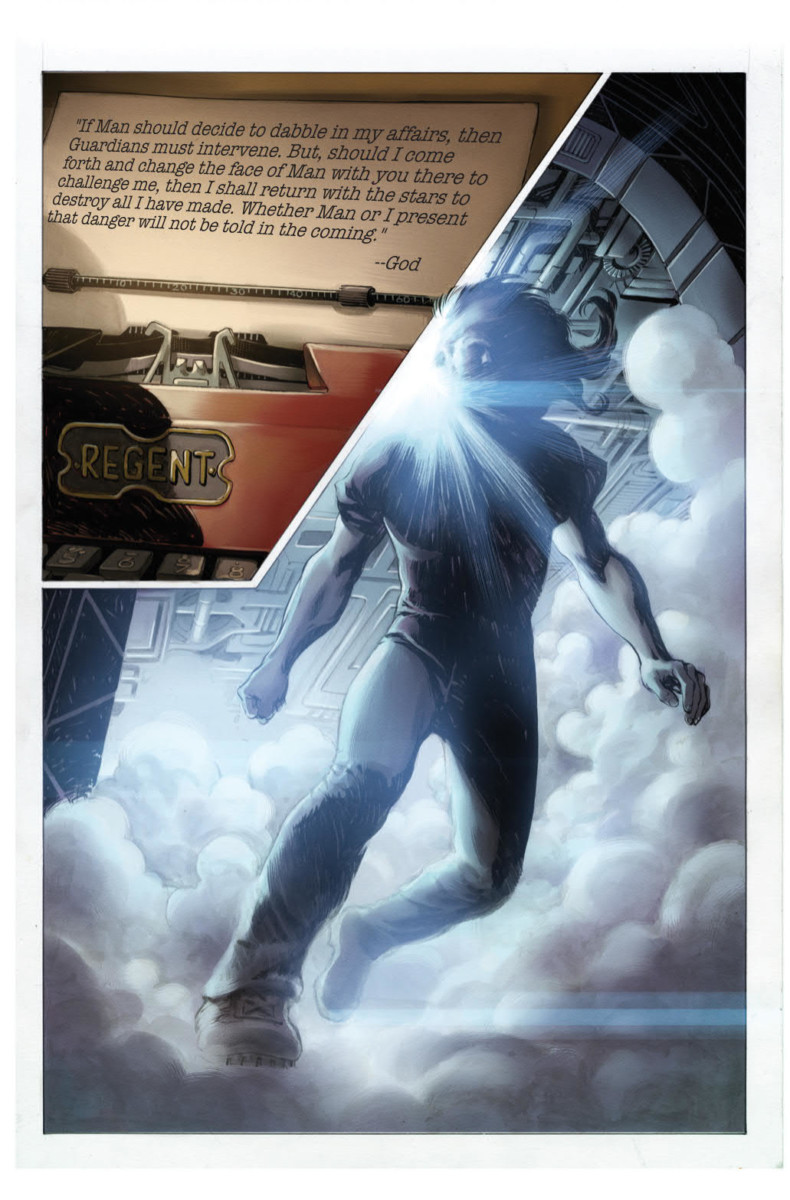 It’s an exciting time for music and comic fans. A merging of the two always ends in a ton of fun for both music and comic fans. The upcoming NEVERENDER GAIBSIV tour will be supported by THE DEAR HUNTER and will include performances at festivals including WELCOME TO ROCKVILLE, LAS RAGEOUS, CAROLINA REBELLION, AND ROCK ON THE RANGE.

They are also set to release the vinyl for the first time, which will include a Record Store Day exclusive color, a tour version, and a web exclusive version available April 28.