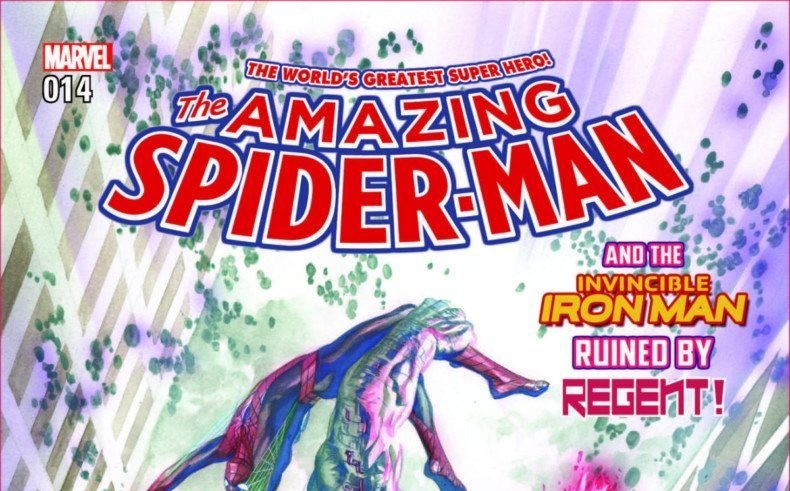 In all honesty, the current antagonistic relationship between Spider-Man and Iron Man in the past few issues felt a bit off, with the writers blowing their banter-esque conflict out of proportion. Luckily this is just something of a nitpick in THE AMAZING SPIDERMAN #14, yet another enjoyable issue of the wall-crawling webslinger. Everything that you want to see in a good comic crossover is here: character interactions, a good plot, action mixed with drama, and a complex villain for our heroes to battle.

As we see from the opening of this issue, hero after hero is being taken down with ease by the superhuman Regent, who’s determined to keep both heroes and villains alike contained and controlled. All throughout this issue, Regent has really struck me as an intriguing antagonist, mainly because he actually sees himself as the good guy in this conflict. He’s a living example of the “absolute power corrupts absolutely” phrase, absorbing the powers and abilities of every hero and villain that he stores away in The Cellar, yet still sees himself as the only savior that humanity needs to rely on for security. Unfortunately, this time around he messed with the wrong spider. The disappearance of Miles Morales forces Peter Parker and Tony Stark to put aside their current differences and work together in order to save their friend/fellow Avenger. Despite Regent’s plan being revealed way too early, it still looks like our heroes will have to face off against an enemy with the power of a god, plus a handful of other heroes. 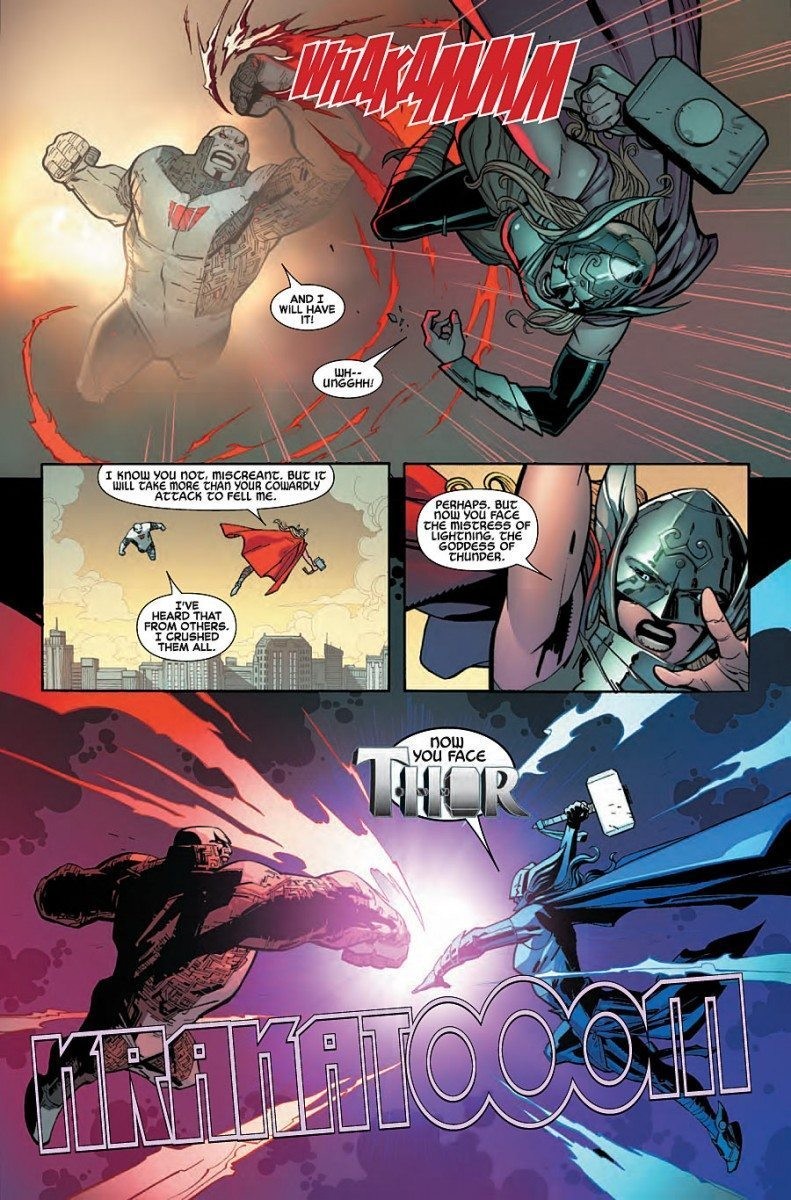 One of the things that impressed me the most about this issue was how it was able to juggle so many perspectives without making one side feel underused. Throughout the past few issues, the writers have been establishing the Spider-Man/Iron Man conflict, the Regent’s goals for the future, and the Harry Osborn subplot. Here it finally feels like all of these pieces are coming into contact with each other. Each character gets the right amount of screen time: enough to contribute something to the overall plot, while not taking away from the other storylines. It is a tough balance to achieve in writing, and I’m happy to say that this issue manages to pull it off.

While it didn’t have time to be as fleshed out as the main storyline and only appears briefly, I enjoyed the subtle themes of secrecy and trust, as well as the costs that they can have on people and their relationships in this story. Peter’s use of a secret identity may protect himself and his loved ones from harm, but it also comes at a cost, namely that of their trust with him. His quick but meaningful discussion with Mary Jane reveals that, for all of Stark’s flaws, he is still open about what bothers him. It’s a contrast to the way in which Peter hides behind secrecy and quips to cover up his insecurities, putting on display how such an attitude can affect his relationships with other people. Compare this to Regent, who chooses to be alone in this “crusade” of his and believes himself to be capable of achieving anything. He sees himself as a god who can protect the world on his own, when in reality that kind of thinking is composed mainly of hubris. Intentional or not, these themes add an extra layer of depth to the book that I genuinely appreciate. 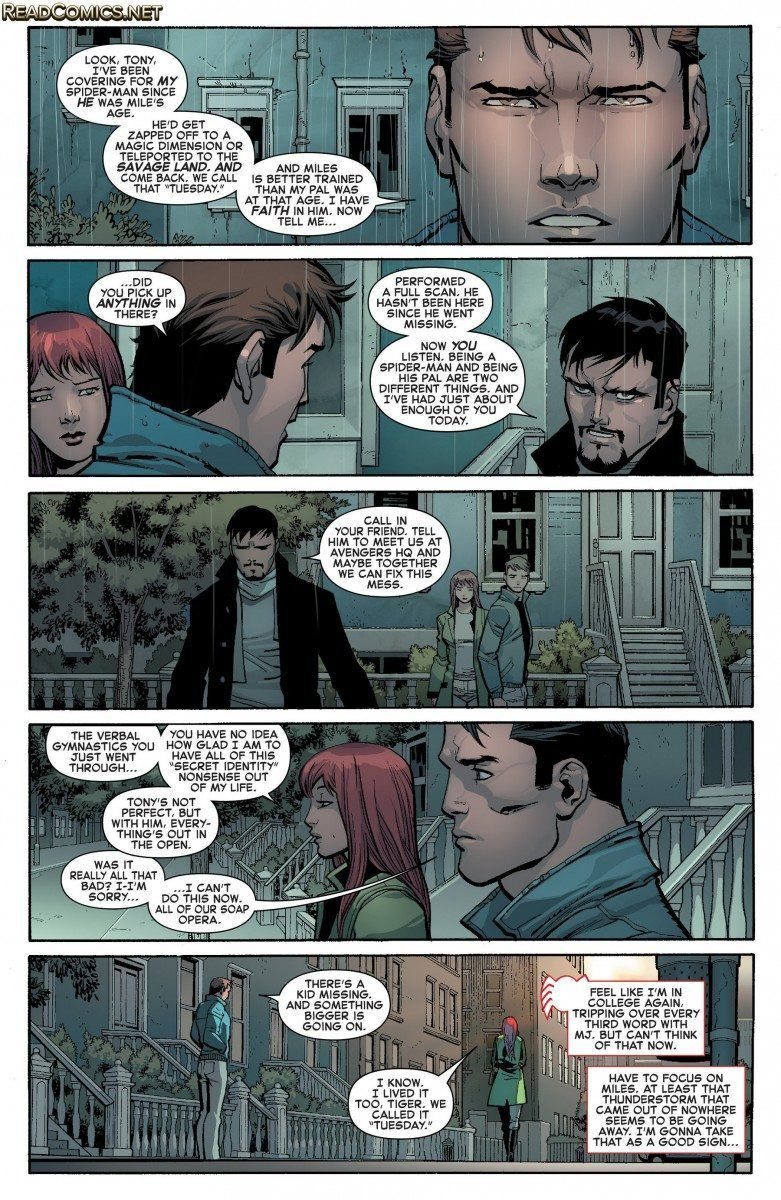 As for the art design, I’d say that it’s very simple, yet satisfying in context. The character designs are not the most graphically detailed, with facial features being rather smooth and clean in both costume design and skin complexity. At the same time, there is still an elegance to their simplicity, making the characters stand out amongst the backgrounds. For that, I need to give credit to the issue’s penciler Giuseppe Camuncoli as well as artist/colorist Marte Garcia for their creative design choices, which give the book something of a minimalist design. Furthermore, the dialogue, while quippy, is still very straightforward and comprehensible in its relationship with the imagery. It gets you into the plot without much confusion and feels easy enough to understand, all the while remaining complex in its visual subtlety and depth.

THE AMAZING SPIDER-MAN #14 doesn’t really break any new ground in its plot, but it is still a fun and engaging read in its own right. The narrative is simple yet effective. Its art style feels heavily polished and while a lot more dramatic than your usual Spidey read, it still has time for a quip or two. The story is definitely heading straight for its climax at an impressive pace, with multiple characters crossing over with one another as Regent’s plan comes to fruition. As for what that will be, you’ll just need to stick around for the next issue to find out.