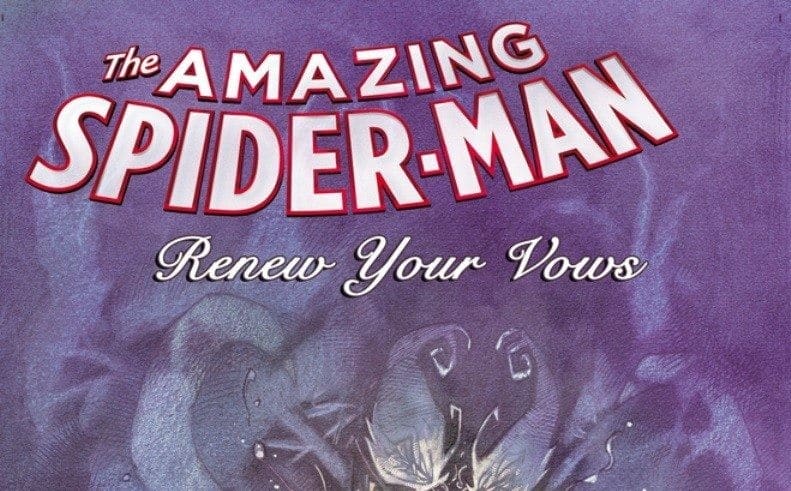 Peter Parker is back in AMAZING SPIDER-MAN: RENEW YOUR VOWS #2 and he is caught up in a crazy new future world. Where will the story go and is it worth reading? 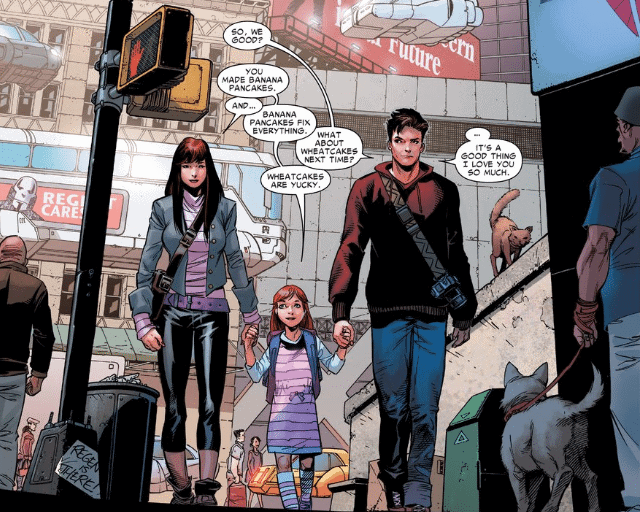 We begin in Peter’s dream. He feels guilty about the fact that he let the Avengers get killed by the new big bad, the Regent. After wallowing in guilt, Peter wakes up and finds his daughter on the ceiling. Apparently in this brave new world, those who have superpowers are in hiding so both Peter and his super daughter have to keep themselves under wraps. The next day MJ walks their daughter to school as Peter runs off to get photos of an altercation between the Demolition Man and some of Regent’s evil goons. When Peter goes to sell these photos to JJ, he finds out that they have found a person with superpowers at Annie’s school. I’m assuming it is fairly obvious, but in that moment Peter and MJ go back into action and a battle ensues.

Okay, I was a huge fan of the first AMAZING SPIDER-MAN: RENEW YOUR VOWS, but this second installment has not gotten me quite as excited. I am fairly certain that I can explain the bitter feeling I had all from one moment early on in the comic. 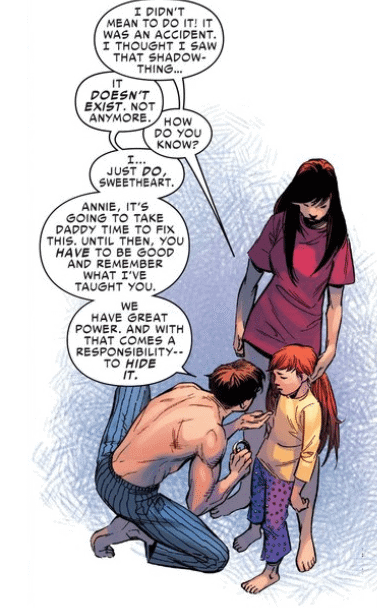 “We have great power. And with that comes a responsibility–to hide it.” I understand exactly what was trying to be done with this line. It is something that was done in the previous issue. Peter chose his responsibility to his family over his responsibility to save the world. That was really interesting and done really well. Here the story is not showing us Peter’s different approach to responsibility, but instead it is telling it to us, and personally I am disappointed by that. There is an extremely nice scene later on in the issue that I think really animates a similar sentiment to this sentence. Peter watches an entire altercation occur between the Demolition Man and a slew of villains and he does nothing. He just takes photos. That says something to me. 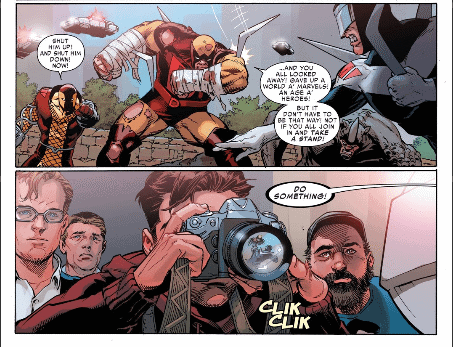 It shows me that Peter is behaving differently. He is not acting like a superhero anymore. He isn’t taking responsibility for this evil world. Whereas earlier when Peter says that line that just puts a twist on “with great power comes great responsibility,” it feels cheap. There are a few other reveals, which I won’t spoil for you, in the comic that have the same issue. Much like the responsibility line they don’t feel earned, but instead feel like “Oh, look at the way that we integrated that! You see?” However, the art is very enjoyable. There are some interesting things done especially with Parker’s dream sequence, and I am once again a huge fan of the way Adam Kubert composes the shots.

Overall, the story doesn’t quite do it for me because unlike the first issue, which worked extremely hard to illustrate the difficulty with choosing between different responsibilities and those consequences, this one simply moves around familiar pieces in a way that is supposed to surprise the audience. I believe in what this story is trying to do, but it always works better when Slott writes scenes that illustrate how Parker feels instead of trotting out popular Spider-Man lines and villains.