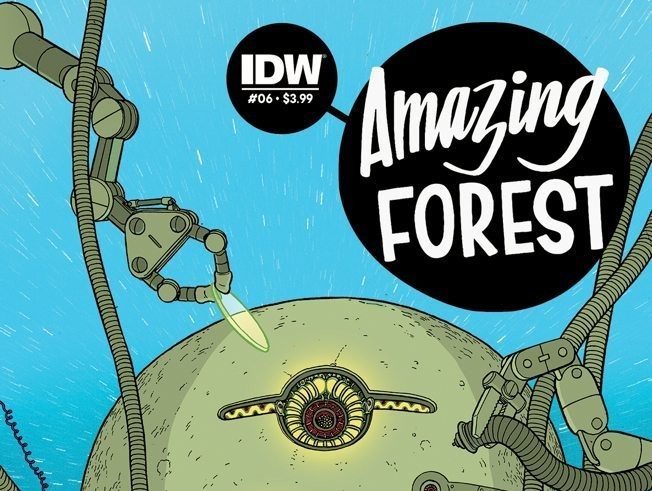 As with any ongoing comic book series, there is always a certain expectation that we as readers have come to expect with each issue. If it is a Batman book, you can expect some gothic elements and a hefty tablespoon of brooding. If it is a Deadpool title, you can reasonably expect some fourth wall-breaking. With AMAZING FOREST, you really can only expect to encounter the unexpected. Each issue has at least three mini stories within it that have very little to do with one another, but they all seem to work under the careful hands of Erick Freitas and Ulises Farinas. At its best, AMAZING FOREST is a hilariously inventive comic that changes the game with its fearless innovation. Even at its worst, though, AMAZING FOREST is still a work that you can appreciate for its sheer ambition.

Issue #6 is no different. There are hits and misses, but on the whole it stands as a strong testament to the creative power of a great collaborative team. Freitas and Farinas consistently bring their A-game to each of the short stories and even if they don’t all work, that is mostly due to personal taste rather than poor quality. This is probably the greatest risk AMAZING FOREST faces as it jumps between different styles and genres, but having multiple short stories keeps us around for the next story even if we weren’t so fond of the previous one.

READ: What’s up with all of these superhero team-ups?

That’s where the placement of the stories becomes crucial. I was not breaking out my pompoms for “Cowboxing” or “Nonbelievers,” but I thought “The Katzenjammer Virus” and “Space Night Sonata” were darkly intelligent parodies that were perfectly paced and illustrated. By not front-loading the first half of the book with the two strongest stories, Freitas and Farinas ensured that I would be reading through to the end. 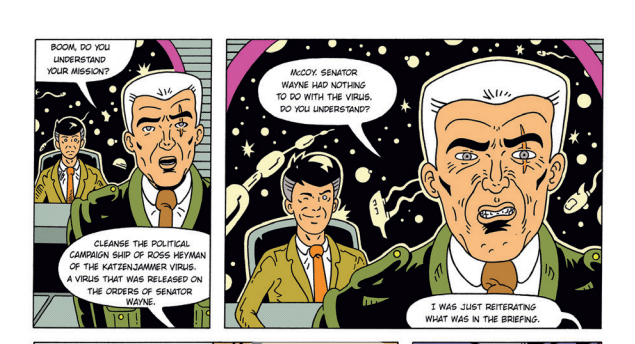 AMAZING FOREST #6 starts off strong with “Virus”, a grossly comical story about a virus that turns people into cats. Put simply, its power comes from how well it executes a seemingly simple idea. If Freitas and Farinas had allowed it, this could have pushed the boundaries of a tasteful parody and become humdrum. Thankfully, they balance the self-indulgent seriousness and humor of their idea remarkably well and turn in a wonderful short comic to get the momentum going for #6. After “Virus” comes “Cowboxing,” though, which, while maybe serviceable in its own right, is not as smart as “Virus.” “Cowboxing” tells the story of, you guessed it, a cow who boxes to save his farm. It’s not terrible by any stretch of the imagination, but it does feel a little bit safe compared to most other AMAZING FOREST stories. It has the typical twist ending you expect from AMAZING FOREST, but it isn’t one that really amounts to much and leaves the story feeling a bit like filler.

READ: Get in-the-know about Marvel’s newest on-screen hero, Black Panther, and the afrofuturistic themes of his character

Of course, then comes “Space Night Sonata,” the tragic story of an astronaut discovering the wonder of cosmic loneliness before reality comes calling. Any lagging feeling that had developed dissipates as this one’s a real beauty. Personally, take cue from the reference in the title and play Beethoven’s “Moonlight Sonata” in the background as you read it; it adds an additional layer to the experience as the pace and scope of the comic seem to mimic the music. Even the art of “Sonata” is as dark and beautifully expressive as the music it takes its name from with its intense colors set against a backdrop of foreboding black. There’s a quietness to it that is elevated all the more by the music, and whether that was intentional or not, it should be applauded. 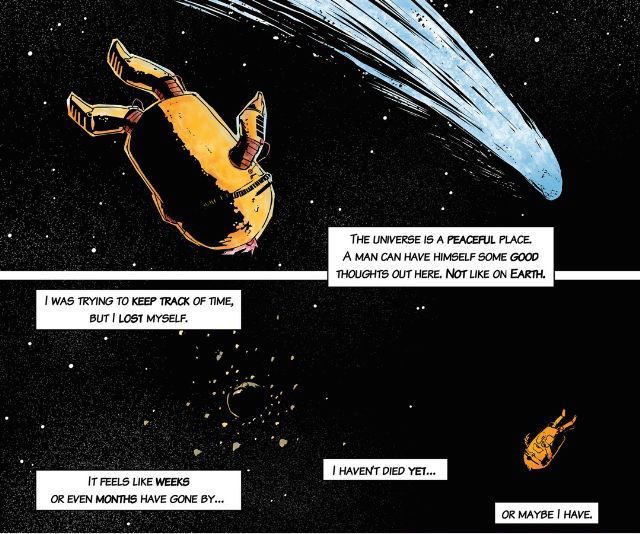 Unfortunately, AMAZING FOREST #6 concludes on a bit of a boring note with “Nonbelievers.” It tells the story of a team-up between Santa Claus and a Christmas demon as they visit an orphanage. Like “Cowboxing,” it isn’t that the story is bad so much as it doesn’t feel like it renders much of a presence. It is weird, but that’s requisite in a book like AMAZING FOREST. To stand out among the crowd, a story needs to have something a little more substantial to hang onto. There is surface-level meaning to the twist at the end, but then you ask yourself what the point of it was. What was this story really saying?

At the end of the day, even at its most mild, AMAZING FOREST is still a great read that can be appreciated for its ambitiousness. AMAZING FOREST may not always work, but that is the territory that comes with experimenting. The imperfections here can be appreciated with the knowledge that at least Freitas and Farinas are willing to try something different which is something not every book can boast nowadays. We can critique the content but honor the effort because AMAZING FOREST is still a hilarious beast of its own design.