As a person who identifies as queer, comics like ALTERS #1 with a superhero narrative as strong as this always hit close to home. For starters, I don’t know a single queer person who hasn’t had a secret identity at some point. However, I think there’s more to it. I mean, there were a lot of aspects that drew me in as a kid. Maybe part of it was the idea that a superhero has to hide the best part of herself from her friends and family to keep them “safe?” Maybe the fact that a superhero has to listen to the ignorant opinions of everyone around her who think her alter ego is a menace to society.

READ: If you want to check out more Aftershock comics, read our review of INSEXTS!

When it comes to superhero stories, what I usually love most happens when the community surrounding the superhero finally accept her or him. Maybe I teared up a little too much during the scene in the SPIDERMAN movie when random train passengers carry Tobey Maguire to safety because that’s the metaphor I was secretly hoping my coming out experience would replicate?

While I found the stories relatable, it didn’t necessarily make them queer. Even though comics are becoming more and more inclusive, there is still a long way to go. So, you can imagine my excitement when I found out about Paul Jenkin’s and Leila Leiz’s new series, ALTERS, a comic that centers around a transgender superhero named Chalice. 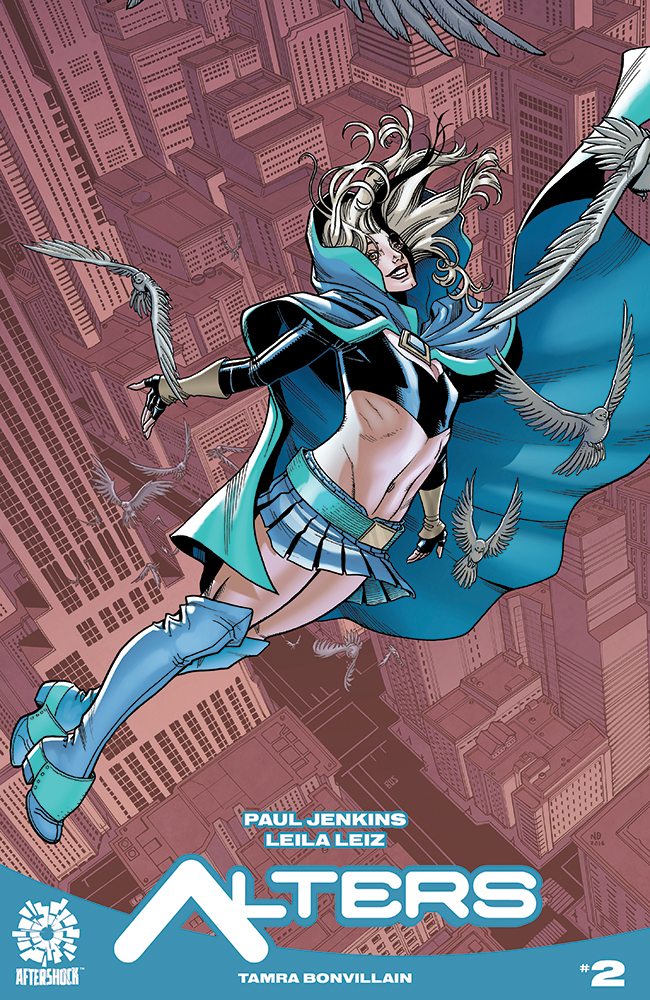 Why is transgender character, Chalice, so important to ALTERS #1?

I’m not suggesting anything revolutionary when I say that fiction has the power to change the way we see the world. I’ve always felt that it’s a reciprocal relationship. The world shapes our stories, but our stories can also shape the world. Unfortunately, people often misuse this power. Trans people represented in media is rare, and typically when any representation is present, trans people are often portrayed as a punchline. In Spider-man comics, Uncle Ben once said, “with great power comes great responsibility,” and as transstudent.org says, “with more more visibility comes more understanding.” Visibility doesn’t mean a two-dimensional stereotype. That’s an irresponsible abuse of the power of fiction.

READ: Take a look at our interview with the editor-in-chief of Aftershock Mike Marts.

Ultimately, what makes Chalice in ALTERS #1 so important is the fact that she is a three-dimensional human being. I teach an English class, and a student recently asked me why I assign so many “gay” stories. I was taken aback because I only assigned two “gay” stories out of thirty readings for the entire semester. I didn’t consider the stories I chose to be “gay” stories; I thought of them only as human stories. Before I start to sound like one of those people who claim to be colorblind, what I mean is that I felt like the stories created well-rounded characters who couldn’t be reduced to their sexuality. However, both stories acknowledged sexuality as integral to understanding each character. That’s also how I feel about ALTERS #1; Chalice cannot be reduced to her gender, but her gender also cannot be ignored. 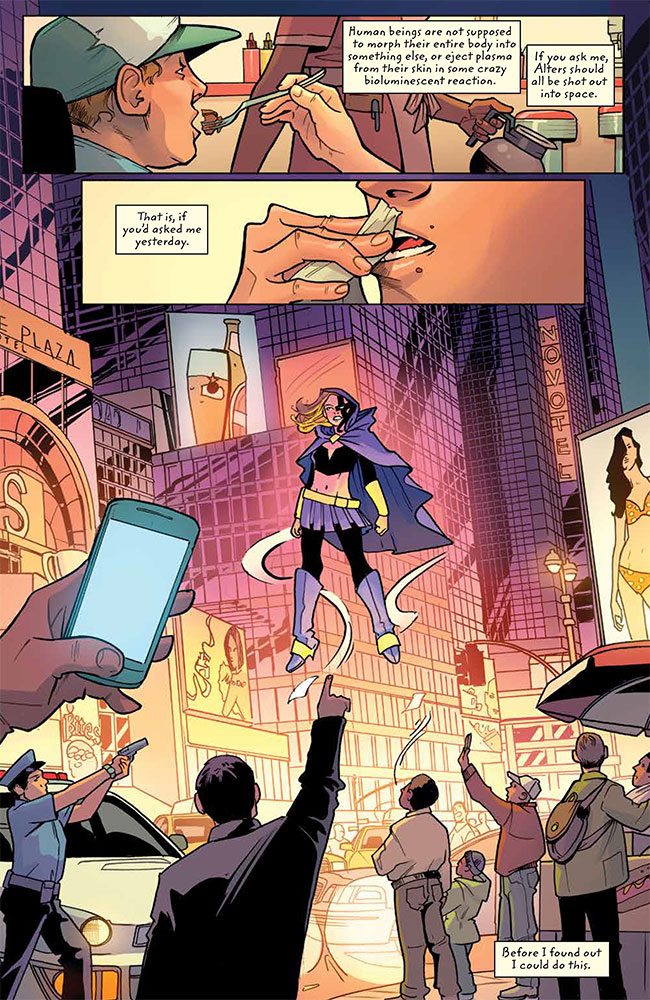 Before Chalice reveals herself as a trans-woman, the creative team introduced her as a superhero. The focus isn’t initially about her struggle to accept her gender identity but instead about her struggle to accept her newfound power. What I love about this is that Paul Jenkins equates superpowers with gender identity. When trans people aren’t the comic relief, they are often the tragic figure whose tragic flaw is self-acceptance. The message ends up being, “you can live this way, but we’re going to punish you for it.” In ALTERS #1, the message is the exact opposite because denying your gender identity is equal to denying your superpowers.