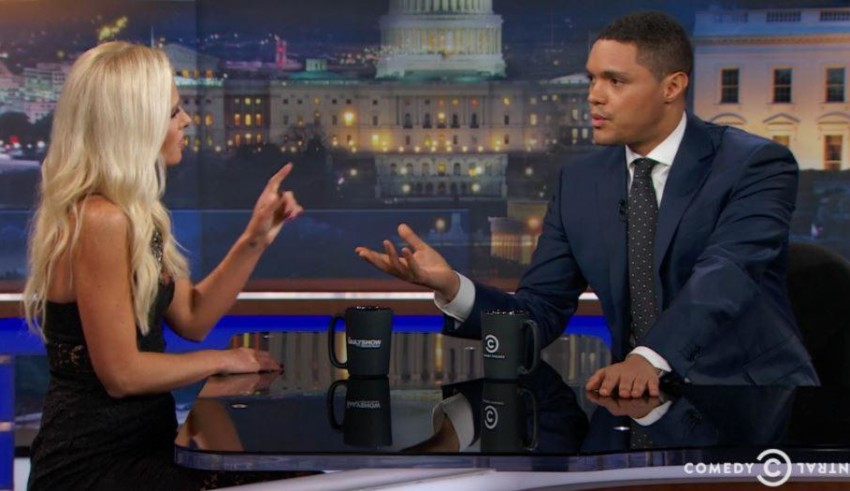 On January 20th, 2017, Donald Trump will be inaugurated as the 45th President of the United States and with him, he will bring Steve Bannon. Mr. Bannon created the platform for the alt-right, BREITBART. Alt-right, for those that who are unfamiliar with the latter phrase alternative right, consists of a political ideology steeped in White identity and nationalism. Soon, a man who has chosen to give their ideology a platform will enter the White House as if it were a “normal” occurrence.

The Alt-Right and White Nationalism

The comparisons between the alt-right and other white supremacist groups seem virtually identical. They overlap in terms of both ideologies operating out of white identity rather than an ideology based on conservatism. The Anti-Defamation League says people who identify as alt-right reject principles of mainstream conservatism. These principles consist of supporting Israel as an ally in the middle east. Additionally, they involve free-market-capitalism, interventionist foreign policy while not specifically advocating for white people in America. They refer to conservatives that don’t hold their world views as “cuckservative,” combining the words cuckhold and conservative.

Also according to THE ANTI-DEFAMATION LEAGUE, preserving a White majority in the U.S. and in other western civilizations is the driving force behind the alt-right and other white supremacist groups. They seek to persevere their identity. They see losing their status as the majority, multiculturalism, and immigration as a sign of “white genocide.”

The Tactics of the Alt-Right

One of the many tactics used by the alt-right includes spreading propaganda. Some of the propaganda consists of false statistics regarding black on white crime. The alt-right uses those false statistics as evidence of “white genocide.” Through the use of intimidation, harassment, and a far right belief system founded on archaic ideas like eugenics, people who identify as part of the alt-right create online campaigns to target anyone that disrupts their view of a homogeneous America. Take the online harassment of SNL comedian and actress Leslie Jones for example. Milo Yiannopoulos was banned from Twitter for organizing a harassment campaign targeted at Leslie Jones for her role in the 2016 GhostBusters film.

READ: Do universities have a responsibility to protect students? Read the case study!

Richard Spencer and Milo Yiannopoulos represent a dangerous trend of the normalization of white nationalist/white supremacist ideologies. Without adopting the traditional white hoods of the Jim Crow south or the shaved heads and black boots of the 1990s neo-nazis, spotting a person with obvious white nationalist ties has become latent. Today we have white nationalists dressed like they were Banana Republic models. They spread their racist ideas and rhetoric to whoever is willing to listen to them, and there lies the problem. They believe by looking normal and not dressing in the latest white supremacist fashion, they present their views in a mild manner more palatable to the mainstream.

When large publications like Simon & Schuster give lucrative book deals to Milo Yiannopoulos, a man banned from Twitter for leading the alt-right to harass Leslie Jones with racist and misogynist tweets, they are condoning hate speech. When A&E producers inadvertently fund the Ku Klux Klan for their now-canceled reality TV series GENERATION KKK it’s unethical and deceitful. But, when mainstream media corporations hand a platform to people tied to hate groups it’s outright dangerous.

The need to intellectualize, romanticize, and debate the normalcy of groups like the “alt-right” may empower them and their views. For example, take what happened on THE OPRAH WINFREY SHOW in 1988 when she invited neo-nazi skinheads on her show and tried to expose their ignorance and confront their hatred. By the show’s end, her panel required removal from the set due to racial slurs directed at Blacks. Looking back on that episode in 2006, Oprah Winfrey said, “I realized in that moment I was doing more to empower them than I was to expose them. Since that moment, I’ve never done a show like that again.”

It is safe to say that the revelation Oprah Winfrey came to in 2006 can be applied today. Giving hate groups a platform has dangerous consequences. The people who identify themselves as the alt-right do not visually look like neo-nazis. They don’t use specific racial slurs to describe people of color. Today’s version of the people that appeared on THE OPRAH WINFREY SHOW in 1988 do not shout from a soapbox. They do not march in the street or hold klan rallies to get their message across.

The Richard Spencers of the world speak at any willing college or university. They network at conservative political conventions. They go to any talk show on YouTube or any talk show in the mainstream media willing to give them a platform. In essence, the alt-right constantly tries to legitimize their ideas in the press by distancing themselves from their overtly racist counterparts in the Ku Klux Klan and in neo-nazi skinhead gangs.

This year, Trevor Noah of THE DAILY SHOW invited conservative internet pundit Tomi Lahren on his show to challenge her views on race. Instead, Tomi Lahren regurgitated her usual racist respectability political talking points. Trevor Noah challenged her views only for her to double down on them. Trevor Noah and Tomi Lahren never reached a consensus on anything they debated about on the show. In fact, during the entire 20 minute interview, he had to defend his right to exist as a black man in this country. In addition, Noah had to defend the rights of other people of color to peacefully protest.

After their debate, something interesting began to happen in the media. News pundits started to replicate their debates with extreme white supremacists. For example, the interview with NEWS ONE NOW’s Roland Martin and white nationalist Richard Spencer had the same results like the interview with Tomi Lahren on THE DAILY SHOW. Tomi Lahren, also known as the queen of the alt-right and their enabler, gained massive exposure in the mainstream press because of  THE DAILY SHOW interview. Everyone from ENTERTAINMENT WEEKLY, THE NEW YORK TIMES, TMZ, USA TODAY, ABC NEWS, and BBC NEWS began to publish absurd articles romanticizing people like Tomi Lahren and Richard Spencer.

Giving Tomi Lahren a platform is like watching toddler play with a loaded gun. Tomi uses an “us versus them” narrative when she spouts ignorant and dangerous views about black people. She once referred the Black Lives Matter movement as the KKK. Tomi performs mental gymnastics. She needs them to push the fallacy known as “black on black crime.” That fallacy she purports denigrates black people in a racist fashion. She is the same person who said, “I’m not a reader.” She subsequently followed it up with “I have a short attention span.” Yet, she has received more coverage from legitimate media because Trevor Noah decided to legitimize and welcome a racist parrot on his show. However, unlike Oprah and her reflection on her interview with the neo-nazis in 1988, Trevor Noah does not see the danger in giving a person with hateful views a platform.

A Rise in Reported Hate Crimes

The alt-right does not represent everyone that voted for Trump. Still, the people in the alt-right feel empowered and embolden because of Trump’s electoral college win. It points to their growing platform. White nationalists like Jared Taylor from the AMERICAN RENAISSANCE, David Cole from TAKI MAGAZINE, and Richard Spencer who gave a disturbing nazi like “hail Trump” speech after the election, feel that Trump’s electoral college win entitles them to act on their beliefs and this has resulted in a rise in reported hate crimes.

One of the many dangers that stem from normalizing the alt-right and other white nationalist hate groups correlates to their rise in politics and the rise in reported hate crimes. According to THE NEW YORK TIMES and USA TODAY, the FBI reported a spike in hate crimes after the election cycle was completed. Reports of hate crimes rose 6 percent in 2015 during the start of the cycle. For comparison, in 2014, there were 5,462 hate crimes reported; this has risen from last year to up to 5,818 crimes. Furthermore, assaults against American Muslims and Mosques surged to 257 assaults; that is the highest number following the 480 attacks after 9/11.

The most significant aspect within the USA TODAY report is the number of hate incidents reported to THE SOUTHERN POVERTY LAW CENTER after the election between November 11th and November 14th. There were between 200 to 400 incidents that involved harassment and intimidation, and even some that went viral like the Trump supporter who harassed a Michaels Store employee in Chicago.

The general public’s safety is at risk. A rise in reported hate crimes and the alt-right’s growing platform combined with fake news show this. Take the PizzaGate incident that took place on December 4 of this year as an example. A North Carolina man named Edgar M. Welch, 28, drove to a pizzeria named Comet Ping Pong in Washington D.C. and fired his assault weapon. He fired it into the restaurant to investigate a conspiracy theory. The conspiracy consisted of Hillary Clinton running a child sex ring. Luckily, none of the restaurant patrons got injured during the incident. However, no signs of a child sex ring, secret tunnel, or any other aspects involved in the PizzaGate conspiracy theory perpetuated by fake news and the alt-right existed.

Incidents like the one that happened at Comet Ping Pong result from the dangers of normalizing the alt-right. It isn’t just that conservative news sites give them a platform, the alt-right floods websites like Facebook. Unfortunately, Facebook chose not to filter fake news stories. Furthermore, the problem goes beyond fake news, half-truths, pseudo-facts, and partisan politics. Lone actors like Edgar Welch act off of false information and the power of their own delusions.

However, before Donald Trump decided to run for president, there was the Charleston Church Massacre committed by Dylann Roof. According to his manifesto, his motives for committing this act of terrorism is heavily linked to him being radicalized by online white supremacist propaganda. In his manifesto, he writes about how he googled black on white crime. Subsequently, he came across alt-right websites like the COUNCIL OF CONSERVATIVE CITIZENS and THE DAILY STORMER. Roof read this excessive propaganda geared towards the criminalization of black people. Thus, he developed a warped view of black on white crime.

Rise of the Alt-Right Platform

What is even more frightening, according to a REUTERS report, alt-right neo-nazis feel so empowered by their own anti-semitic propaganda that they have decided to march with guns in Whitefish, Montana. Their armed march serves as a response to Richard Spencer’s mother, Sherry Spencer, pressured to sell her property because it has ties to the alt-right. THE DAILY STORMER, an alt-right website linked to Dylan Roof, called for the intimidation the area’s Jewish community to help Spencer.

As alt-right “news sites” like COUNCIL OF CONSERVATIVE CITIZENS and BREITBART gain traction and press courage because of their absurdity. These platforms serve as a real danger because of outliers in our society like Dylann Roof and Edgar M. Welch who choose to act on their propaganda harming others.

The alt-right getting sucked into American culture and becoming normalized creates a clear and present danger. The media appears to have a recent fascination with them. The interviews with Tomi Lahren and Richard Spencer result in white nationalists feeling embolden by the election of Donald Trump. Normalizing the alt-right could lead to an upward trend in reported hate crimes. In addition, the propaganda being spread on the web has consequences. Furthermore, normalizing these groups can create vacuums for more incidents like the PizzaGate incident in DC. However, more tragedies like the one in Charleston, South Carolina remains a possibility if the alt-right becomes normalized.