After the wild road trip centered around Two-Face, writer Scott Snyder crafts a new story featuring the iconic villain Mr. Freeze. Unlike the previous arc featuring Two-Face, ALL-STAR BATMAN #6 delivers a tighter storyline, limiting the characters and side plots. Although the story doesn’t quite stand out in this first part of “Ends of the Earth”, Snyder’s deep exploration of the Dark Knight’s rogues continues to excite. Snyder keeps to the familiar roots of Mr. Freeze while giving the character a refreshing take on his perspective of the world. This new issue also pairs up Snyder with artist Jock. So, if you’re a fan of their previous collaboration in BATMAN: THE BLACK MIRROR—which you should be—then you’ll love the look of this issue.

READ: ALL-STAR BATMAN #5 wraps up the epic road trip to cure Two-Face, but did the issue deliver? Read our review to find out!

In part one of the “Ends of the Earth” arc, we see Bats travel to Alaska to confront Victor Fries, AKA Mr. Freeze. It seems Mr. Freeze is at it again with bringing humanity to a new ice age. This time, Freeze is accompanied by a mindless army, best described as ice zombies. They’re failed experiments that lead to Freeze’s vision for a new, better world. A different world where the dead or “the dreaming,” like his dead lover, will awaken and reign supreme. Of course, Batman is there to stop him or die trying. Well, the Caped Crusader certainly surpasses his limits, going as far as injecting himself with a cold resistant virus to stop his foe. Part one of the arc ends quite abruptly, leaving more details to be filled in by the upcoming issues. 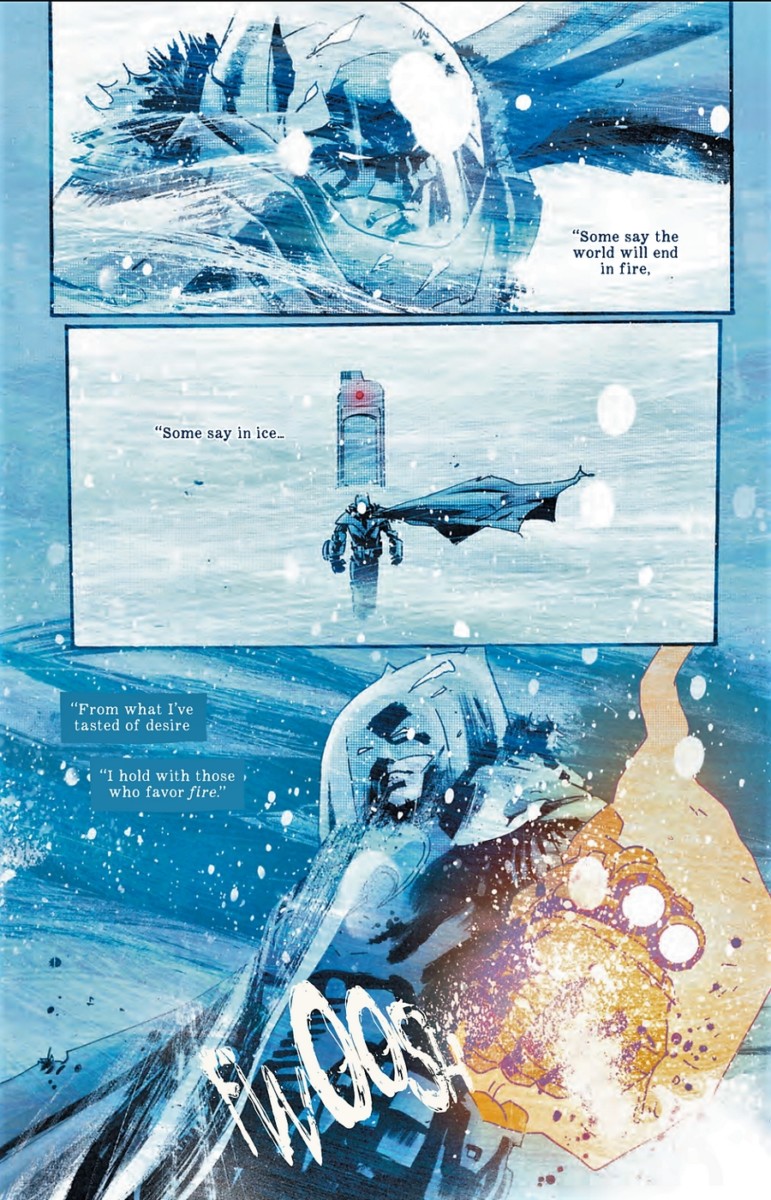 While the plot’s very straightforward and doesn’t exactly break any new Bat-ground, what’s interesting about this issue is that it reads like a tragic novel instead of a conventional comic. In this format, Snyder narrates the action scenes, as well as describes the dark fantasies of Mr. Freeze. His emotions for the living are completely absent, as Batman warns Freeze that his actions will wipe out the living. You almost feel sorry for the villain, as he’s trying to create a new world where he can revive his lost love from her cryogenic stasis and live with her peacefully. Snyder makes you forget, just for a second, that Mr. Freeze is a villain. You sympathize with the character, as Snyder takes this classic rogue and gives him depth like we’ve never seen before.

READ: Tom King’s latest BATMAN issue has some fun, intimate scenes between the Bat and Cat!

Jock’s art for the issue is fascinating to look at. The visuals perfectly capture the dark tone of the story and its two characters, making Snyder and Jock the perfect pair. Although it’s another issue that takes place outside of Gotham, Jock’s portrayal of the eerie atmosphere feels right at home for Batman. With the changing shades of blue in each page, colorist Matt Hollingsworth smoothly absorbs you into the cold setting. While the issue should be praised for its distinct characterization and storytelling, we’re also treated to some gritty brawling between Bats and Freeze. The characters’ expressions at times feel hyper, especially when Batsy is fueled with rage and the cold resistant virus is burning inside of him. It’s almost to the extent that it looks like Batman’s on fire, which eloquently contrasts with Mr. Freeze’s pale, blue skin. 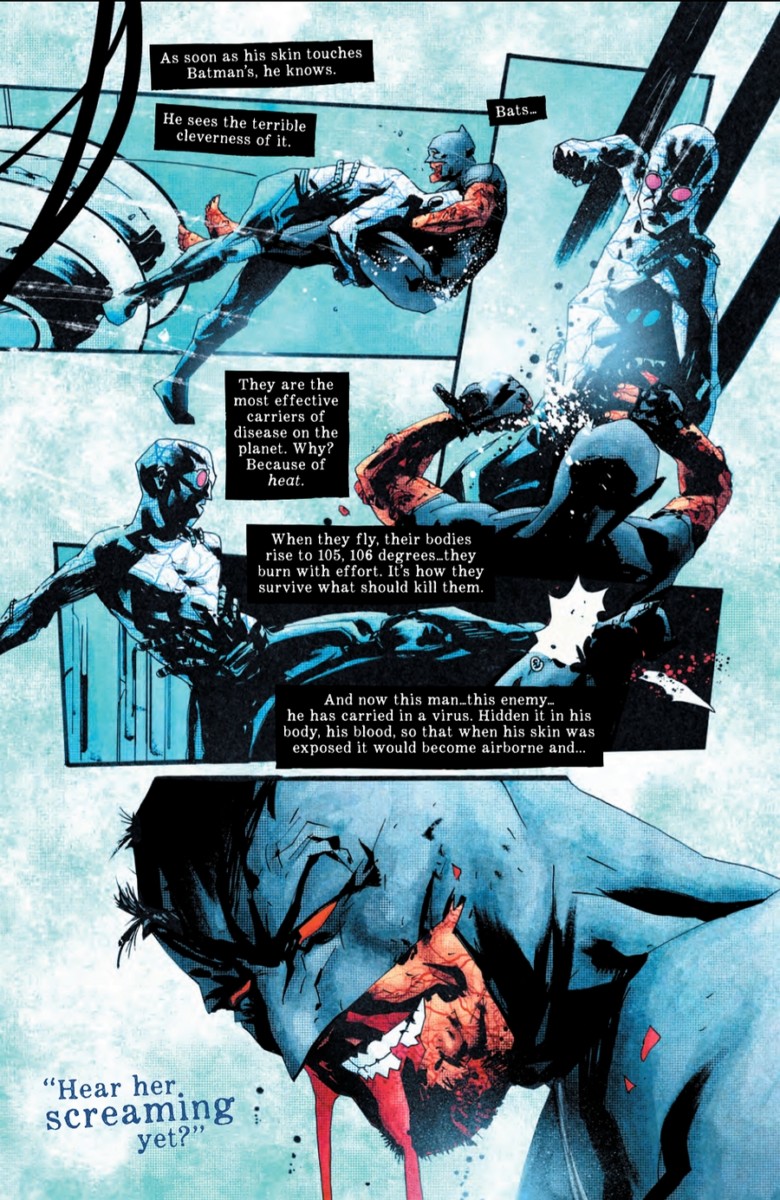 This issue also marks the return of Duke’s mini-storyline, “The Cursed Wheel.” This time, Duke and Bats are caught in a hostage situation crafted by the Riddler. The narrative continues to explore Duke’s character, showcasing his footing alongside Batman. With an explosive cliffhanger, literally, it remains to be seen how Duke will further progress at his new role.

Overall, part one of the “Ends of the Earth” arc will satisfy those who are loving Snyder’s deep exploration of Batman’s popular villains, aside from the mad clown. Snyder completely changes his storytelling style for this installment, and it’s both effective and entertaining. While it remains to be seen how the arc will conclude, it’s the villain of the story, alongside Jock’s captivating art, that makes this issue a must-read.