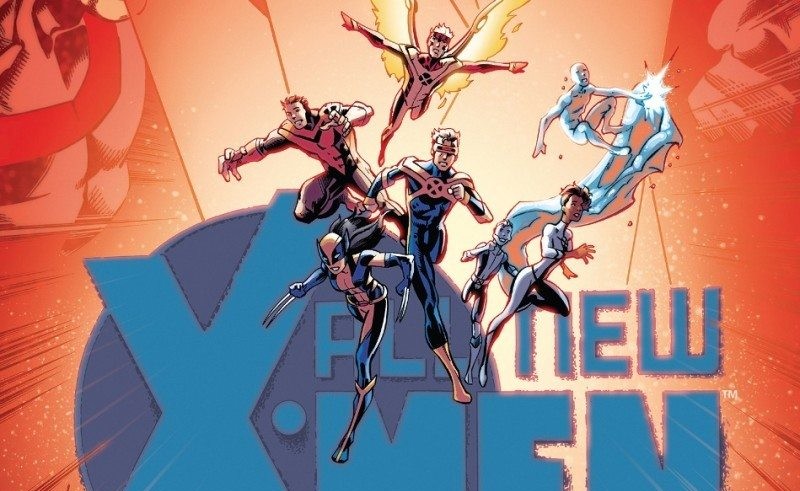 ALL-NEW X-MEN #3: What will become of the Ghost of Cyclops? And: a shot at redemption for Scott Summers!

The third entry to Hopeless’ and Bagley’s joyful teenage adventure kicks off with the extremist Ghosts of Cyclops in a tight corner, surrounded by the police. Will the young team of X-Men manage to deescalate the conflict between cops and mutants, and will they be able to retrieve one of their closest friends? 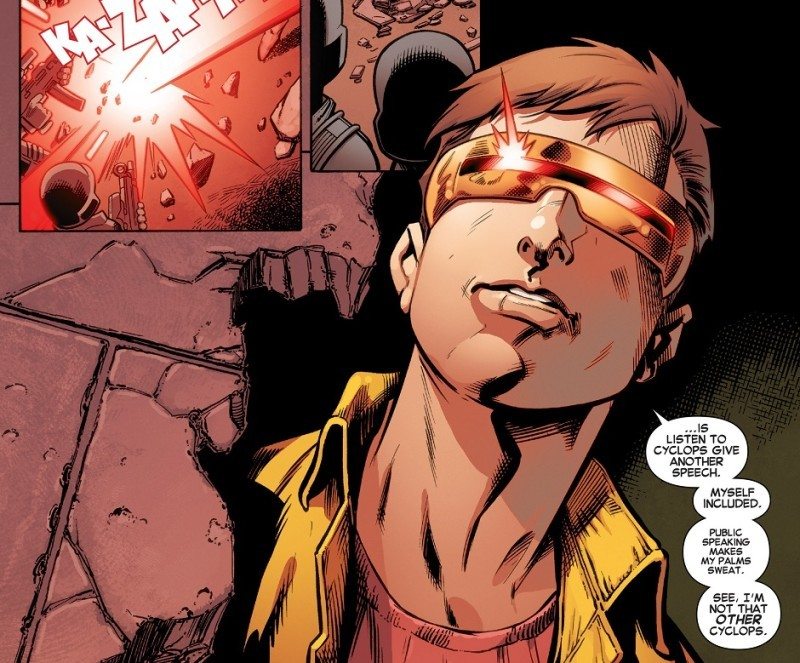 What we immediately notice reading this issue is that it’s extremely centered on Scott. This doesn’t mean the other cast members don’t get their chance to shine, but the one protagonist who really developed during the first arc is undoubtedly Cyclops. Hopeless does a good job at making his way of dealing with the burden on his shoulders from what his older self did as believable as possible – particularly his speech during the issue’s last few pages is impressively written. Young Scott claims back the name of Cyclops for himself, symbolizing that he’s ready to show the world how much he’s different from his older self. The ending of this issue also, in a funny way, parallels the ending of EXTRAORDINARY X-MEN #4.

READ: Want to mind out more about Old Cyclops? Check out this piece about the last 15 years of character development!

That being said, especially because this issue also focused on the Ghosts of Cyclops members, I’d love to find out way more about characters like Idie and Evan in future issues – but I’m confident that Hopeless will deliver after this appropriately Cyclops-centered introductory arc.

Something I had criticized back in my review of #2 was a lack of characterization of the Ghost of Cyclops members. Fortunately, Hopeless takes his time to cast some light on the individual members of the extremist mutant group, dealing with their insecurities and/or arrogance. The reader gets to know them a little better, and it can soon be said which of them is more reasonable, more fanatic or more naïve. Thus, we start caring about them as characters, rather than just as a vague concept, which is important to create tension towards the arc’s finale and their confrontation with the X-Men/ the police.

Though Bagley’s art still fits the book’s tonality and the issue is fun to look at, if we cast out eyes on his earlier work on ULTIMATE SPIDER-MAN or even his work on the pretty current title ULTIMATE END, the pages of ALL-NEW X-MEN #3 just seem pretty rushed. While it doesn’t dramatically reduce the book’s quality, it’s sad to know that artists like Bagley can and have done better.

ALL-NEW X-MEN #3 wraps up the book’s first arc satisfyingly and sets up a fun adventure for its protagonists – and even though the art could be better, it remains an issue X-fans shouldn’t miss.