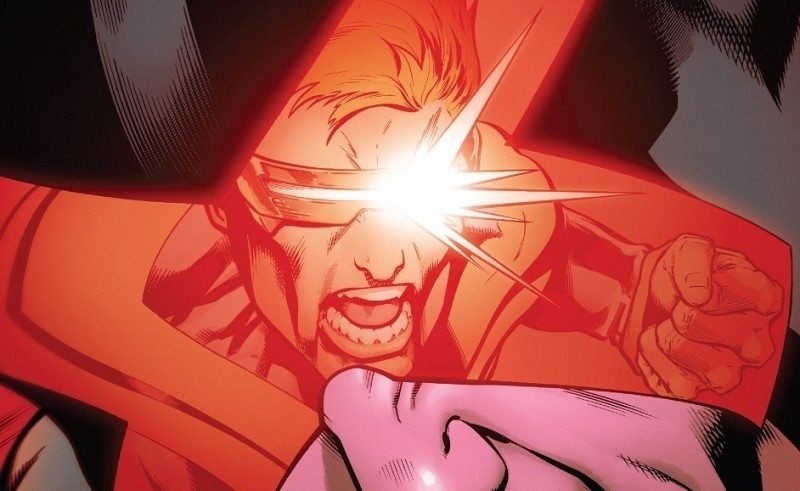 It’s issue two of Hopeless and Bagley’s light-hearted and joyful teenage X-title, ALL-NEW X-MEN – issue one of which I really enjoyed for having lower stakes than other books on the market as well as introducing antagonists with interesting political implications. Does ALL-NEW X-MEN #2 live up to this really enjoyable debut?

After a rather short battle between the time-displaced, road-tripping All-New X-Men and the thug gang calling themselves the “Ghosts of Cyclops”, both young Scott and Thirst, leader of the Ghosts of Cyclops, are taken into custody. Now it’s up to Angel and Wolverine to gather information about their enemies while Beast and Iceman need to get pizza for Pickles, their teleporting bamf friend… which goes horribly wrong…

CLICK: Feeling behind? Here’s our review of ALL-NEW X-MEN #1! 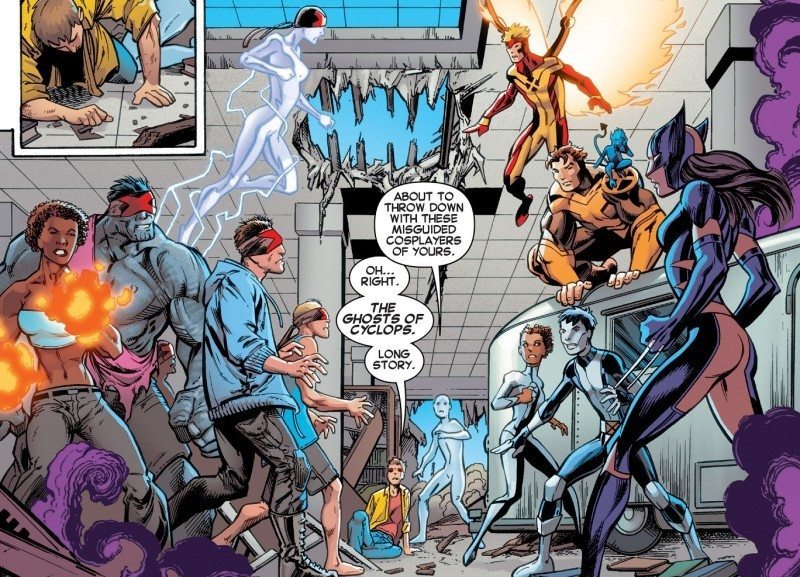 Even though Bagley’s art is perfectly suited for the kind of story being told, there is a clear decrease in quality from the first issue. Many of the panels lack detail, some faces are drawn a bit sloppy, and overall, the artist has done much better work numerous times. That doesn’t mean this is a visually bad comic. The artist, but especially the colorist Nolan Woodard does a good job at conveying the relaxed and youthful atmosphere readers love about the title. Yet, Bagley just has the potential to do better, and he has numerous times.

I was positively surprised with how the Ghosts of Cyclops were handled in the debut issue since they worked as an analogy to real life activism/extremism. Unfortunately, this issue does not do as much with the concept of this group as it could have, let alone characterize the members so the reader even gets a vague idea about any of them besides their leader, Thirst. They’re just incredibly replaceable, and at the end of this issue, they remain faces only to me as a reader. The motivation behind what they’re doing seems too plump and crude. There’s no internal struggle that would make them any interesting. In addition, Hopeless doesn’t delve further into the topic of political activism gone wrong and how the public reacts. He wastes the potential this first group of antagonists could have had.

READ: X-Men comics are known for being socially and politically active, but have they stopped interrogating these issues lately? Find out in our analysis of X-Men comics! 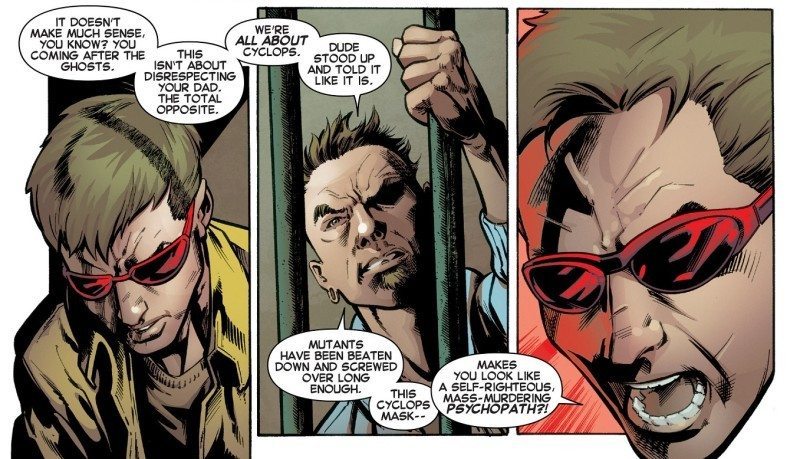 The focus on the character of Scott Summers is definitely something the book benefits from. But at times, it feels like the point Hopeless is trying too hard to make a point about how Scott struggles with his alleged destiny and with what his future self did, thus hates the Cyclops identity. The book is so heavily focussed on it’s main character that many other team members barely get any spotlight. While the dynamics between Angel and Wolverine, as well as the ones between Beast and Iceman, are clear and believable to the reader, Evan and Idie are two characters totally abandoned by these first few issues. Which is a shame, since they’re new to the team. Why did they decide to go with Beast? How did they get on board? What are their current motives and struggles? Questions upon questions, while the reader is left wondering why 25% of the book consists of Cyclops telling us how much he hates himself. Also, why is there a pretty important sub-plot about the relationship between Wolverine and Angel when these characters already have a book dedicated to them?

READ: Need more Wolverine in your life? Read our review of ALL-NEW WOLVERINE #2!

Despite all this seemingly harsh criticism, I actually still had a very fun time reading the issue. Something the creative team managed, which makes the book extremely compelling for adolescent readers, is to make the team’s interactions and little adventures feel like something that could have happened within your clique. Beast and Iceman feel more like friends to the reader than fictional characters, which is probably all you could hope for as a writer, and their interactions during this issue are very believable and make me curious to find out more about what’s ob Bobby’s mind. The love for detail, like the behaviour of Pickles or how the arrival of the O5 X-Men in the present has become a fan theory on the internet, makes the book as lovable and vivid as it has to be. And the concept of a lower-staked, fun book definitely works. 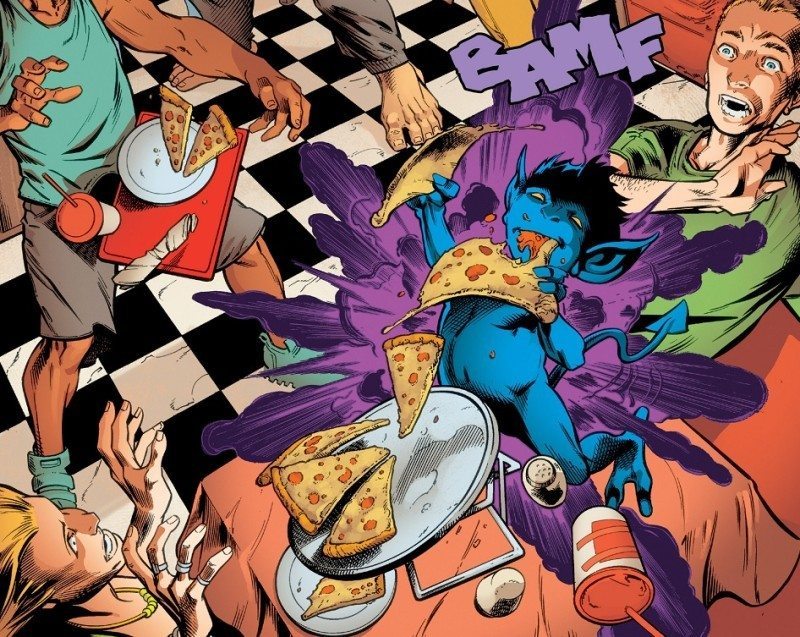