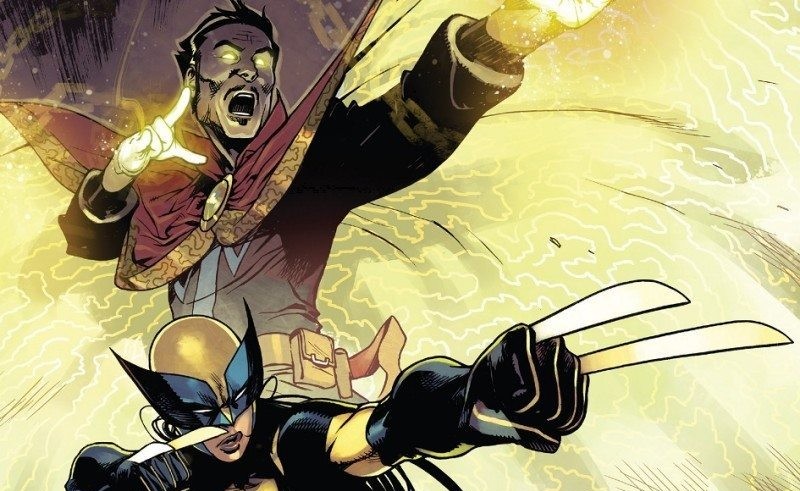 The All-New Wolverine and Doctor Strange team up!

Laura Kinney, Wolverine, is trying to save the lives of her clones – and she consults Stephen Strange, the Sorcerer Supreme, the last hope she and the three sisters have. His ability as a sorcerer to see through the Eye of Agamotto comes in handy, though, as they take a detour to the New York hospital…

Where ALL-NEW WOLVERINE #3 was action-packed and fast-paced, issue #4 is a lot more quiet, with many touching, hilarious or dramatic character moments. The three sister become as important to the reader as never before, and the issue also thematizes the way Laura works as a legacy character to Logan. In a clever and believable dialogue between Stephen and Laura, the Fourth Wall is once again destroyed as Tom Taylor directly addresses fans’ concerns about a female character in the costume of Wolverine. Since there is a lot of backlash against diversity in superhero comics, answering with humor is probably most appropriate. There’s a lot of humor in this issue, in general, which makes it, despite the thematic, a light-hearted read.

LISTEN: Like Doctor Strange? Check out the 61st ComicsVerse Podcast all about the Sorcerer Supreme! 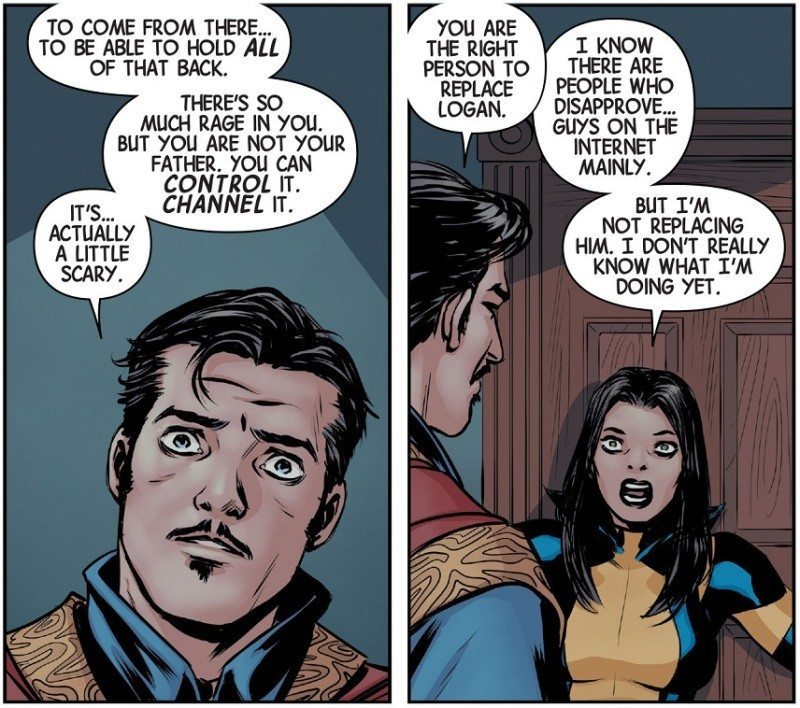 This doesn’t mean though that Taylor disregards the more serious moments. The Eye of Agamotto page summing up Laura’s past is hands-down one of the most impressive comic book moments in a long time, incredibly well executed by the two artists, Lopez and Navarrot. Again, Laura’s character development has been amazingly displayed, this time without rubbing into our face the fact that she doesn’t kill any longer. 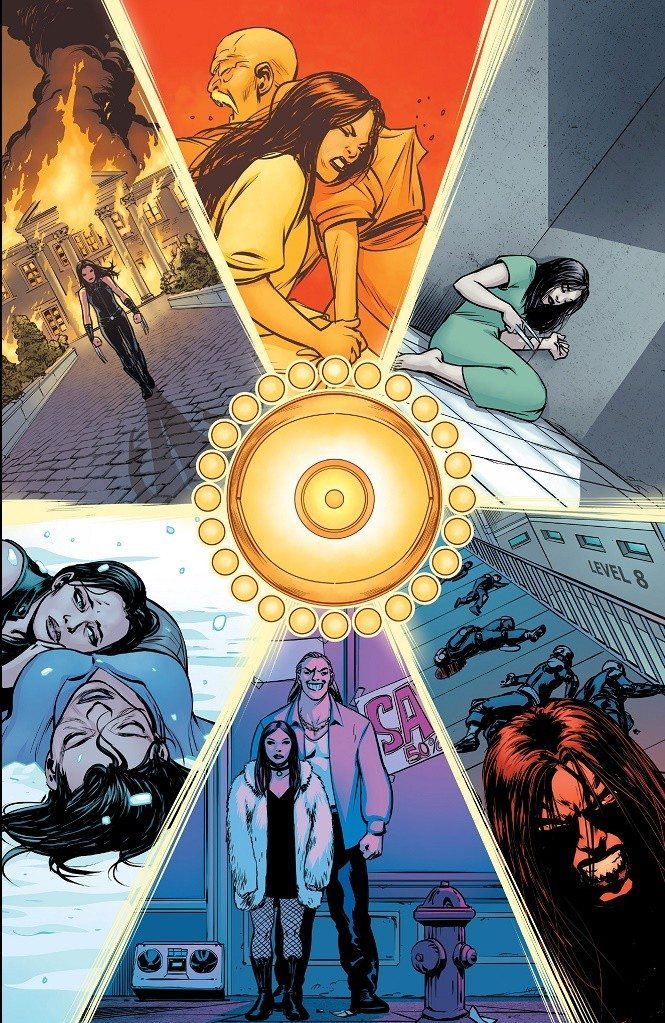 While I think that ALL-NEW WOLVERINE #4 is, overall, a beautifully written issue with great emphasis on character moments, I can’t help but feel like some of what’s going on when it comes to the plot is forced. The entire issue would have easily worked without Doctor Strange, and the cliffhanger implying the appearance of yet another Marvel hero that is gaining popularity at the moment just has a negative connotation: Laura is far too interesting a character for her solo book to be turned into Marvel’s way of cross-promoting its new MCU characters.

READ: Our review of ALL-NEW WOLVERINE #3!

Along with that, a general problem this book has is that it doesn’t feel like the plot is really moving forward, and at the end of this issue, we’re back where we left off: a cliffhanger hinting at the appearance of yet another Marvel character that will, in some way, be able to save the sister’s lives. This makes the issue kind of feel like it lacks substance, and it automatically becomes less satisfying a read.

Even though ALL-NEW WOLVERINE #4 treads water and seems like a forced way of cross-promoting MCU characters, there’s a lot of heart to it, and it’s beautifully written.