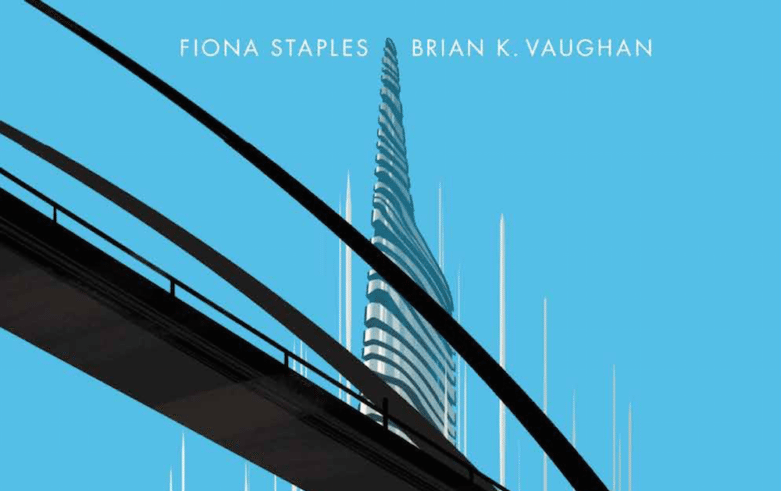 When you get the chance to read through Brian K. Vaughn’s and Fiona Staples’ SAGA VOL 6 a very clear theme emerges: diversity. However, it isn’t the stereotypical, we are all different and beautiful little flowers under the sun in a paradise of bounty kind. Instead, the issues focus on the tension between people due to their differences and argues, as Hazel says in voice-over, “that cultures often clash for the same reasons that people do. It’s not because we’re so different from each other… it’s because we’re so similar.”

READ: Want more of the epic space opera? Check out our analysis of how relationships in SAGA are like modern-day ones!

Although this particular quote and theme isn’t introduced until much later on in the arc, it is a thread and concept that has been building since the very beginning of SAGA with the argument that Marko and Alana have in the first issue over whether or not they will cut Hazel’s wings. It is a ceremony that Marko finds archaic and religiously fanatical but Alana says is really more of a cultural thing and important to her identity–can you say castration metaphor? While this focus on cultural clashing has always been important to this book’s storytelling, it has never been the main theme or focus of the book. It was just a piece of background that helped to fill out the world. In this arc, however, the theme is thrust into the spotlight when Hazel is trapped in a Landfall internment camp that is trying to rehabilitate Wreath women and children. 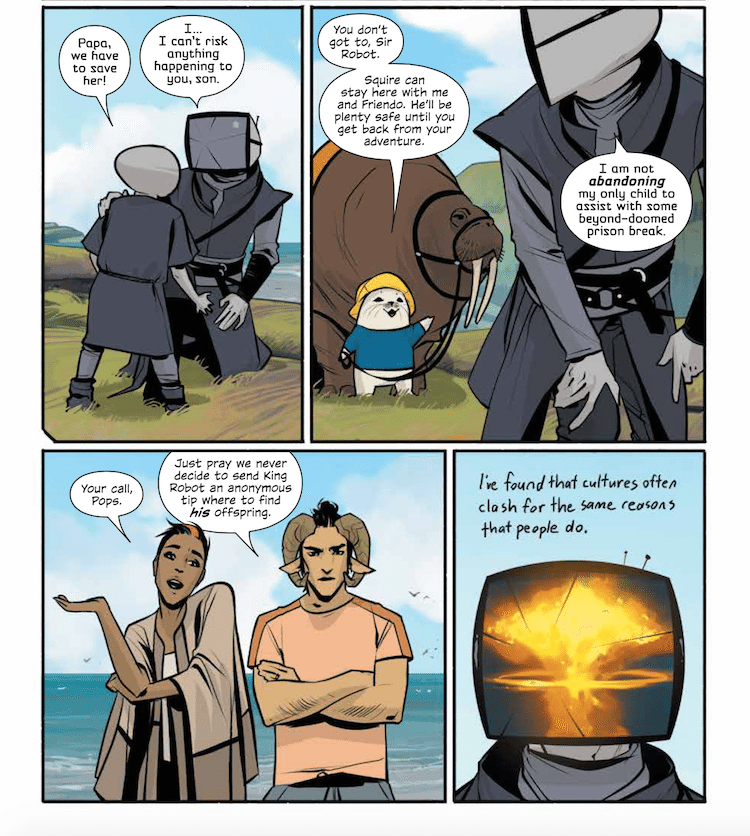 The camp, in general, represents the ultimate culture clash: teachers are brought in to teach Wreath children that Landfall is good even though they have been killing their people for years. This has occured in a million different contexts a million different times, but this situation sounds eerily similar to when the American government attempted to re-educate native people to behave as though they were white–which NPR wrote a great article about if you’d like to learn more. The school—which Hazel correctly identifies as a prison—is supposed to completely eliminate cultural difference. These children will leave with a love and understanding of a culture that they were not born into. In addition, Hazel’s teacher admits that this rehabilitation goal is also a lie; the Landfallians just need somewhere to keep their prisoners until they can be traded for one of their own prisoners. Within the world of SAGA this is the highest form of evil, and the school is the clear antagonist whom our protagonists must fight in this arc.

LISTEN: Got a Guilty Pleasure? Check out our latest podcast where we discuss our favorites, including ALL STAR BATMAN AND ROBIN and ARCHIV VS. PREDATOR!

Outside of the school, the characters throughout the arc are constantly at cultural odds with each other. Marko and Alana clash again when they are looking for Hazel. Marko says that he at least hopes that his mother has taught Hazel the basics of witching, which is basically magic (though Marko argues it is much more of a science), to which Alana retorts with a sarcastic “Terrific.” These differences and petty arguments are present on a much larger scale, however, outside of our metaphorical Romeo and Juliet. 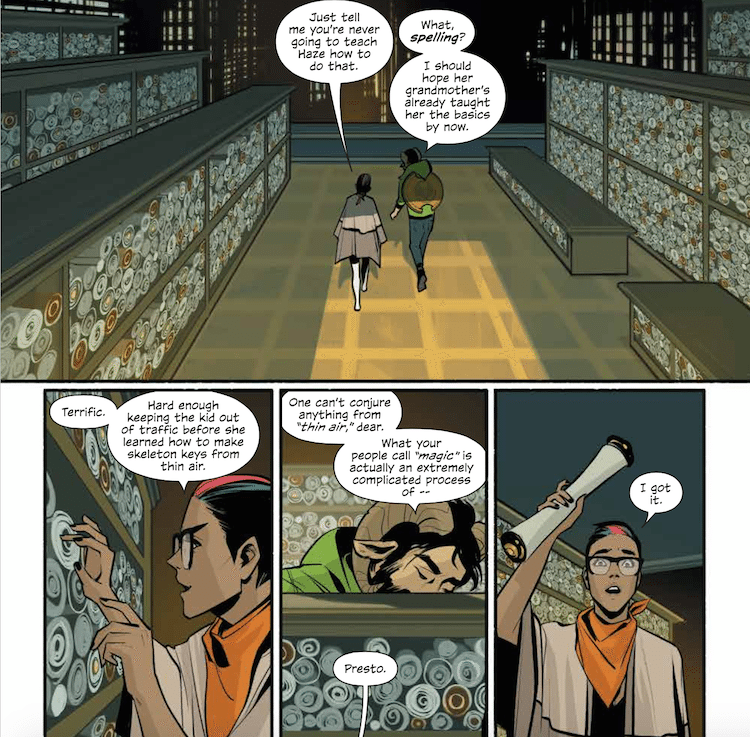 It seems like every character in SAGA is always facing and fighting unfair judgment and bigotry while also embracing some hypocritical ideals themselves. Prince Robot IV is on the run from his society’s version of the patriarchy but embraces an older version of patriarchy in chivalry. Upsher and Doff are judged and persecuted for their sexuality, but Upsher has problematic ideas about Doff’s biology and asks if it is his time of the month. Klara is on the run from those who don’t believe in a mixed child like Hazel but judges an inmate for having a different gender than her genitalia indicates.

In some ways, this arc of SAGA is excellent because it presents a lesser version of Gillian Flynn’s feminist reasoning for Amy Dunne’s actions in GONE GIRL: true diversity means showing people from every creed, gender, race, and disability as real people who have their own biases and evils. No one is perfect, and in SAGA, instead of getting to see the ways that people are different, we see the way that they are the same. Because, at the end of the day, we’re all kind of assholes and willing to do whatever it takes to protect those we love. It’s sweet…in a depressing and realistic kind of way–thanks, SAGA!